Below is a story of a long distance affair between Peter Nicholls and A125 Polaris II in Mexico.

Fairey Atalanta hull no 128 left the Hamble works on 10 May 1960 and was bought by Enrique Huber in Mexico.

In August 1992, the AOA received a letter from Peter Nichols about A125:
“Mr Huber and I examined A125 yesterday, as she had been in storage for over 28 years. She was still painted in the original Fairey Marine colours. We found some scorpions inside. We floated her in the water. Her hull was as sound as a bell. She took in no water when floated. Both keels were wound down, greased, serviced and wound back up again. The engine was unserviceable. All the standing rigging and fittings were in good condition. Some of the minor fittings need replacement. The sails were as new, but the toggle lashings were rotten. Similarly, all ropes were rotten. However, the mast was warped, as was the boom and spinnaker pole. The survey was limited by the time available. She was returned to storage. Mr Huber was going to sell her, but following our survey, he has changed his mind and now wants me to help him restore her.” 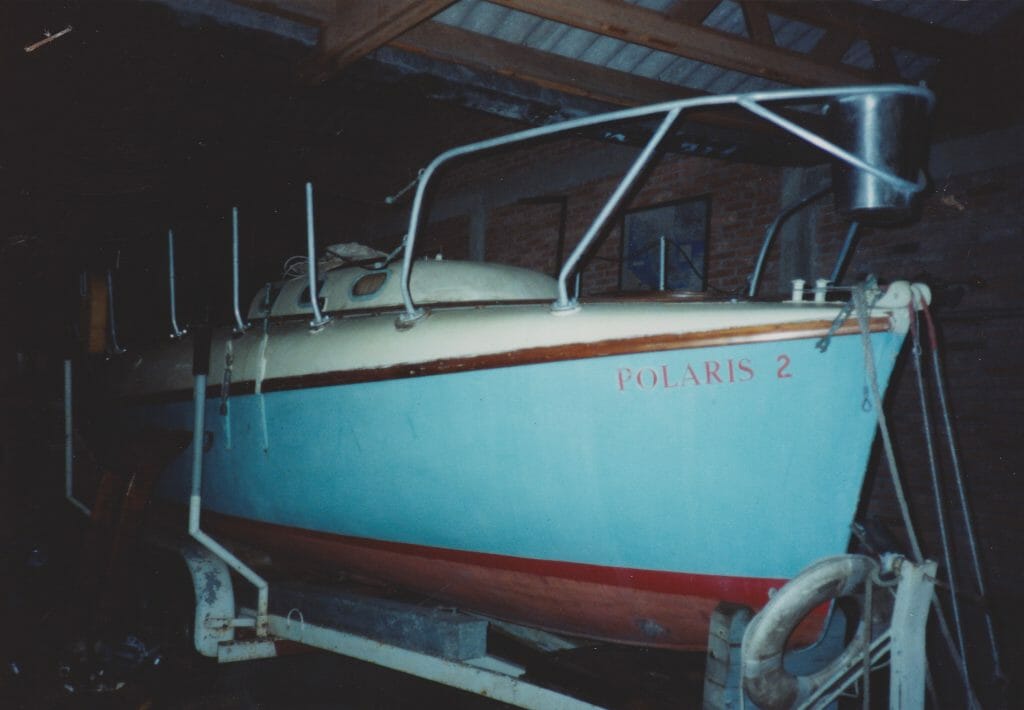 A125 “Polaris II” in Mexico as seen before purchase. Baot had not been sailed for 20 years. 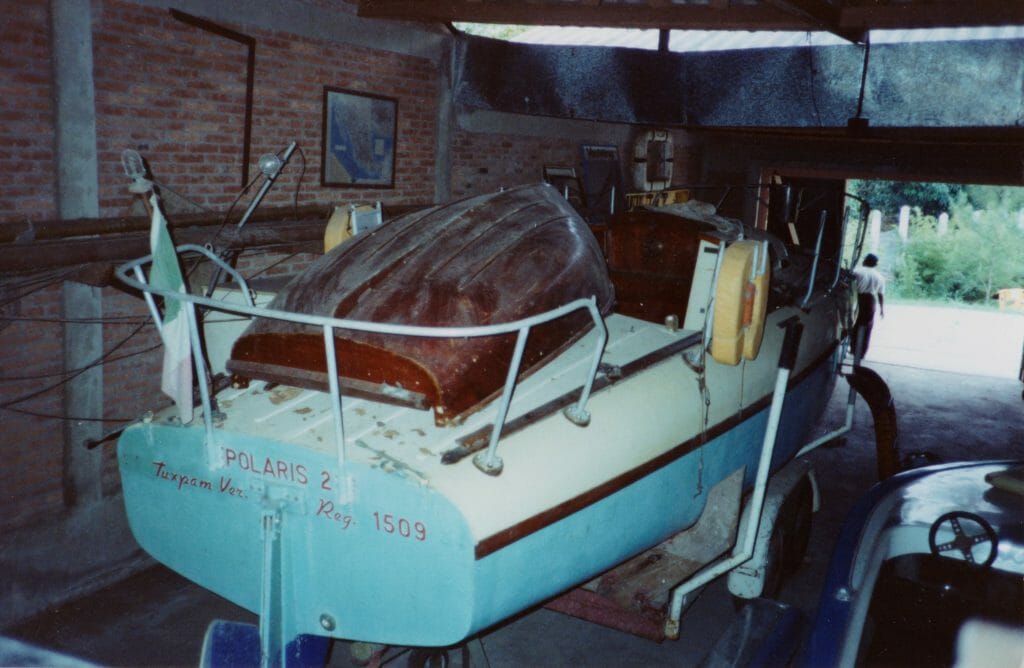 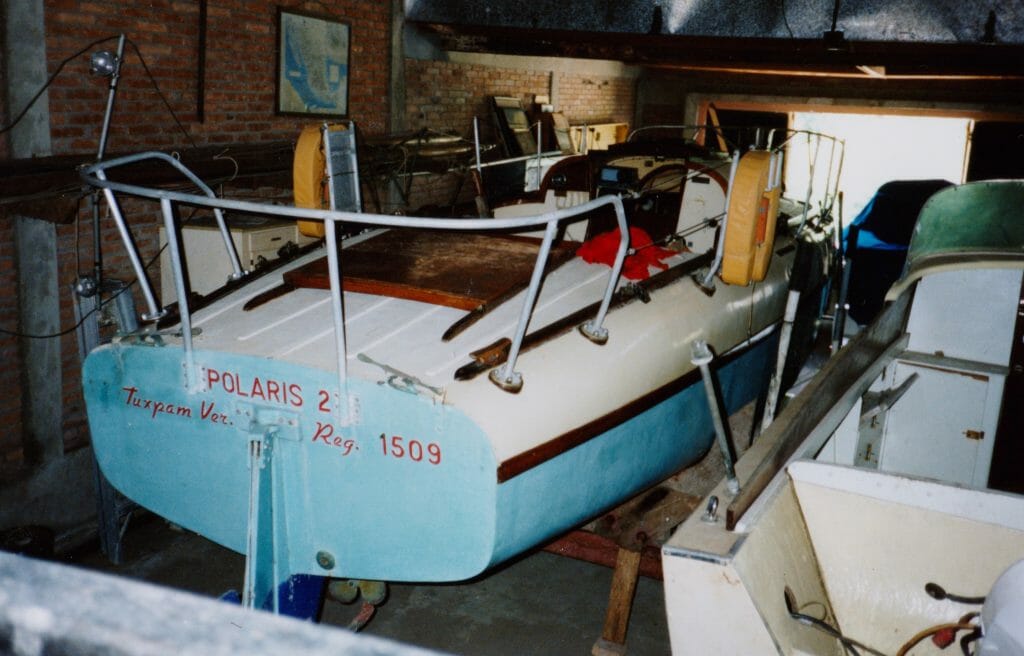 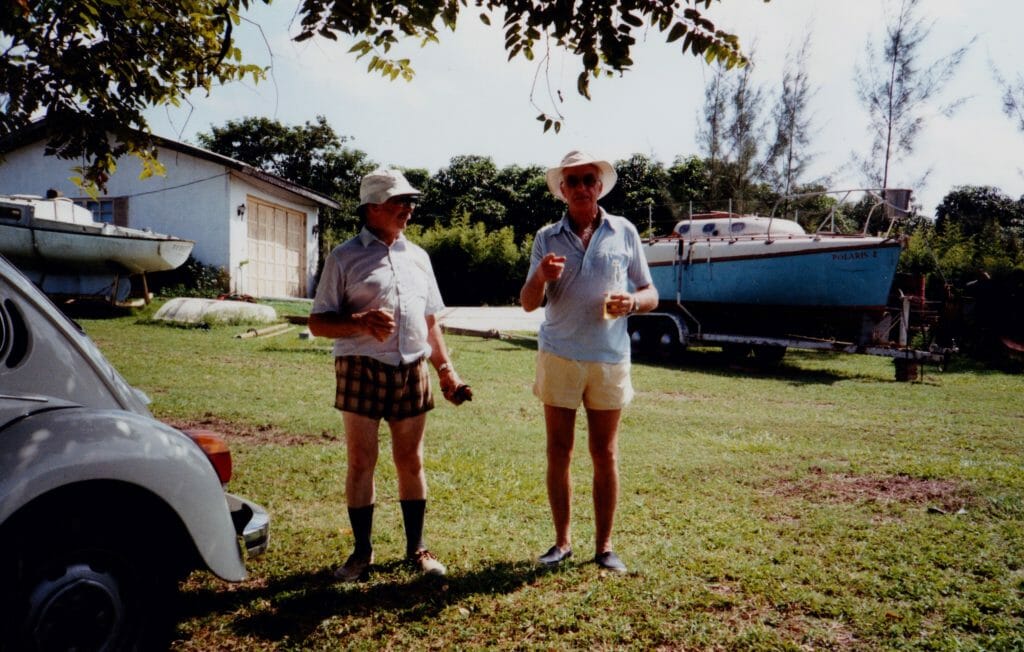 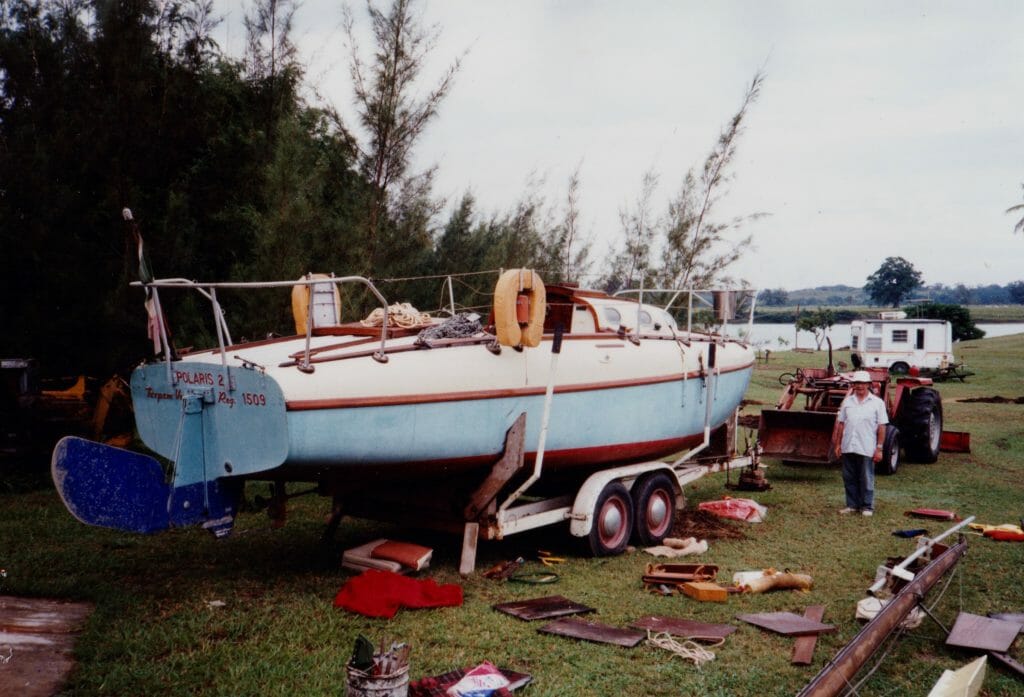 A125 “Polaris II” reported that it floated successfully in 1992 and then seemingly went back into storage. Caption on pictur states “that there were scorpions in there too”. Boat currently thought still to be at Tuxpam, Vera Cruz, Mexico 20

In April 1994, the AOA received a further letter from Peter Nichols, to say that she had been painted for the first time in over 30 years.
An email from Peter Nichols in 2005 reported that Mr Huber had died some years ago, aged 95 and the boat had been passed to his daughter and was believed to still be in storage.

In January 2018 the AOA Secretary contacted Peter Nicholls. Sadly Peter has died but his widow was able to provide news of Polaris. The boat had succumbed to woodworm, or some similar insect, and was destroyed.