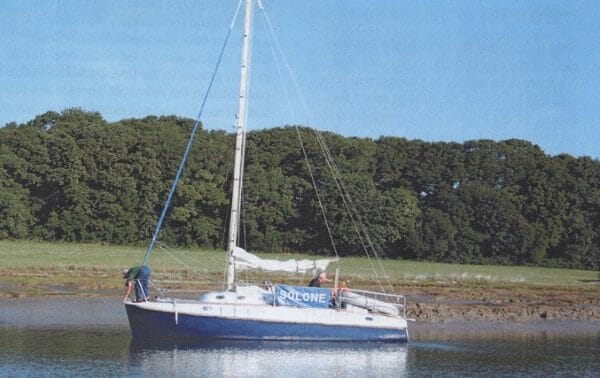 Keith Viewing’s wonderful Solone is now for sale. Set up for serious cruising Solone is looking for new adventures. Invoices available for all works carried out. Solone has been laid up ashore undercover for some time and will need some work to re-commission her.

Please contact Keith’s daughter in the first instance at piaviewing<at>free<dot>fr (replace <at> with @ and <dot> with full stops).

Lying: Undercover in a shed, Christchurch

Keels: Hydraulic lifting equipment (The starboard hydraulic ram has been repaired and needs to be fitted when the boat is lifted out of winter storage in the shed)

Bilge Pumps:  one manual, one electric

Accommodation: The accommodation is divided by a centre-cockpit that includes a life raft and gives access to the engin beneath the floor. Hinge bunk-boards provide for two more beryhs in the cockpit. The fore-cabin includes a forepeak for the toilette and Anchor rode and two bunks. One of thèse has a radio station above. Aft of the inclined bulkhead there is a gallery and stores to the port and a spacious chart table and stores to starboard. The tool box is fitted beneath cabin step. The aft cabin includes two bunks with access from the deck. An inflatable dinghy is carried on the aft-deck.

Planking:     Agba (or White-Tola) veneer applied in four applications to the moulds of the hull and the deck. These were compressed under vacuum in a rubber bag and the adhésive resin cured at 100 °C in a steam heated autoclave (British Standard 1203/4). The technology was developped for the manufacture of the wooden De Havilland Mosquito fighter-bomber during WWII and was used also for the airborne lifeboats of the time.

Keels : two retractable keels each of 227kg, are on either side of the hull operated by hydraulic rams. Steel clamps prevent movement of the keels in the swell. With keels raised the draught is 0,45 m and lowered 1,74m. A robust inclined bulkhead supports the mast and the keel pivots.

The boat has been on trip to the River Frome, Wareham, several times crossed over the Channel to Brittany, for BREST 2000 and also sailing around the Sept Îles and south in the Morbihan islands. 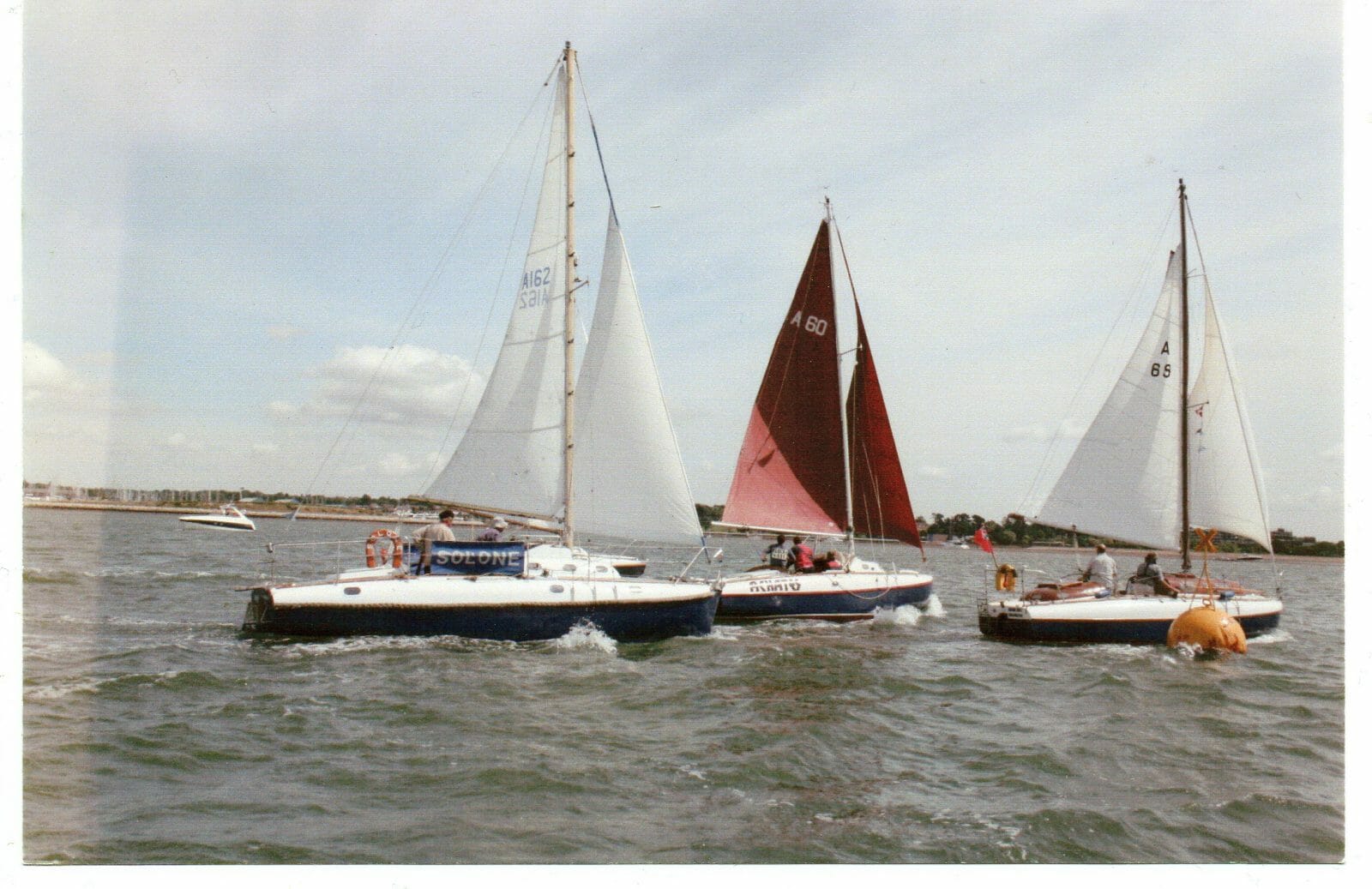 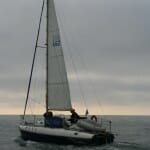 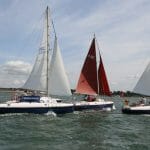 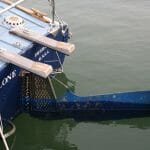 A162 Solone. Note the bars for stowing an inflatable. Also the stainless steel rudder stock. 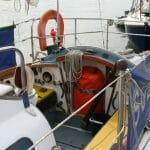 A162 Solone. A serious offshore cruising Atalanta which has numerous modifications. Aft cabin washboard is a permanent fixture which holds a liferaft. Access to rear cabin via deck hatch. 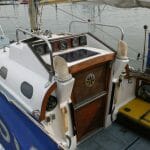 A162 Solone. Galley area. Including Taylor’s heater with the flue protected. 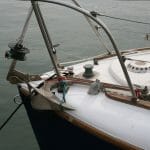 Typical Atalanta foredeck. This is probably A162 Solone. 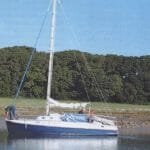 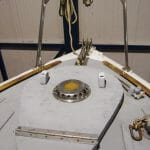 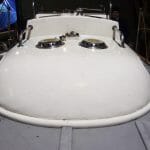 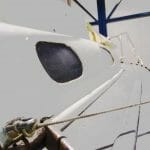 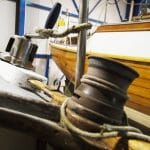 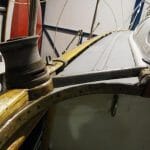 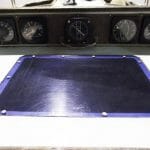 A162 Solone main hatch and instruments 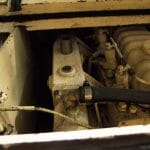 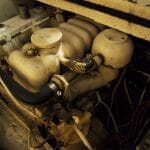 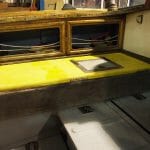 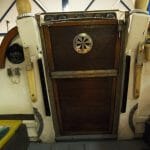 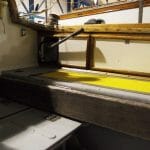 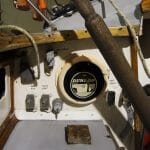 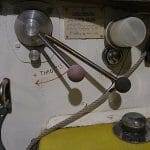 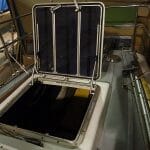 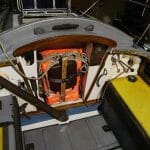 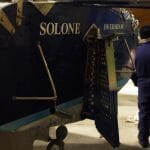 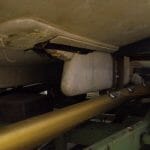 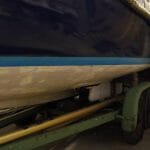 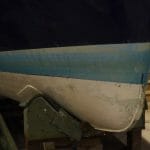 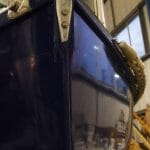 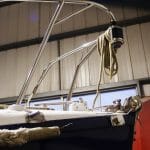 Font Resize
Contrast
MENU
We use cookies to ensure that we give you the best experience on our website. If you continue to use this site we will assume that you are happy with it.OkRead more