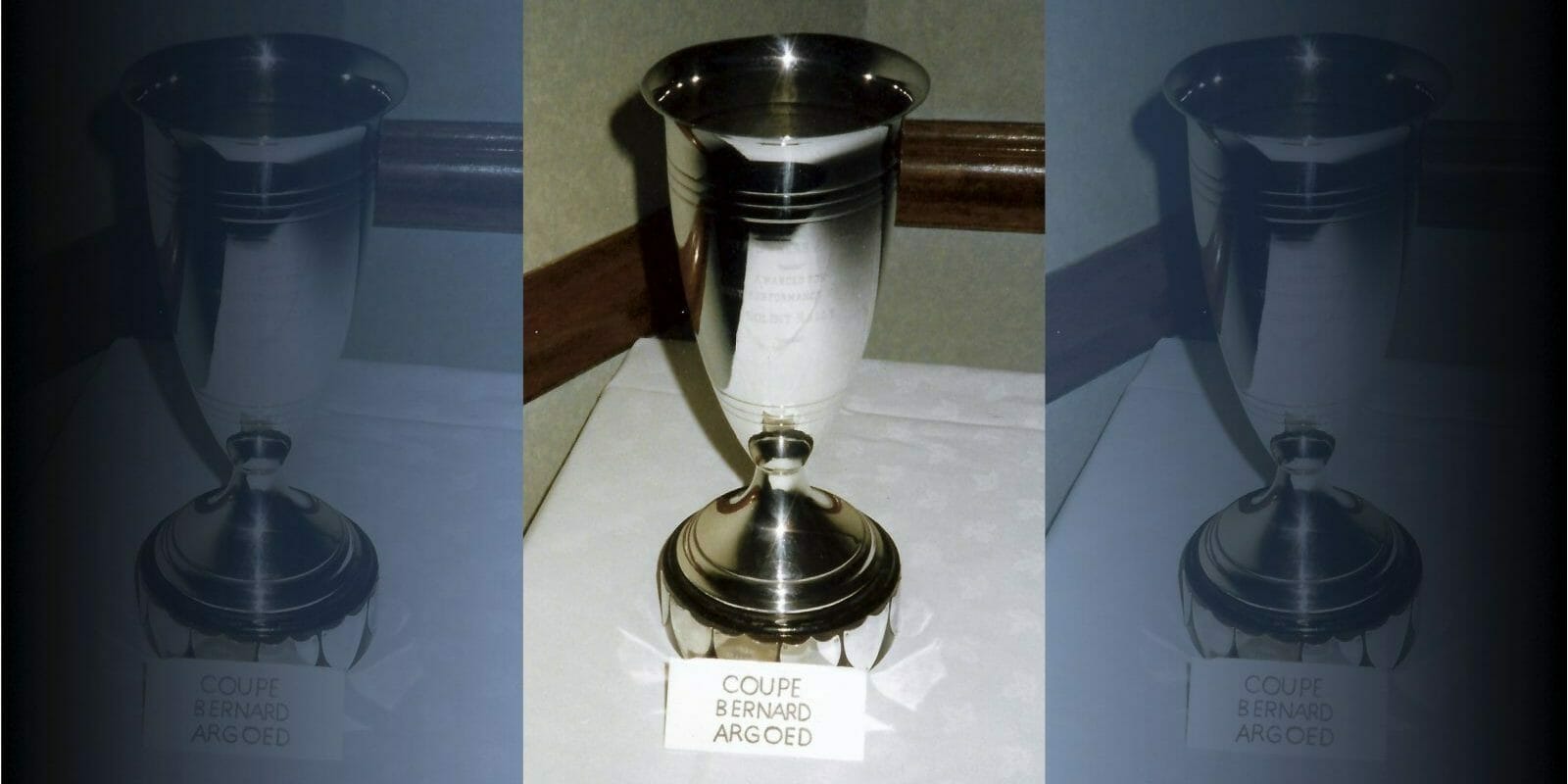 For activities on The South Coast (UK)

Silver Cup. The Coupe Bernard Argod was donated by Bernard Argod who livein Paris as a trophy for Solent to Cherbourg race. M.Argoed was a French importer for the Atalanta. He imported A136 as a demonstrator at the Paris Boat Show in 1962 and this led to more sales. In 1962 he presented the cup to encourage entries in a whitsun Solent-Cherbourg race. Unfortunately this never quite got established. Over the years the exact award has varied and more recently it has not been awarded very often.
The trophy has been awarded for different South Coast based events through the years.