There are three Fairey Marine tenders to complement the Atalanta series of yachts.

This is an 8 ft long dinghy. Constructed in the same way as the Atalanta, hot moulded in Agba Veneer. Many of them have a flap in the transom. The flap folds down so that the tender can stow upside down on the rear deck, above the aft cabin. The flap makes room for the aft cabin hatch, which would otherwise have to be left open. Some of them have a sailing rig, and leeboard, but they have limited sailing ability (which is only to be expected of such a small boat). 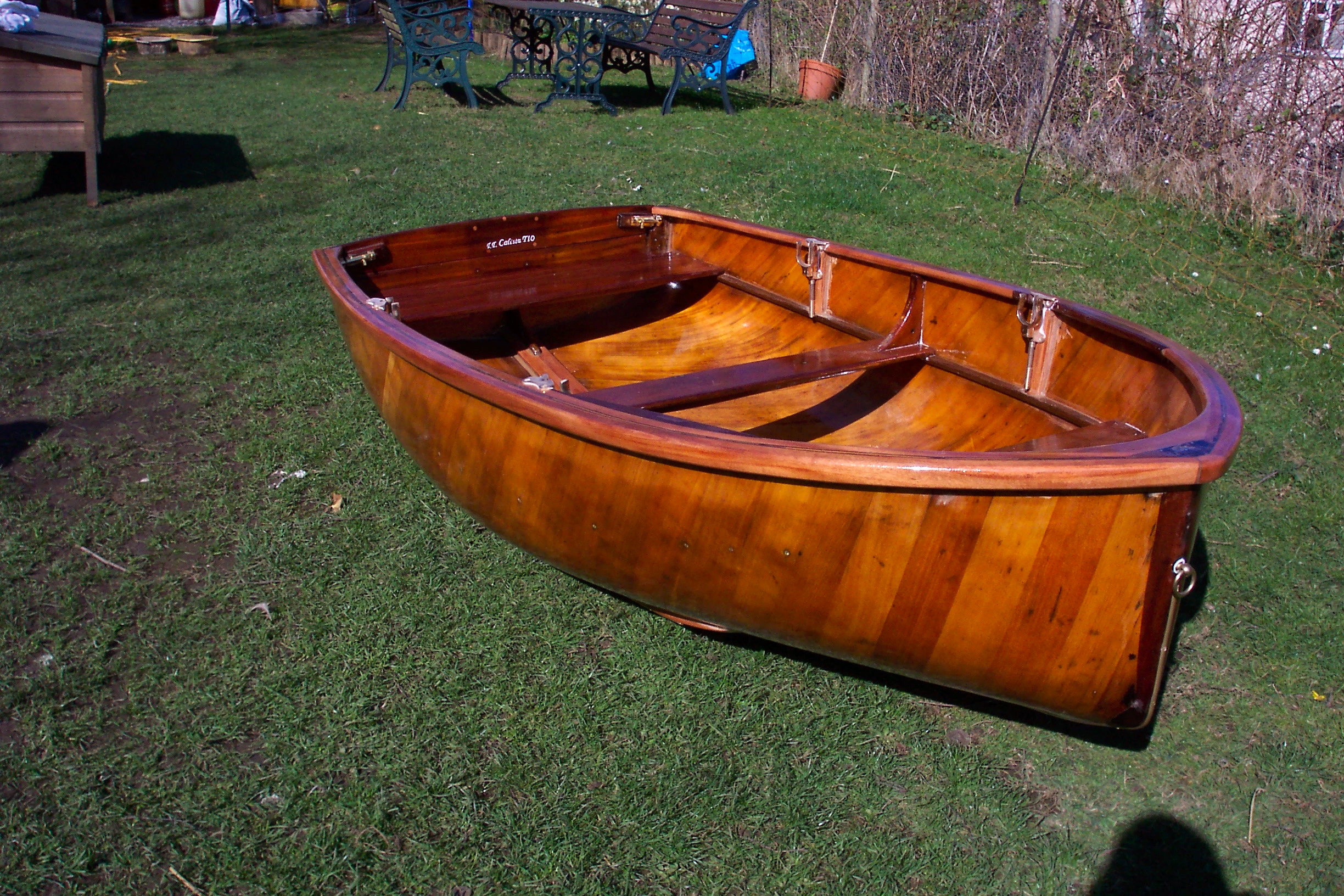 Restored Fairey Dinky, an ideal tender for an Atalanta. Note the flap in the transom, hinged just above the rear thwart. 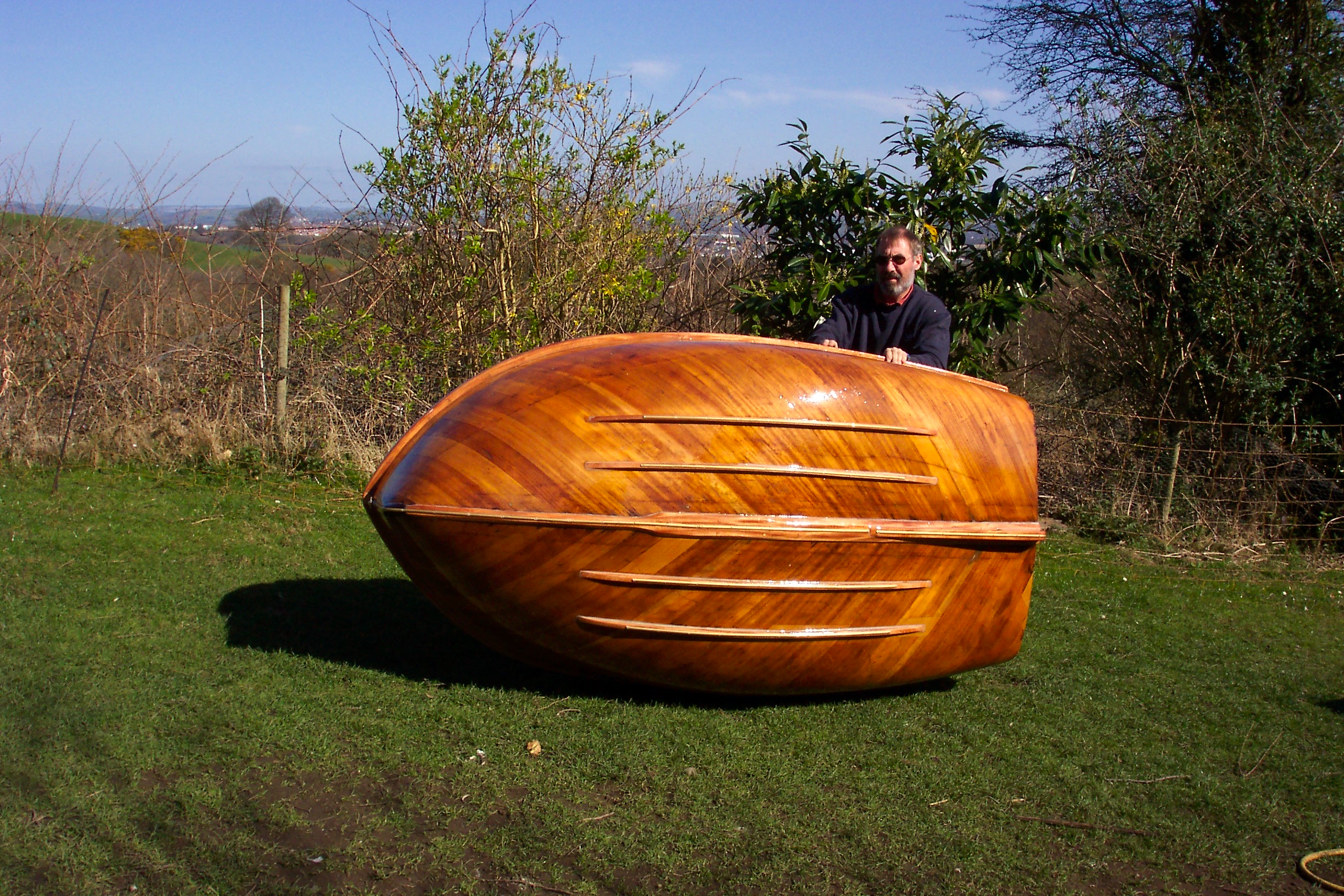 A larger dinghy, again hot moulded. This is too big to fit on the aft deck, so it has to be towed. However it does tow well, even offshore. Calista has towed one for over sea 1000 miles. They are true sailing dinghies. They have a proper alloy centreboard (cut down from a firefly) and are rigged with main and jib. Most are gunter rigged, but those sold for club racing (when new) have a bermudan mast. They row well and make a perfect sailing tender. 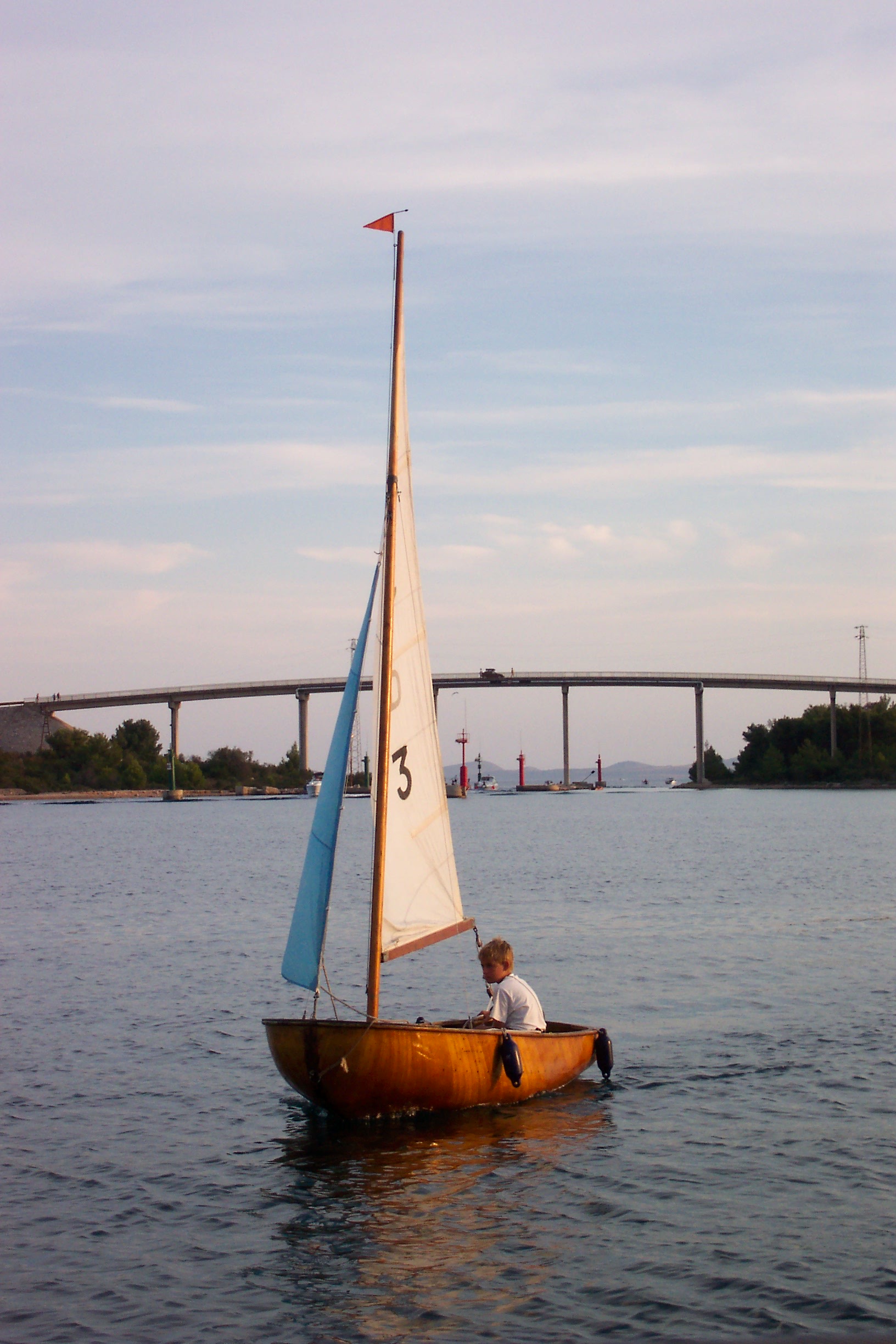 Sailing a Duckling in Croatia 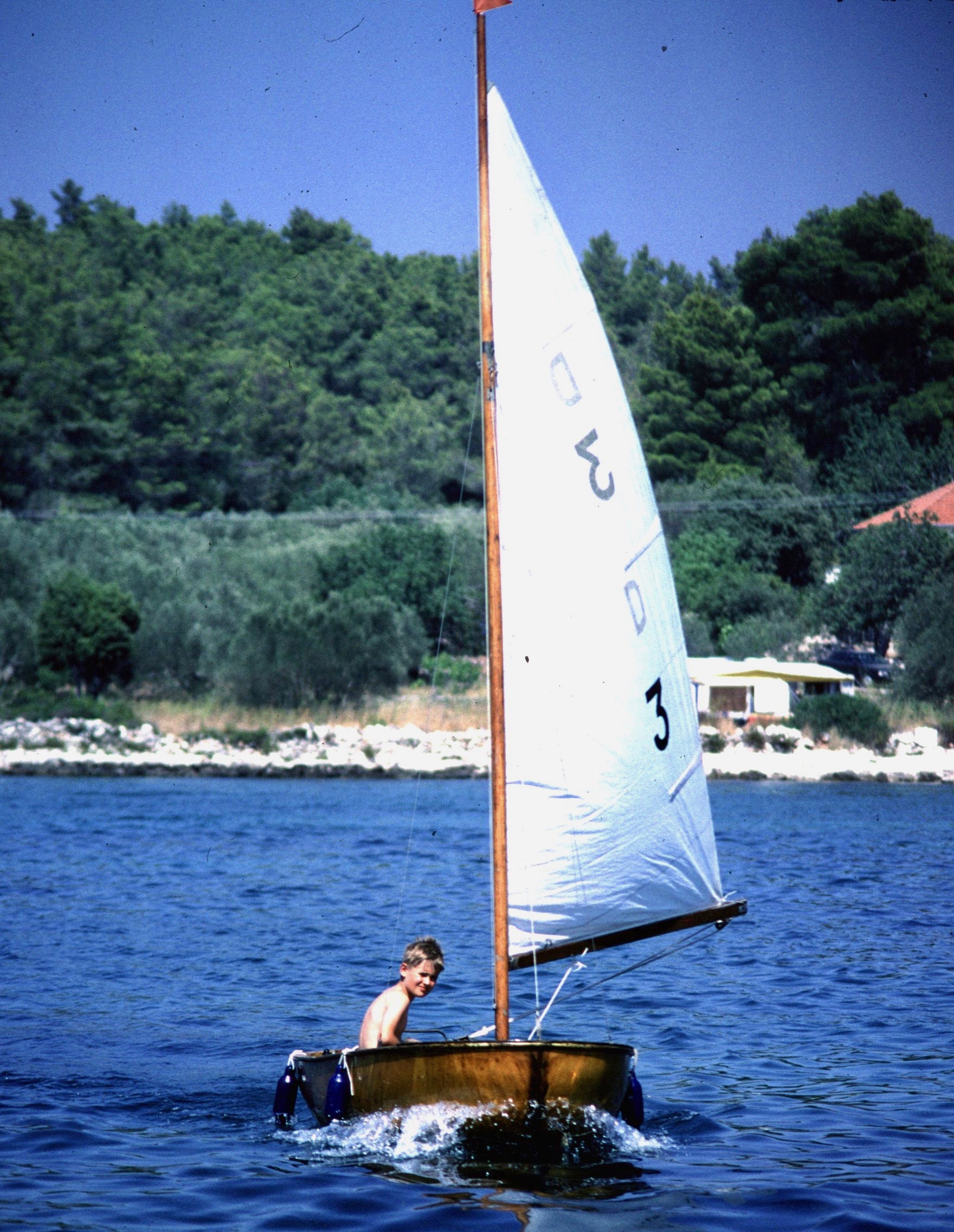 Fairey Duckling. An ideal sailing tender to an Atalanta or Titania 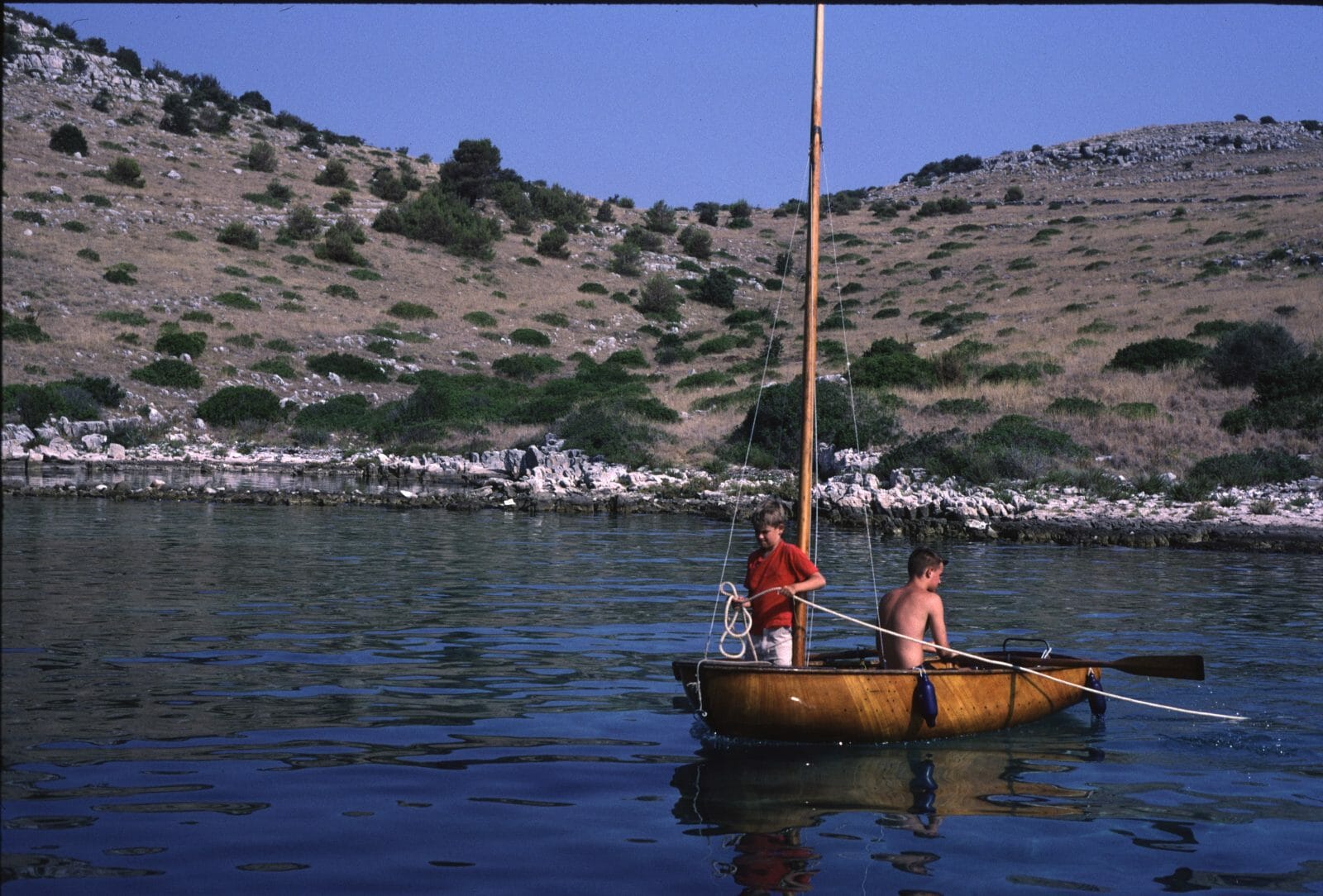 Plans are still available from the Uffa Fox website.

The pixie is usually thought of as being a canoe. It also has rowlocks and oars, It is pretty narrow, so not my ideal tender. However it is great fun. It is made in two parts, each identical, and one can stow inside (near enough) the other. It was intended to fit onto the roof of a small car, but it is equally at home on an aft cabin!

Originally sold via a two line advert in the daily papers! Cost £50. Supposed to be made from the Atalanta coachroof mould. 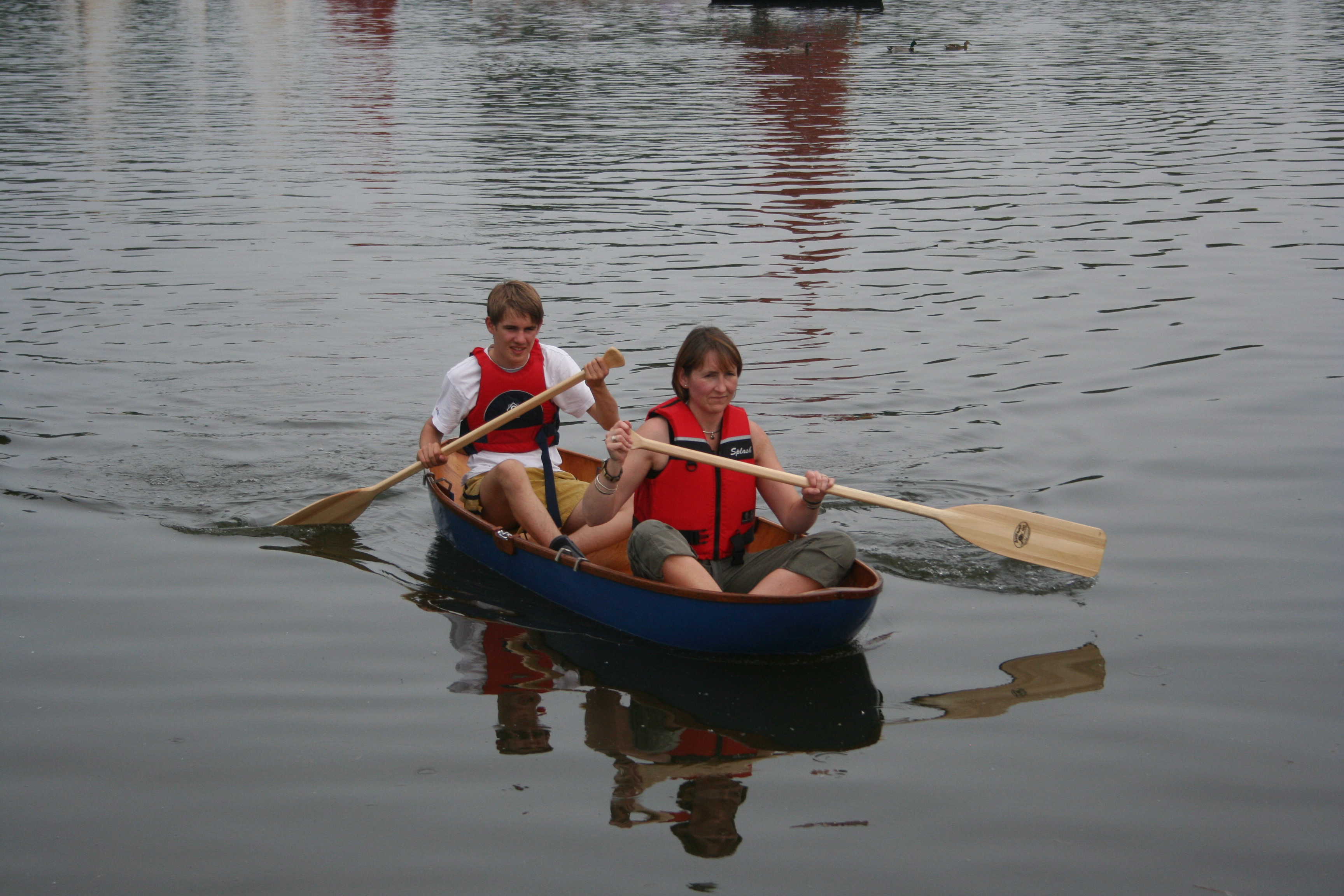 Fairey Pixie, in use as a “canadian canoe”. It can also be rowed. 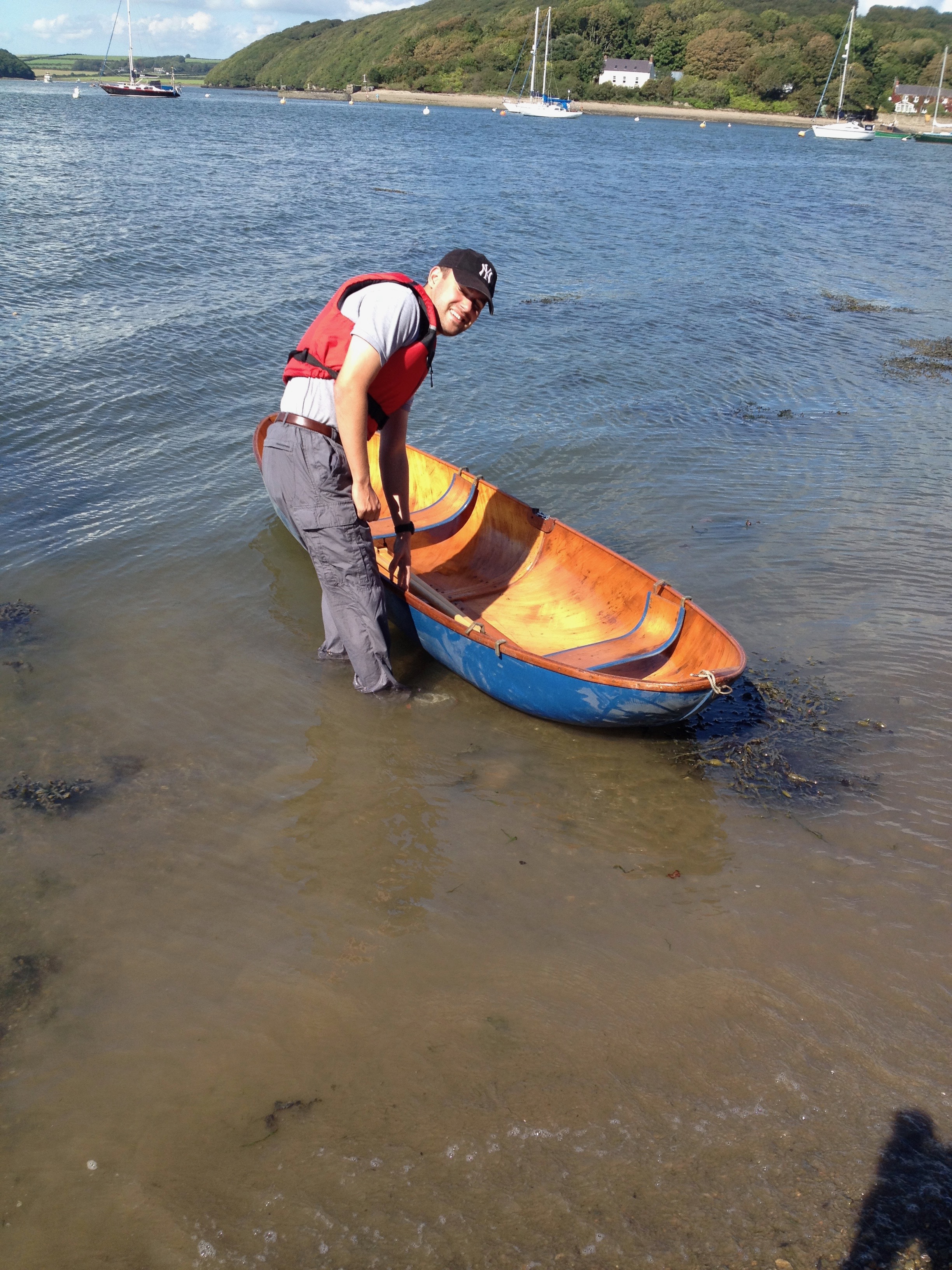