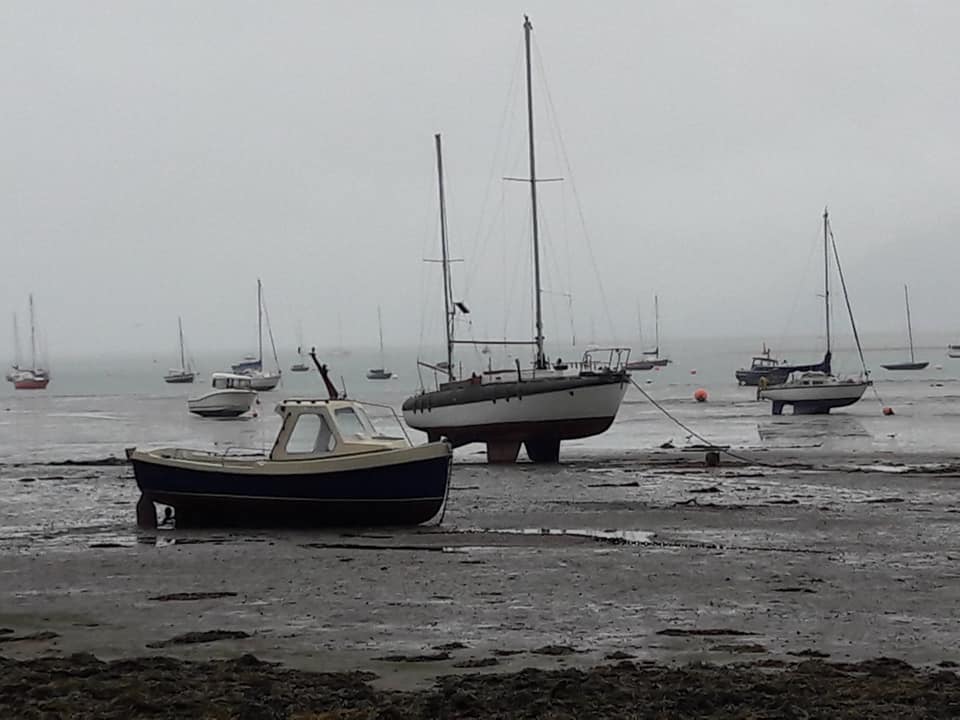 ‘Peanut’ is an Atalanta 31 with a difference.
She was put together about 1974-5 by the Burnetts with the help Captain Urry, who was Mrs Burnett’s father and a pioneer of the Atalanta fleet having owned A1 and A5. There were no lifting keels available so bilge keels and an extended skeg were fitted, and Peanut can stand on these three points (see photos). These have been of great use through her time based on the North coast of Wales.

Rigged as a ketch Peanut has an 18hp SAAB diesel, variable pitch prop, Morse telefax steering system, and many other ‘modifications’ over the standard 31.

Fairly Marine did not include her in their sequence of sales and she was never given a sales number for the register. The AOA originally referred to her as ‘A/31/Special/1’ but through the years she has become known as A31/12.

The Burnetts sold their house in 1978 to charter Peanut and lived on board, giving up their jobs as school teachers. They served a vegetarian menu and the business prospered chiefly in the Western Isles. They did also circumnavigate the UK. They sold her to buy a larger boat.