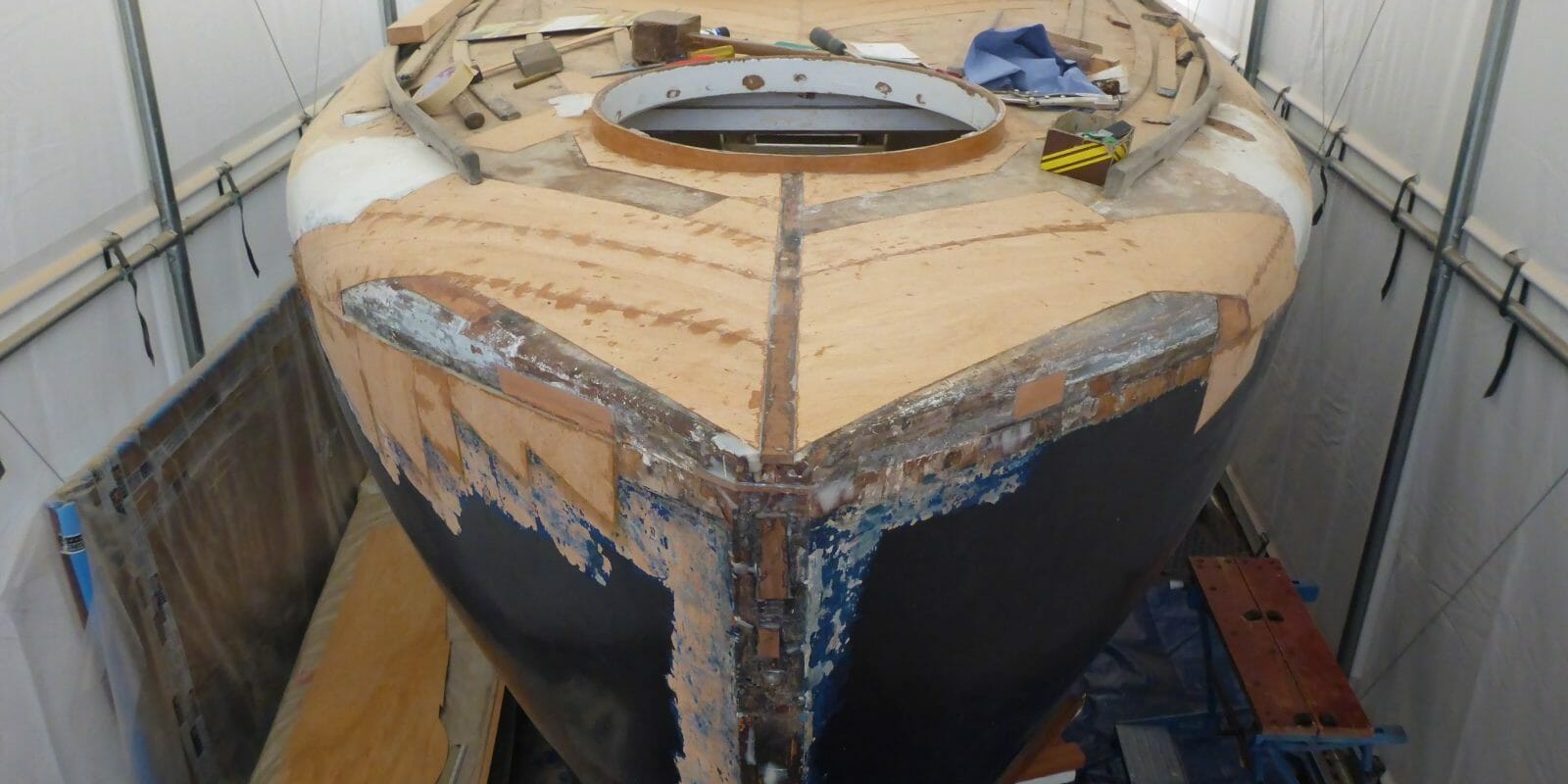 Work has continued on repairing the bow area of Bluster. The deck area had some rot wherever it had been penetrated by a screw or bolt, allowing water to get into the end grain of the laminates. The king plank was full of holes from alterations to the stem fitting, but was not rotten, so the holes were filled with new wood epoxied in. The false stem was rotten at the top and the stem was rotten where the bolts for the stem fitting penetrated it.

The stringers at the hull-deck join was very soft where they joined the more solid extensions of these at the bow, and there were several soft areas in the bow section too. These have all now been repaired by scarfing in new wood; the pictures and captions tell the story.

The false stem still needs to be replace together with the deck mounting piece for the stem fitting, and the whole lot needs fairing. In future, when drilling holes in the deck or stem, I will try and seal the end-grain with epoxy before putting the bolts in (with mastic). I will not epoxy the bolts in case I want to get them out again!

There was also some damage just below the waterline, only apparent on the inside where the laminations were sprung. Upon further investigation, it was discovered that all four laminations were damaged. The cause of this is unknown, but must have been caused by hitting a floating object or possibly by the anchor hanging loose in a seaway?

The cover image shows Bluster in her present state. The coachroof has been repaired and had an additional laminate layer added on the outside to replace some of the wood sanded off over the years. It has not yet been fixed back on; the sections of “quarter round” are being shaped and fabricated for this. The companionway hatch and runners will be rebuilt and the grab rails replaced.

4 thoughts on “Repairs to Bluster’s Bow”