21 Aug – Florence, before we get afloat

We flew in to the Airport at Pisa on Saturday 20th August and got a bus into the centre of town. The advertised Bus Station proved elusive (they moved it) but eventually we found it and took the bus down river to Arnovecchio. There, in a corner of the boatyard, Atalanta Mary was safe and sound. There was little to do to get her ready – sort the gear and attend to a potential battery issue.

That evening we walked down river to the ‘Marina di Pisa’ on the southern side of the Arno looking out into the Mediterranean. Lots of open space, large berths for the large yachts and motorboats and most importantly, a bar. Here we have our first experience of expensive beers with free food. The price of the beer included access to a buffet.

We had to wait for the boatyard to launch so on the Sunday we took a day trip to Florence by train. We spent the day exploring this beautiful city. Alistair used Mr Google to identify a rooftop bar, near Ponte Vecchio. It turned out to be next to The ‘Hotel Art’, where we killed time until the bar opens. The hotel has a conventional gallery in the lobby but interestingly uses the exterior of the high-rise walls as a display area too. It is covered in flowers while we are there, but has previously had spoons and bicycles from ground to roof.

At opening time we form part of a small posse ascending to the roof bar. Wow! Great views and a very attractive seating area. We ordered beer – 12 Euro each! And they don’t even include food! Even so, we stay for a second. 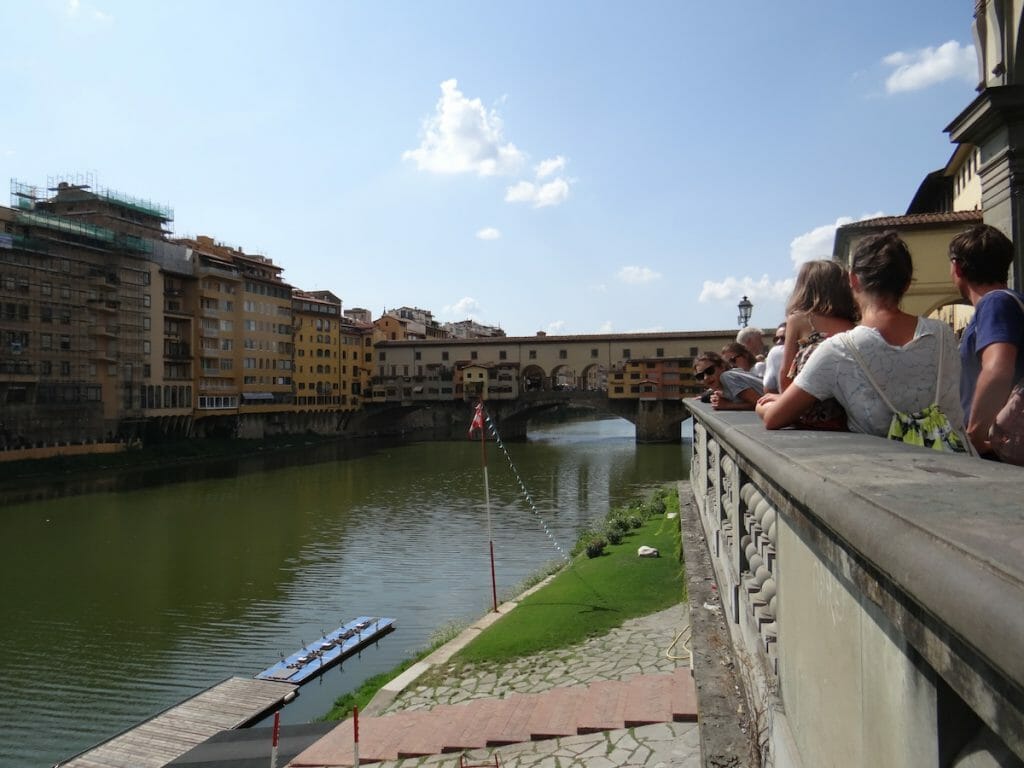 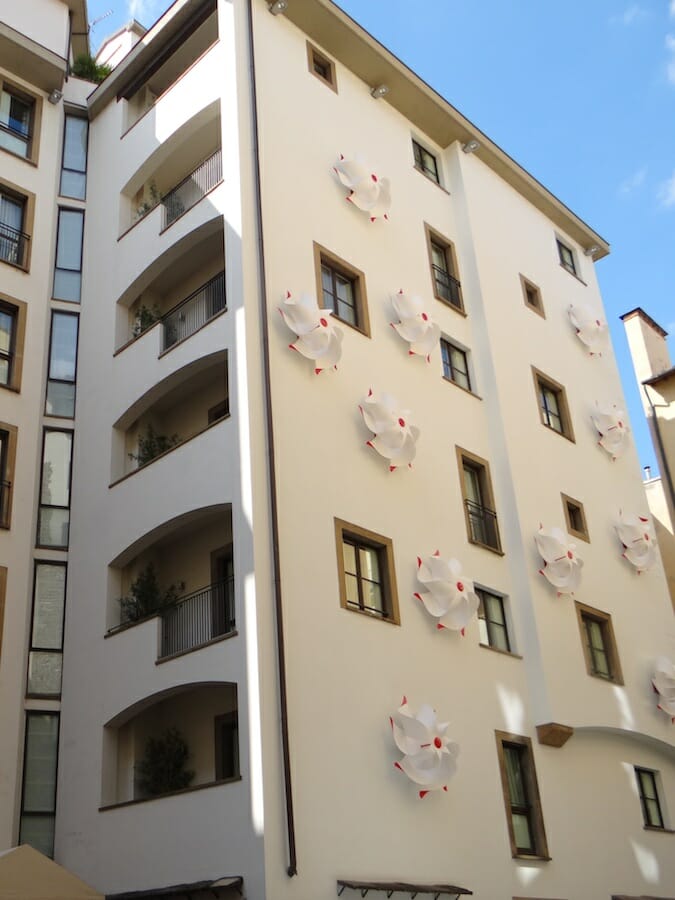 Hotel Gallery Art Florence. Previously they have been covered in bicycles and spoons. 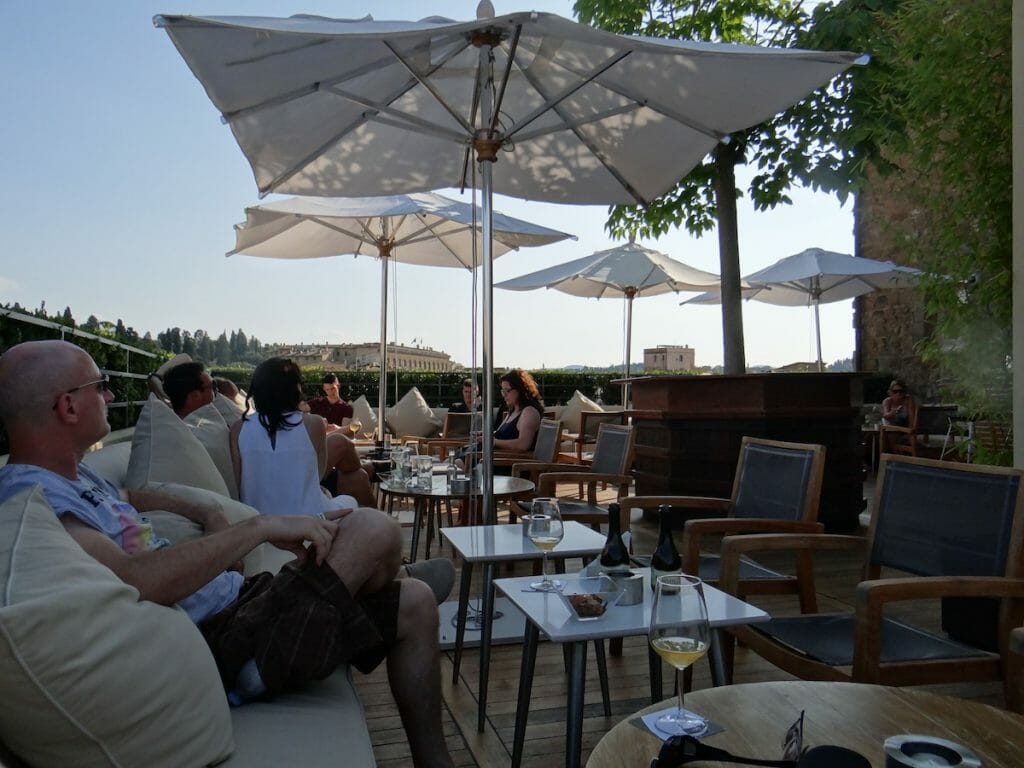 La Terrazzo Bar – trendy, great views, nicely done. And the most expensive beer we had at over £12 each! 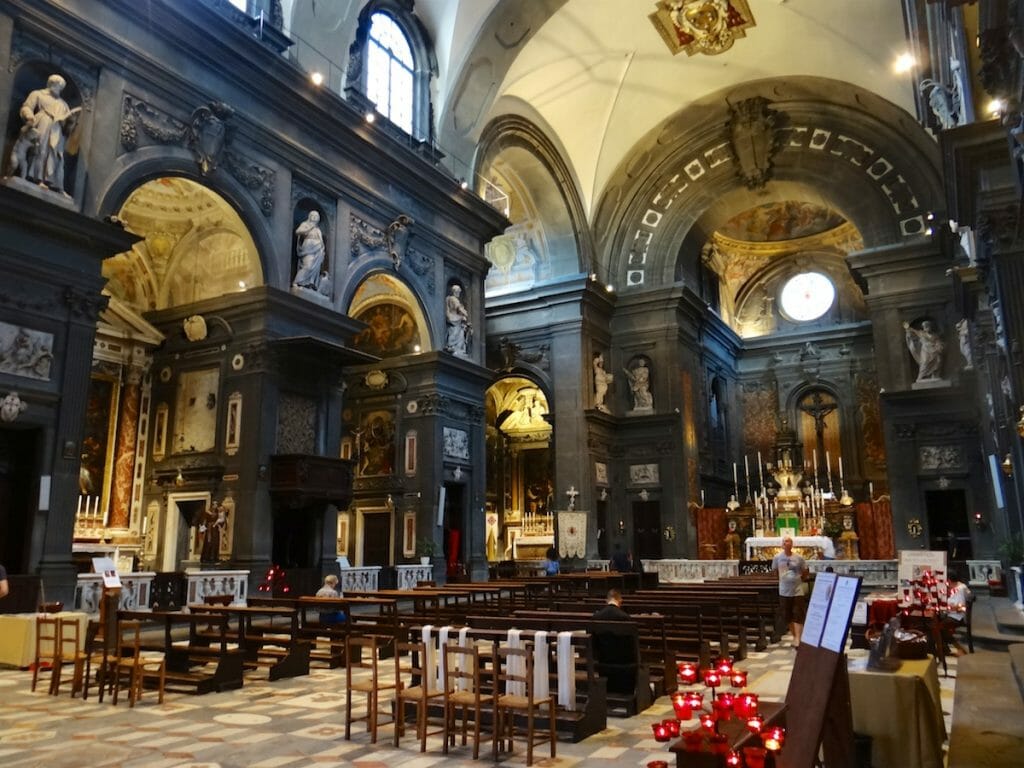 One of the many churches. Spectacular.