A Dozen at The Two Keels 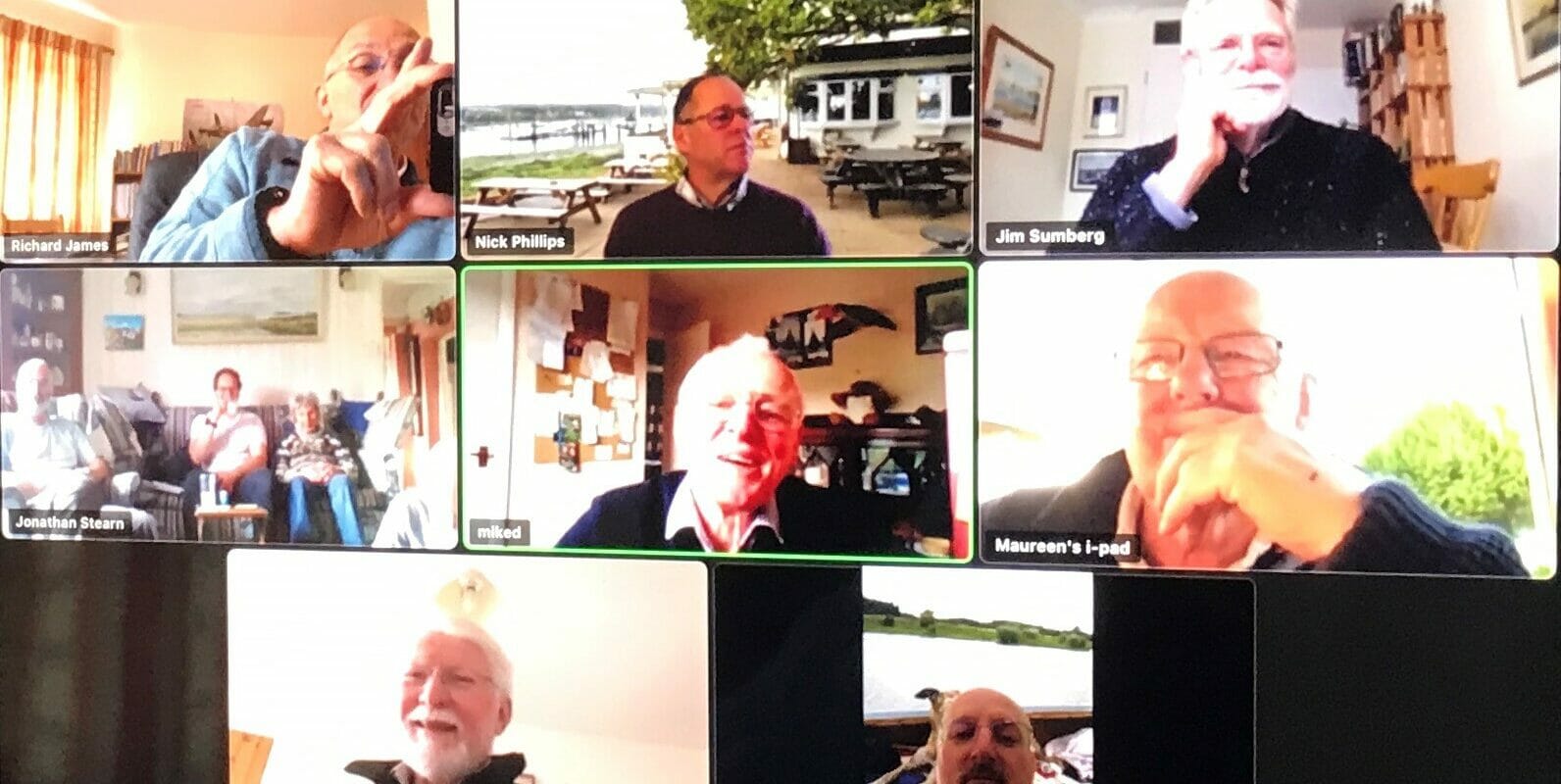 Richard got the first round in – Wadworths 6X

He and introduced everyone to Jim Sumberg, who had bought recently A124 Helene from Nick Phillips. Prompted by Alistair, who had recently removed his keel bolts, there was a discussion about welding nuts on the end to speed adjustment using a ratchet.  It was generally agreed this was a worthwhile mod.  Alistair also said he may be interested in a replacement bolt or two. However the Association spares, salvaged from Deannie, were likely heading for Bluster in Scotland.  The question of whether to release and retighten bolts when raising and lowering the keel was raised. Not surprisingly there was a wide spectrum of answers although perhaps a bias towards greasing the keels well and not bothering – moving the keels without adjusting the bolts. Some never touched them and left them alone, some only tightened the clamps if in blue water and some unclamped and re-clamped every time they moved the keels.

Greg got the second round in – a tot of Aberlour

He raised the subject of copper coating, which he was about to do to Sugar Plum once the Scottish weather improved. He had already removed the antifoul and paint from her hull to carefully inspect the hull and had primed it ready for the Coppercoat.  He was waiting for good weather to apply the 4 coats of copper and resin. Alistair had copper coated Atalanta Mary, with mixed results and did not annually abrade the resin as suggested by Greg. Alistair found that being stuck in the corner of a harbour was bad for copper coat and felt that for best results, a coated boat should be in free-flow water. Nick stated that Dom had treated A90 to coppercoat and in repainting the boat Dug Odgers had left the bottom as it was in such good condition.

Jim got the final round in – Shepard Neame

Jim asked if other members flaked or stuffed their foresails into bags after use. Greg was a stuffer as was Mike. George then asked how other members exchanged foresails and where they hanked on from. Again, there was a wide range of replies, and most found the forehatch very useful.

Nick then suggested a game of darts, and unlike the UK entry in the Eurovision Song Contest that night, all players scored at least one point.

The East Coast Cruise in Company was briefly discussed and it was clear there was a good chance of at least four boats this year.

All in all an enjoyable night in ‘The Two Keels’ and all we did was to press one link: