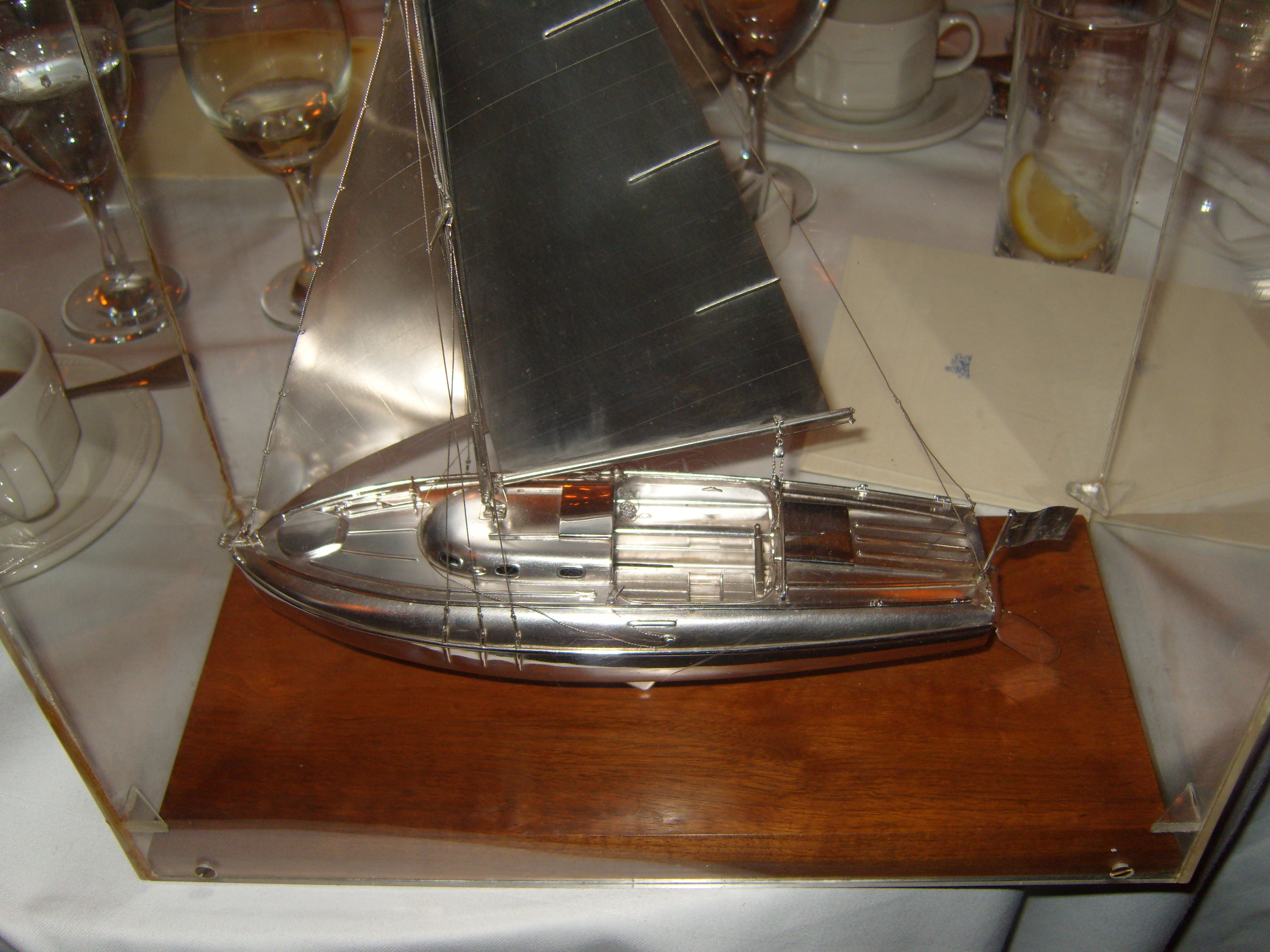 Most Adventurous Journey written up in the Bulletin

Silver model of an Atalanta in a glass case. This is a second silver model (like the Etchells Trophy). This had been owned privately, presented to the owner of Toco in 1964 by his wife. It ended up in an Auction room in 2004. Colin Twyford and Dominic Dobson went along with a view to buying it and ended up in a bidding war with someone who, it transpired, didn’t know anything about Atalantas. He just liked the model. Colin and Dominic persisted and obtained the model for the AOA at a cost of £500..

It was names the ‘Charles Currey’ trophy in honour and memory of the man who led Fairey Marine and had so much input to development of the boats.