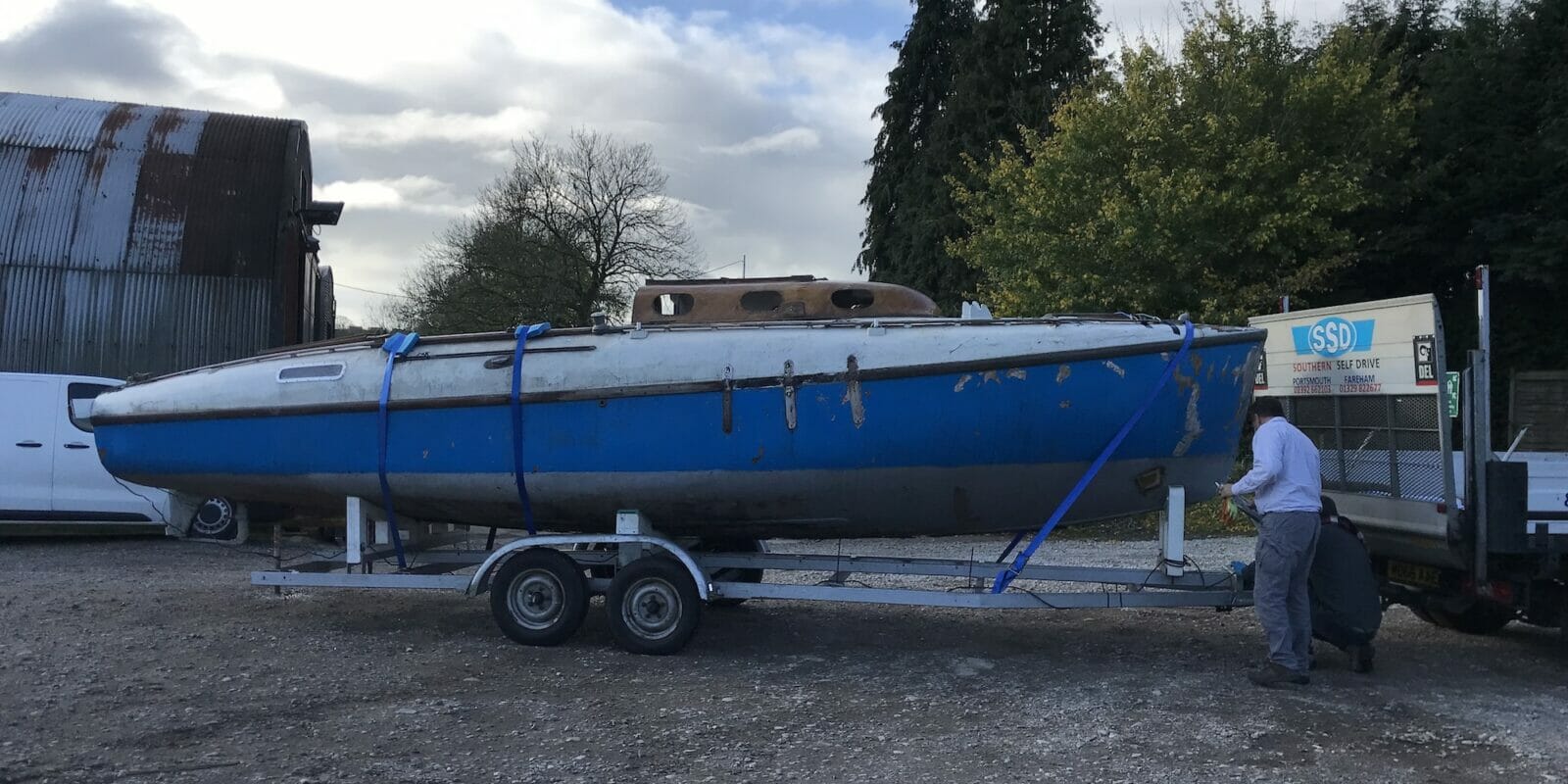 We are delighted to hear that A115 ‘Mara’ has been sold. Her new owner has moved her to the South Coast to complete her restoration.

This is great news. In 1975 Eric Stallard sailed A115, then called ‘Sabrina of Croyde’, across the Atlantic with a crew of two. They experienced and survived a hurricane between Bermuda and Norfolk, Virginia. The adventure was written up in the 1975-76 Annual Bulletin and you can read about it here.

This was one of the three documented Atlantic crossings.

Good luck to A115’s new owner and we very much hope to see A115 sailing again in the future.