As you will know from Nicks posts I have had a cover made for Mary.  As described by the Pisa Marina owner ‘she is beautiful’. 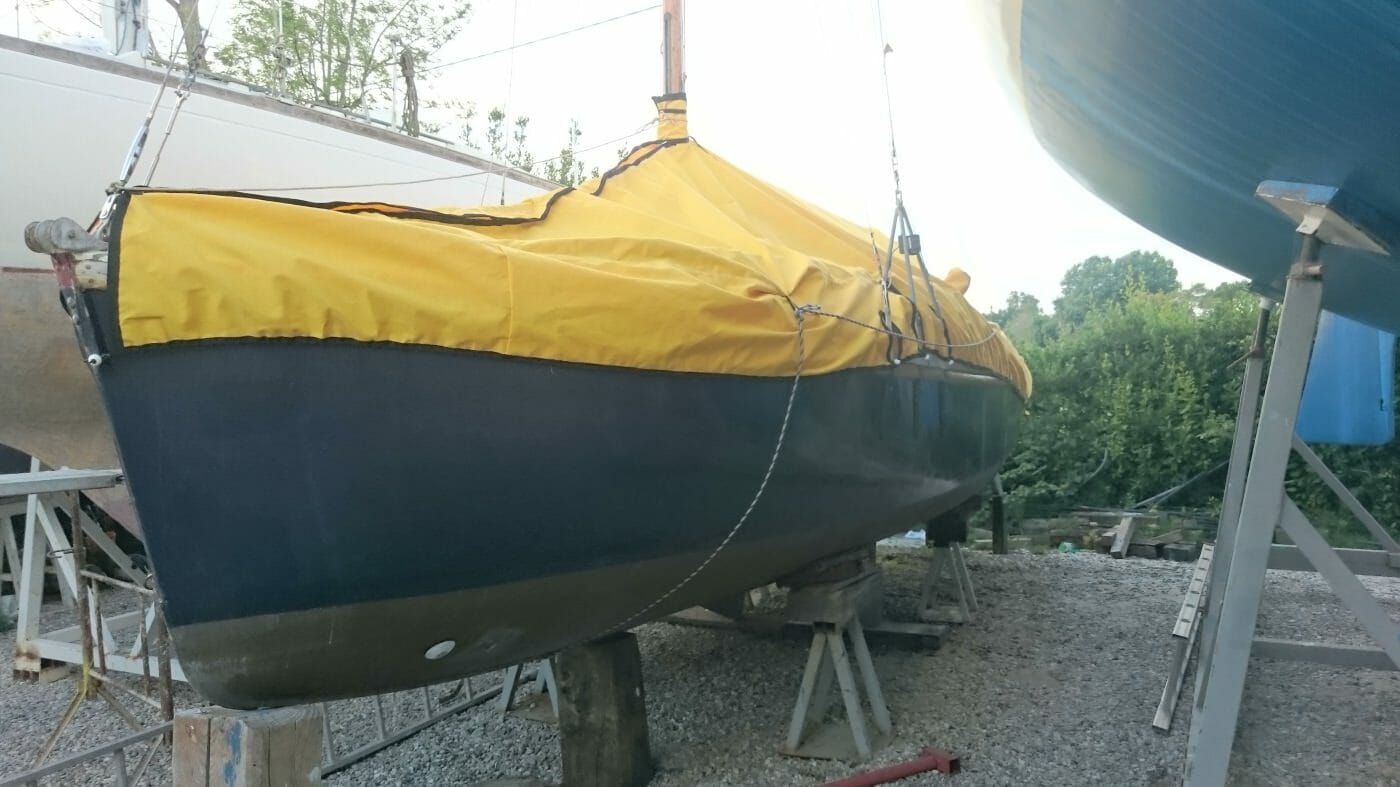 It fits remarkably well considering it was measured up on Helene.  But certainly does the job of covering up the boat.  I had been using a tarp for the last two years and after one year it had started to break down leaving a white powder over the boat.  It was also about a foot too short and an attempt to put it on at an angle.  Like a tall person trying to keep their feet warm under a quilt ;-). 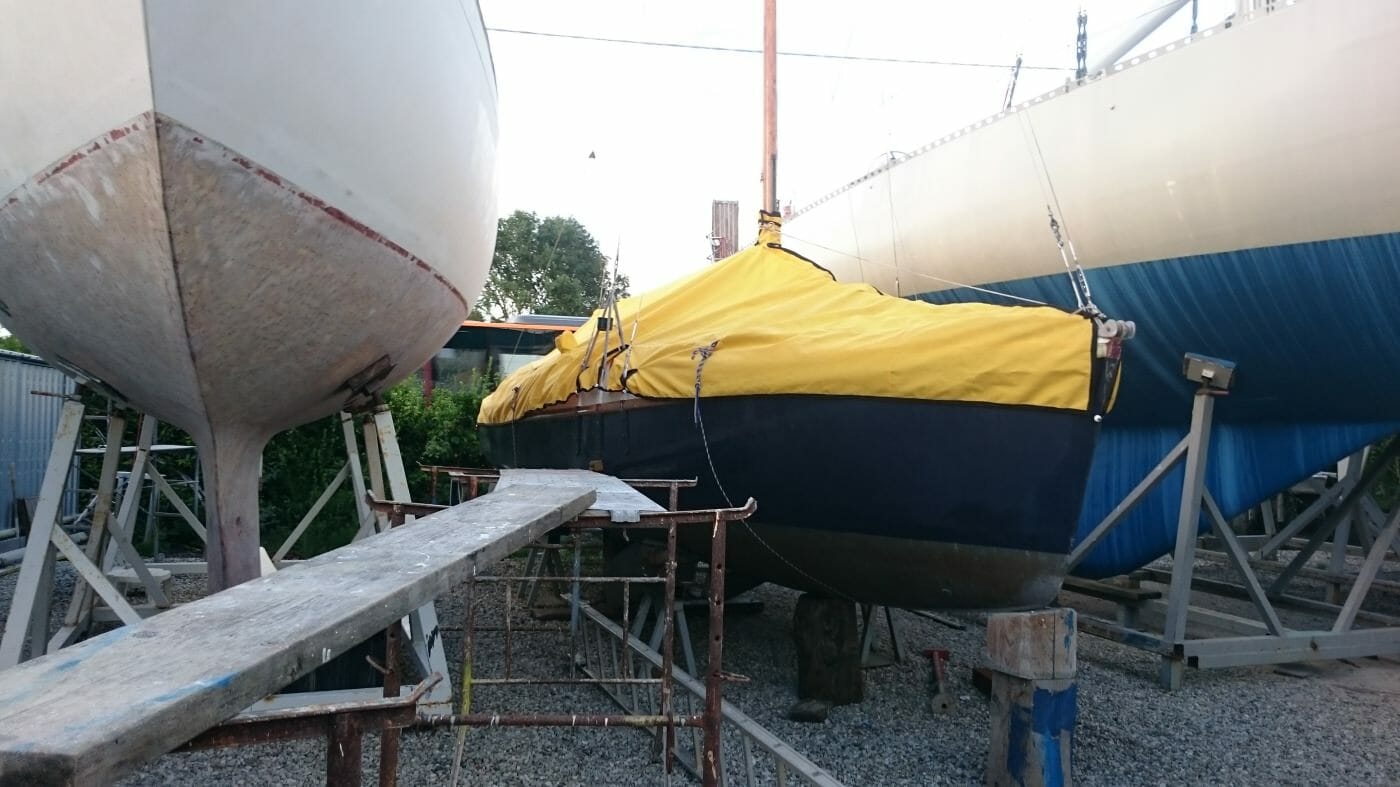 There is a rope from the mast to the forestay supporting the cover from underneath. 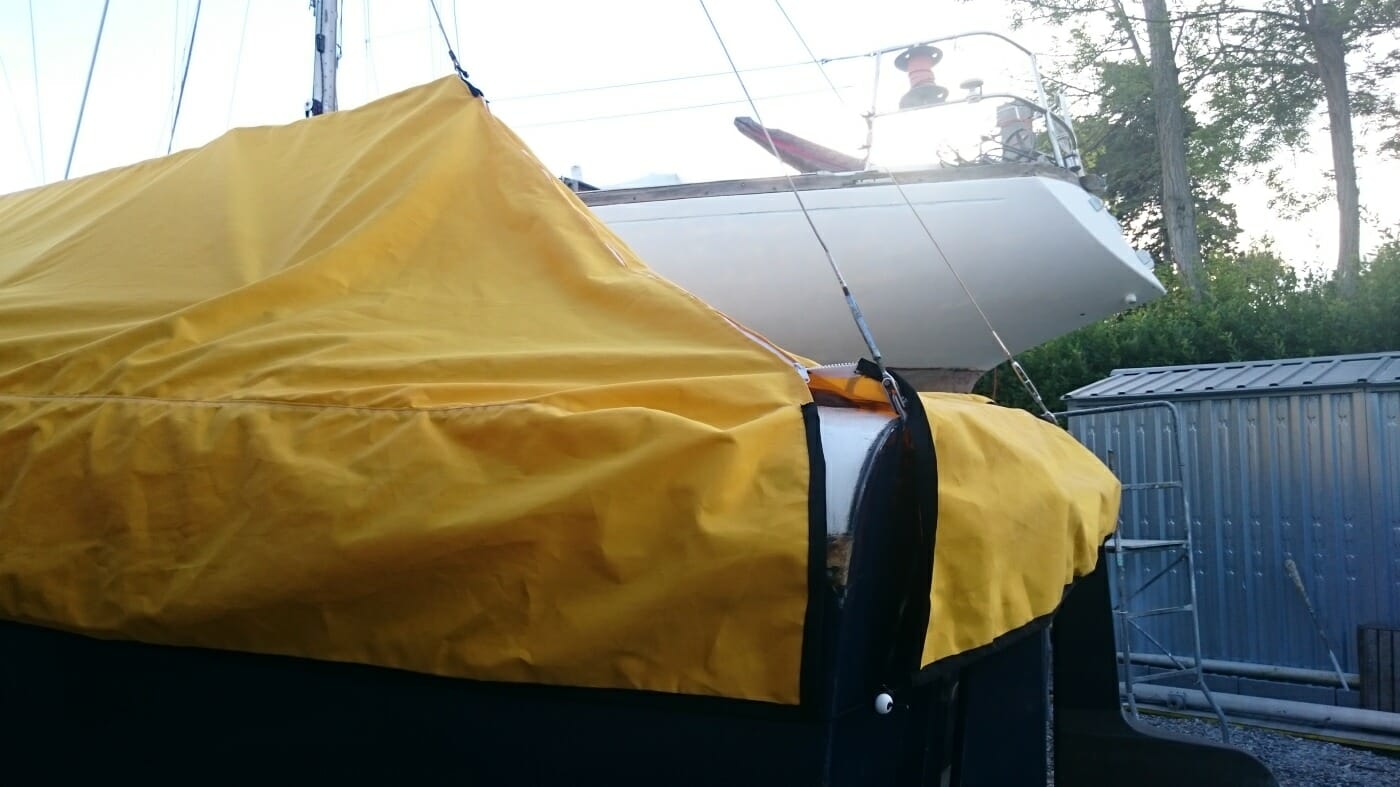 I think I need flaps that cover up these bits.  Velcro pannels that just hold this gap close.  These should go front to back so they don’t open when being transported.

The boom is held up using the topping lift.  I hope that holds for now, in future I will make a strut that helps with this support.  The wind is minimised by the surrounding big boats.

4 thoughts on “Boat cover for Mary”