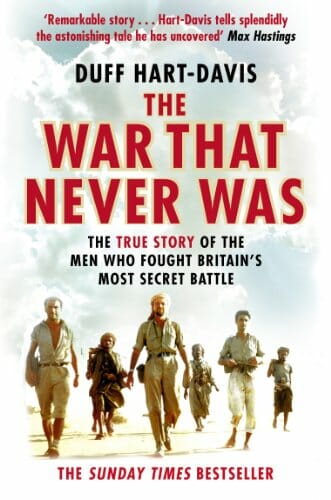 Mentioned in the book “The War That Never Was” by Duff Hart-Davis page 29 one page only. The boat, A21 ‘Chuff’,  was flown to Aden in the early sixties or earlier by the RAF. The owner was Sir Dermot Boyle, Marshal of the RAF.

The relevant extract from page 29:

Tony Boyle was no run-of-the mill airman. Not only had his father, Sir Dermot Boyle, been Marshal of the Royal Air Force, but he himself had won the sword of honour at Cranwell and had flown Hunter jets in Britain and delta-winged Javelin all-weather fighter-bombers in Britain and Germany. A thoughtful and efficient man, he also had a keen sense of humour and was naturally gregarious. One of his attractions among fellow expatriates was that he had with him in Aden his father’s yacht, Chuff, a 26-foot Fairey Marine Atalanta. Someone had persuaded the RAF to fly the boat out and short voyages to beaches along the coast were much enjoyed. Tony also harboured a streak of eccentricity, manifest in later life when he became a farmer and at one stage took a deep interest in the manufacture of a friend’s trebuchet – a medieval siege engine – with which he managed to throw a dead sow 340 yards.

The War That Never Was, by Duff Hart-Davis.  Random House 10 Feb 2011. Book synopsis from Google: For the very first time, The War That Never Was tells the fascinating story of a secret war fought by British mercenaries in the Yemen in the early 1960s. In a covert operation organised over whisky and sodas in the clubs of Chelsea and Mayfair, a group of former SAS officers – led by the irrepressible Colonel Jim Johnson – arranged for a squadron of British mercenaries to travel to the remote mountain regions of the Yemen, to arm, train and lead Yemeni tribesmen in their fight against a 60,000-strong contingent of Egyptian soldiers.