A few photo’s of restoration work (so far) for A169 Kerry Piper. Apologies for the pick and mix  collages, I will be posting a more complete record of the ongoing restoration of KP later in the year. Happy to discuss issues with anyone involved in similar, just post a comment on this blog post.

Due to rot in the plywood both keelboxes, cockpit seats and floor had to be removed,along with fore and aft cockpit bulkheads.

NB:The full view along the length of the keelboxes is due to the absence of the bulkhead .

The whipstaff and assembly (removed with the old bulkhead)

needed a visit to an engineering workshop to free the seized trunnion. 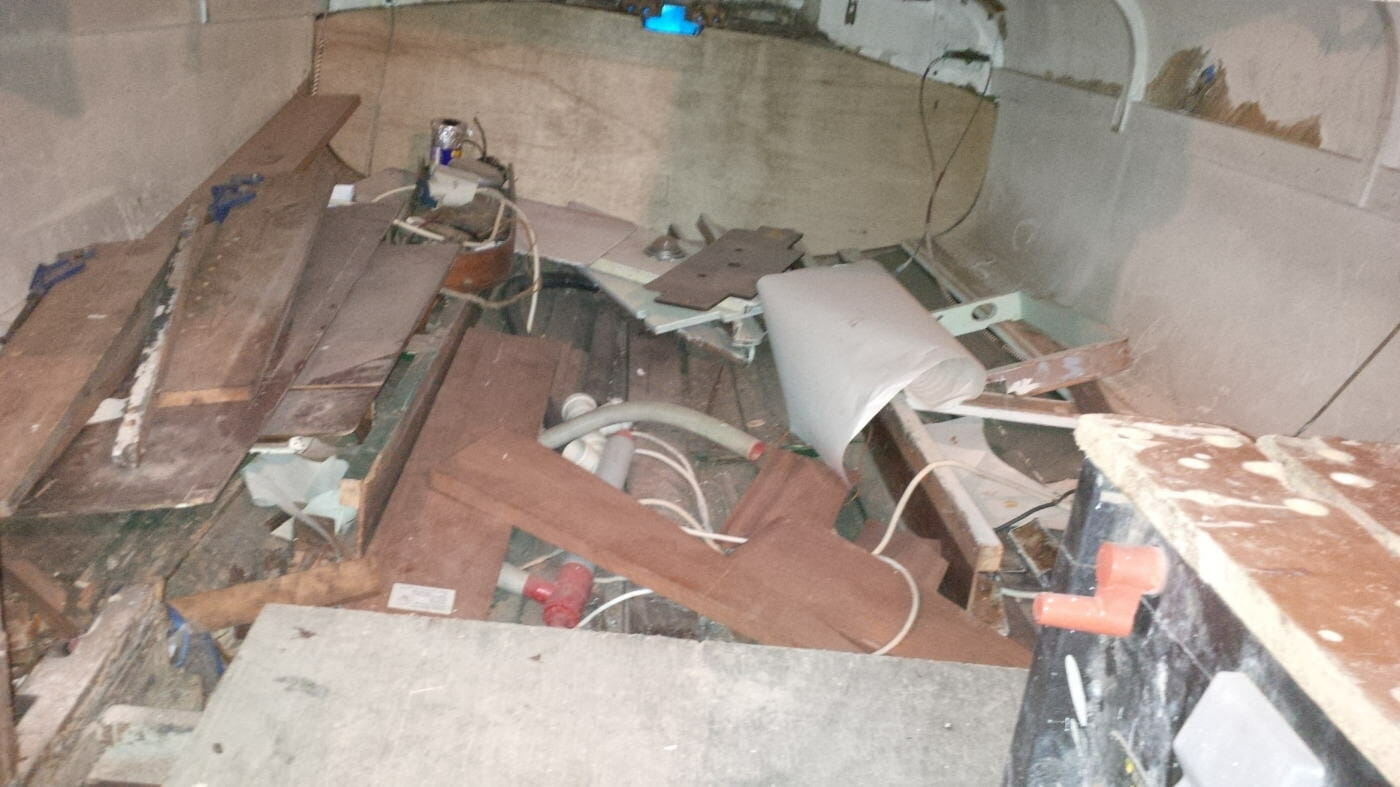 Dry rot ingress had affected much of the cockpit  seats, frames and floor.Some delamination to sections of the hull had allowed the dry rot to spread to adjacent areas – glass fibre sheathing seems to have played a part in delamination of areas of the deck and wet rot(not covered here).

NB: Lower section of transom was partly replaced – visible in above photo. 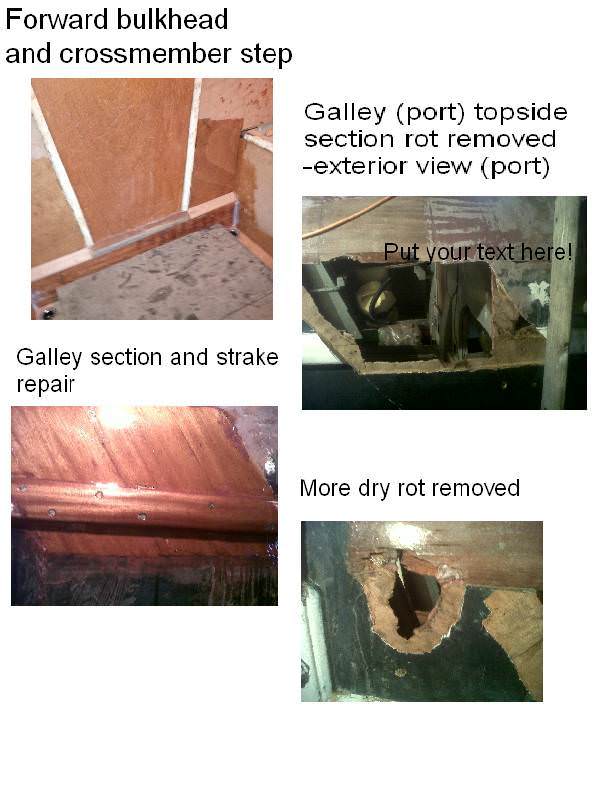 2 thoughts on “Kerry Piper-work in progress”