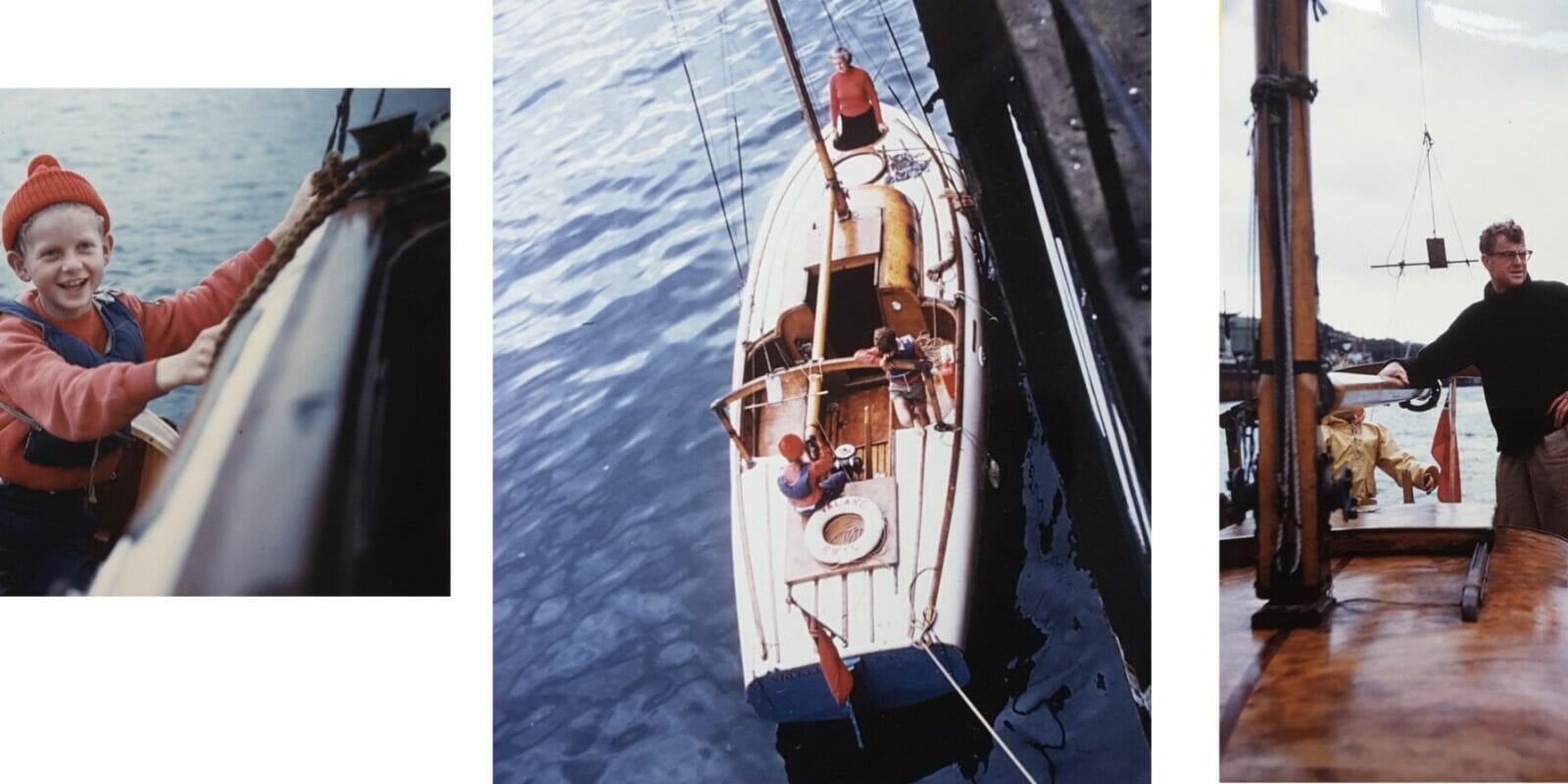 The boats travelling to the UF50 event in August stopped off at Brighton. They were spotted by Mark Whittle who sailed A19 Valare in the 1970’s as a young boy. Mark very kindly got in touch through the website to offer the following memories. The photographs are copyright of Mark. The words below are from Mark.

A19 Valare was owned by my father. He bought it in the late 1960s, in Newton Ferrers from the original owner, a Major Venning, and sailed it then to Hamble where it was put on a homemade trailer and taken to the Blackwater Sailing Club where it stayed on a swinging mooring until it was sold. The name is formed from those of Major Venning’s daughters – Valerie and Clare.

My mother is standing on the lid of the toilet. My elder brother is in the cockpit and I am sat on the aft cabin.

Note the Seagull Outboard – operating in a well

Of particular note is the offset long-shaft Seagull outboard which is in its deployed position. It was usually stowed on a bracket just port side of the main companionway. To deploy it, remove a hatch on the cockpit floor, reach down into cold water swilling about in the ‘box’ and unlock and remove an outer hull infill panel. Lower the outboard into the ‘box’. The outboard exhaust had a rubber tube extension to keep the exhaust underwater and away. This tube needed to be bent downwards in order to get the propellor through the ‘box’.

[Ed.note – this arrangement was a feature in the early boats. A16 Dervorguila still has the well although has long since benefitted from an inboard diesel]

Another view shows my father.

This third photo shows me (I’ve aged slightly since) sat in a Fairey Marine Dinky. We bought the hull and had it completed by a family friend. Note the lifejacket design must have been state of the art at the time.

One thought on “Memories of A19 Valare”