Motoring in most Atalanta’s originally used a Coventry Victor horizontally opposed twin cylinder petrol engines developing 12 or 15 hp depending on model. Titania’s and some Atalanta’s were fitted with the more powerful 20 hp Fairey Ford 102E 4 cylinder side valve engine. One or two had Perkins 4 cylinder diesel engines. 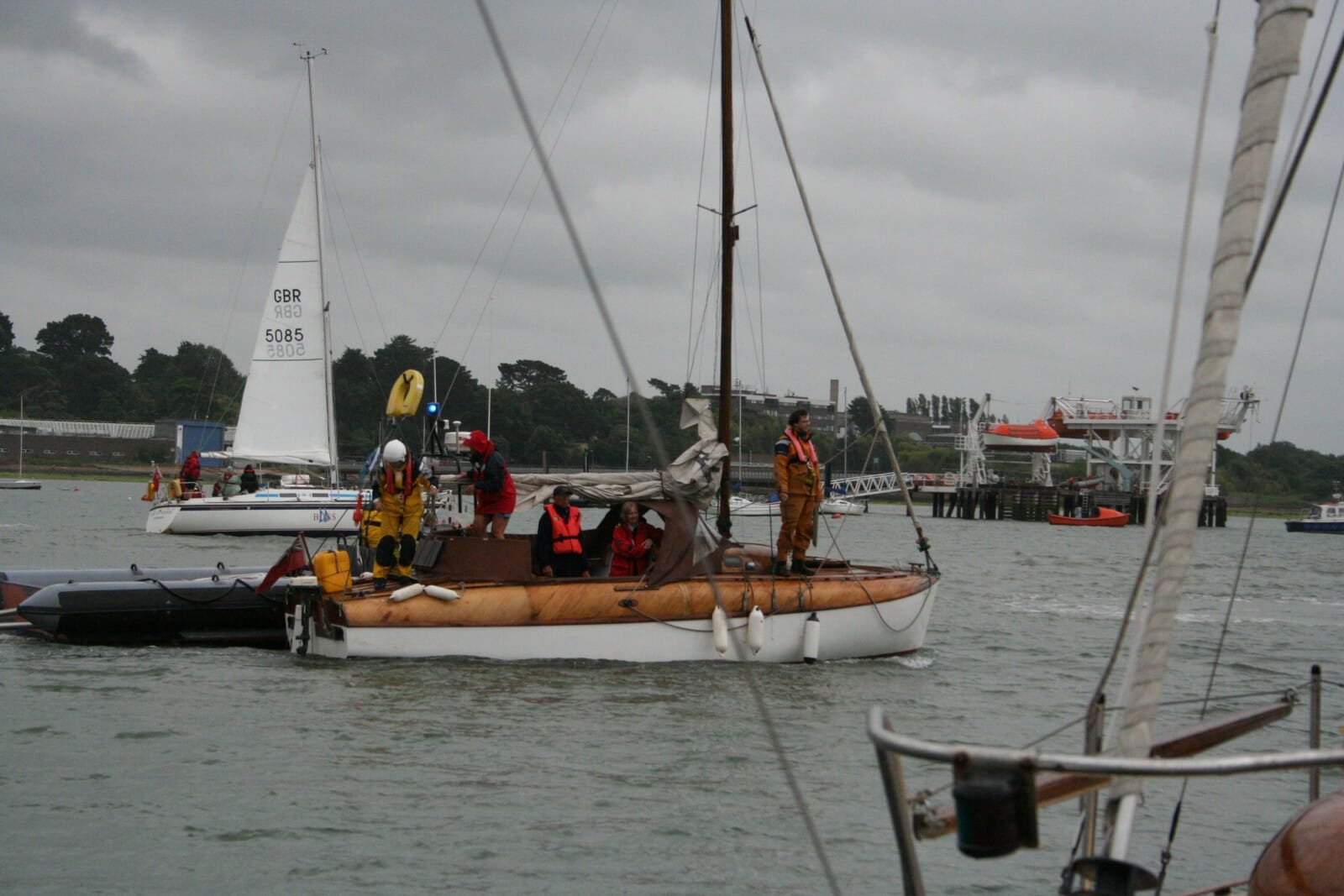 A46 Theodore with petrol engine trouble

All the petrol engined boats were fitted with a water jacketed copper exhaust for the full length from engine to transom, with the cooling water injected at the transom into a water jacketed swan neck.

Unlike modern engine installations the propeller shaft revolved quite swiftly, in the case of the Ford engine at engine revs – 2000 rpm.

Of course all of the above is largely of historic interest, since most have had their engines replaced. 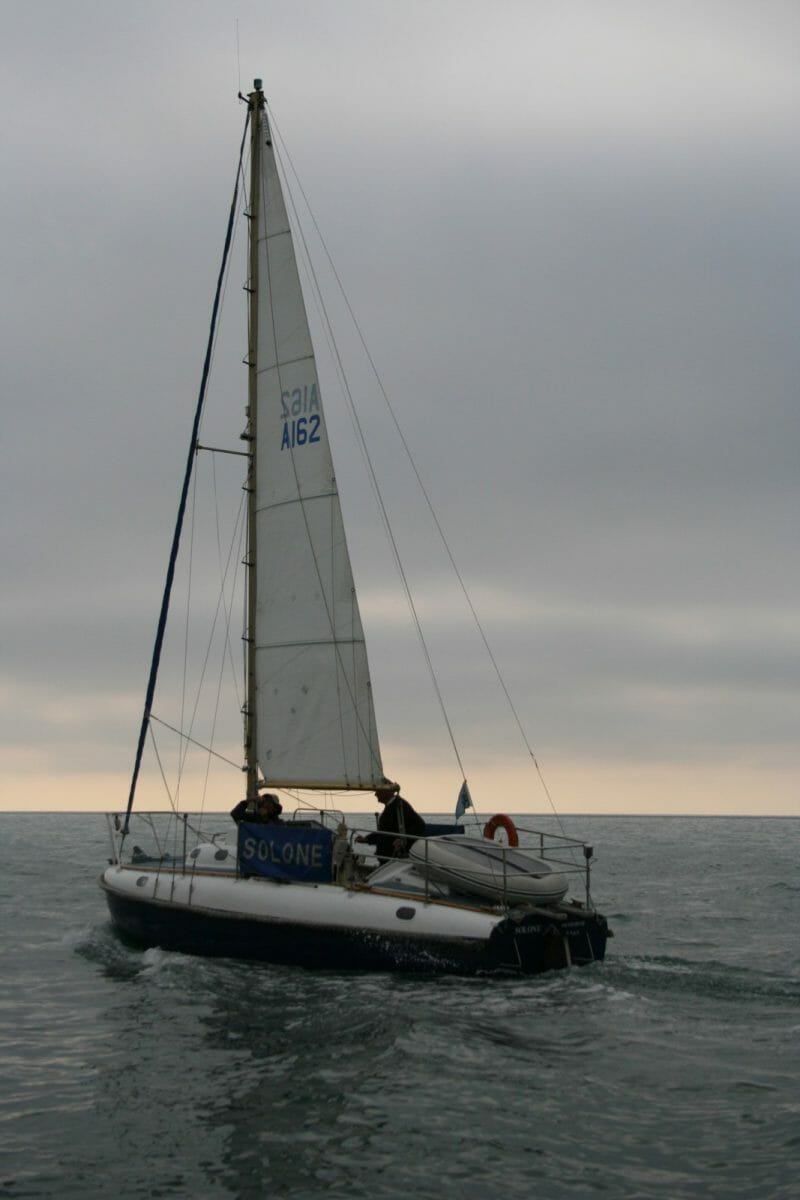 A162 Solone motoring propelled by her Perkins 401 engine

When motoring particularly in calm conditions it can be an advantage to raise the keels which will increase the speed at cruising revs by 0.5 to 1.0 knots. Well worth the effort of winding those handles!

Of course one of the advantages of an Atalanta is that they only need 18 inches of water to float, so it is quite likely that you will want to maneuver in shallow water at some time. When the keels are fully raised the hull has little lateral stability. It is just as happy going sideways as forwards, so when the helm is put over the boat will tend to continue sideways in the same direction as it was moving before the helm was moved. The solution is to leave a tittle of one or both keels showing below the hull. Just lowering the keel 3 inches will make a huge difference to handling in shallow water. Look out for mooring ropes you are likely to get them around the prop or skeg.

When the rudder is fully raised the helm becomes heavy. No wonder – there is a barn door sticking out behind the boat! So move the helm gently and slowly. Note that as you move the helm you will be moving the boats head around as much as you are moving the helm. When reversing with the rudder raised hold the helm really firmly. If the water flow gets hold of the rudder blade it will whip the rudder over before you realise what is happening.

So maneuvering under power in shallow water is quite feasible. Just do things slowly and carefully. Preferably with a touch of keel showing, and a firm grip on the helm.

Most Atalanta’s and Titania’s are fitted with fixed three bladed propellers. They tend to be small enough to limit the drag under sail. It can be difficult to fit a large enough propeller to suite a modern engine.

Some are fitted with 2 bladed folding or feathering propellers. Some owners swear by them and some revert to fixed 3 blades at the first opportunity. Which you prefer is likely to be determined by how you use the boat. Is the engine purely to berth and un-berth? Or do you expect to make passages under motor in a calm?

At least one Titania is fitted with a Darglow Engineering “Featherstream” 3 bladed feathering propeller. It has made a significant improvement to performance under motor and sail. As the wind drops it significantly delays the moment where the engine is started.

Note that while the Atalanta cockpit is well sheltered motoring into a head sea in a force 6 is likely to soak you in the cockpit. It is not easy to rig a pram hood on an Atalanta without raising the boom.