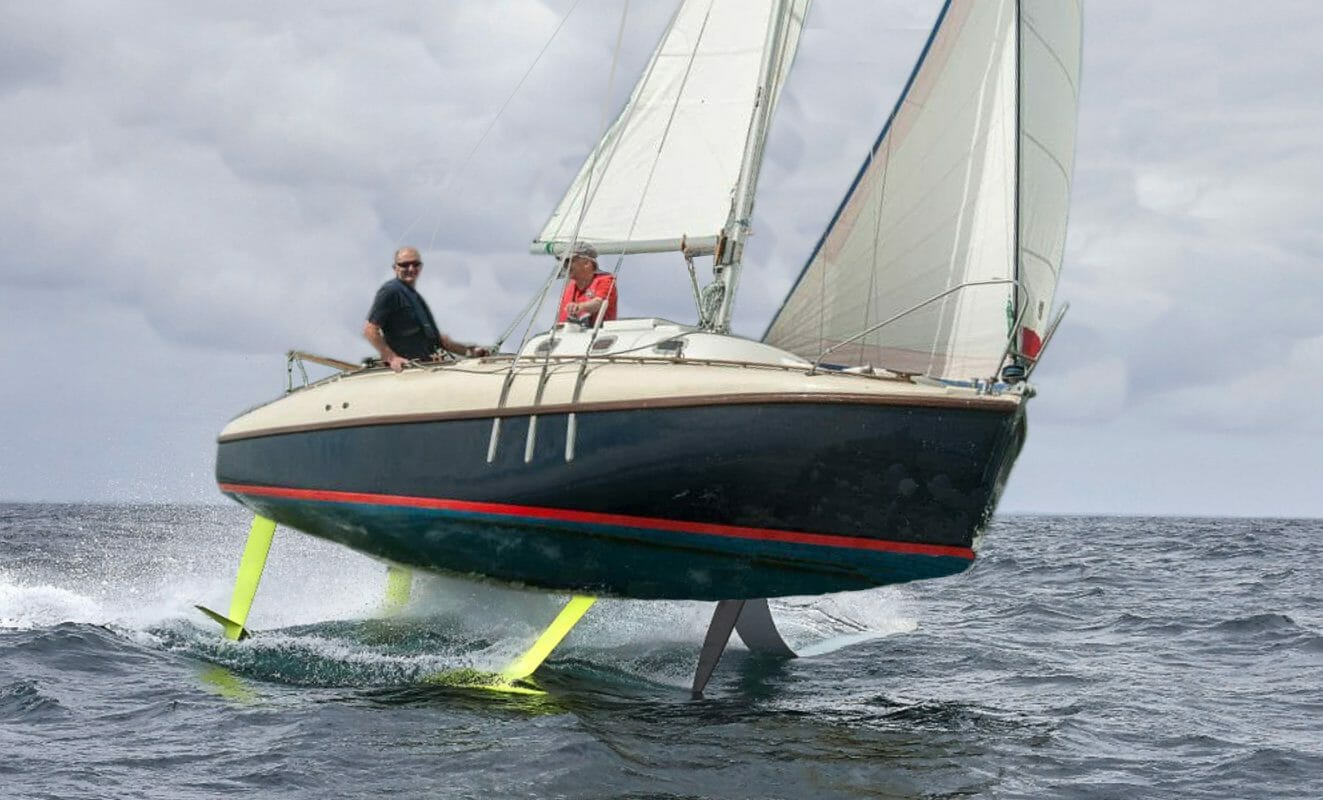 Our East Coast representative has sent us this scoop from secret waters somewhere near Harwich. Getting the Atalanta to go faster has pre-occupied many in recent years (check out this thread). Well, significant progress appears to have been made.

Apparently since Boris gave permission last Wednesday A89 can be seen early every day trialling her new keels and rudder for the East Coast Race. They are certainly quite impressive! Asked whether he thought the set up was legal Richard pointed out that nowhere in the Association Rules or the rating form for the East Coat Race does it mention that foils cannot be used on an Atalanta. The draft is pretty much the same with the keels in sailing position and the hull and rig have not been modified apart from a small space-frame bracing the keel boxes and another holding the rudders.

In a move echoing the 1988 Winter Olympic ‘Cool Running’ saga, Richard and his team acquired the foils from the skip of the Ineos Team UK. (Apparently Sir Ben is not happy with the yellow colour which he believes make the boats look like they should be full of paramedics). It was, by all accounts, a simple modification. The Atalanta keels were removed and the foils deployed through the open keel boxes using the screw jacks to control the angle of attack. The tops of the keel boxes have had to be removed to allow the foils to withdraw into the galley/chart table space. Of course once ‘in the air’ this is not a problem and the six bilge pumps fitted are more than adequate for the small amount of water that comes in when in ‘displacement’ mode. The additional batteries to power the pumps help compensate for the foils being lighter than the original keels. The rudder-foils were a little more complicated but the titanium frame holding them to the transom has been designed to be easily removed in the future.

Richard commented that the boat is a bit of a handful now although once steady on the foils the 25knots is exhilarating. Richard is very hopeful of lifting the Atalanta trophy and maybe next year the Round the Island Race . There is however one downside which has only come to light in the last couple of days – Richard will not be able to moor in our usual position on the piles at West Mersea with the rest of the fleet for fear of accidentally harvesting the oysters in the creek.