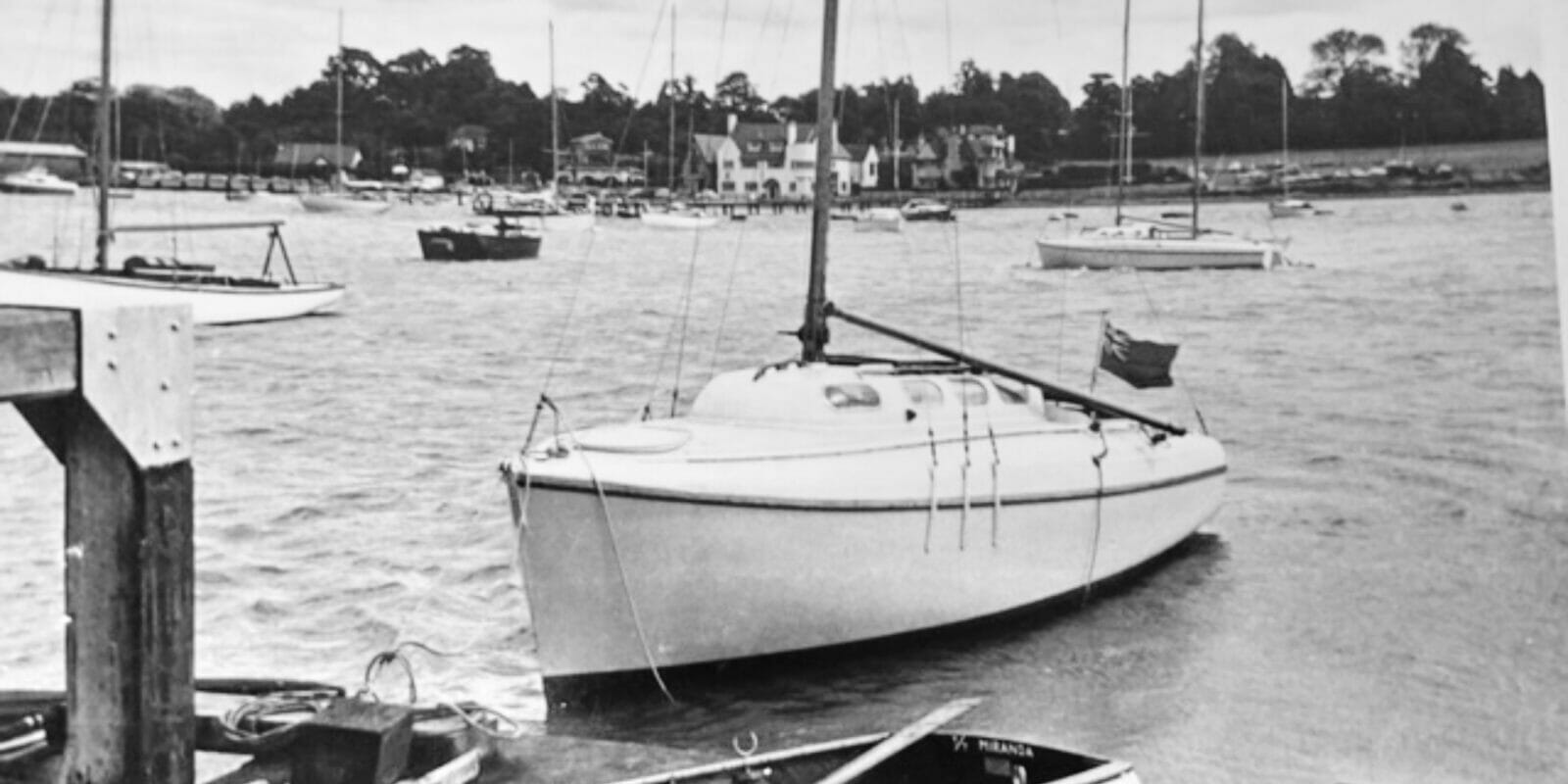 February was a great month for connecting to ex-owners of Fairey yachts. Rodney, son of Titania T10 Calista’s first owner, joined the website and we entered into a conversation by email. Rodney kindly provided some photos and memories from their time with T10 which he has agreed to allow to post below.

It is interesting to note how Rodney came to make contact: “I have come to your website thanks to Peter Latham of the Firefly association. We have been having an exchange of email since I sent him a photo I dug out of my old firefly back in about 1957. ” Thank you Peter, and it demonstrates the strong and friendly Fairey Marine community out there!

I cannot tell you how surprised and delighted I was to find Calista on your register and to see that she is not only afloat but looks in pristine condition. ….. The owners must have looked after her very well and spent a lot of time (and money) in keeping her in this condition.

Calista was built for my father, a consultant surgeon with a Harley Street consulting room and on the staff of several London teaching hospitals. He had previously been in touch with Charles Currey when he purchased the firefly for me but decided that he would like to take Charles’s advice and order a new Titania which had a bit more headroom than the Atalanta. We went over to Fairey Marine several times to watch her being built and I am attaching a photo of her in an almost finished state in the factory. At about this time Dad had a call from Charles to ask him what brand of gin he drank. Dad was a little surprised by this request and asked why he needed to know. “Well we are just cutting the holes in the drinks locker and need to know if it is Gordons or Plymouth”.

Dad had little or no sailing experience himself but relied on me and my younger brothers to sail her. He took the helm from time to time but found that he was most at home with his pipe in his mouth and a large G&T in his hand. The other photo is of Calista in the water at FM possibly the first time she had got wet.

We had a mooring at Dell Quay and sailed in and around Chichester harbour. Charles Currey told Dad that he had a contact with a low loader lorry and had done a few runs down to the South of France with FM boats. The summer of 1962 Calister was loaded up at FM and set down in the harbour at Cannes.  She was easily the smallest boat there and all the dust and litter blew off the dock into the cabin. We made a rapid move to Villefranche where she was much better accommodated. Mother and Father spent one night aboard then moved into an hotel! I sailed her into Italy and back which was quite an experience.

Calista went back home and I returned to Germany where I was working. The following year I was working in Bordeaux so had little time to sail Calister and the following year I got married and moved to Buckinghamshire…….as far as you can get from the sea. Dad could not manage the boat on his own so sadly she went back to winter quarters at FM and was sold from there. I never knew who bought her.

It certainly did make me smile! Thank you Rodney! 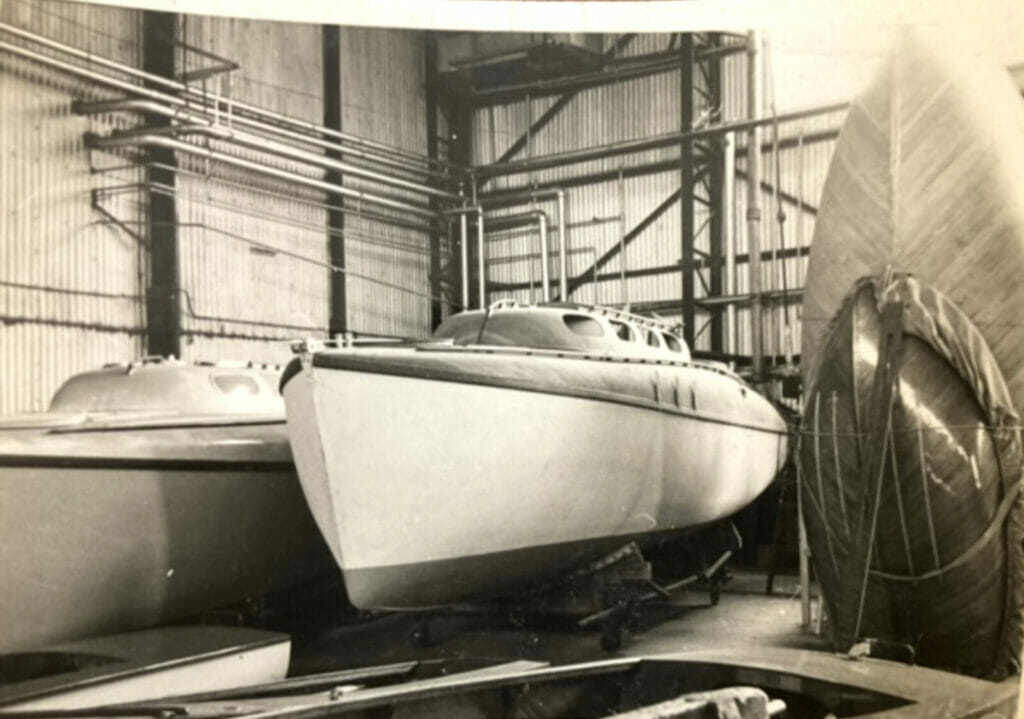 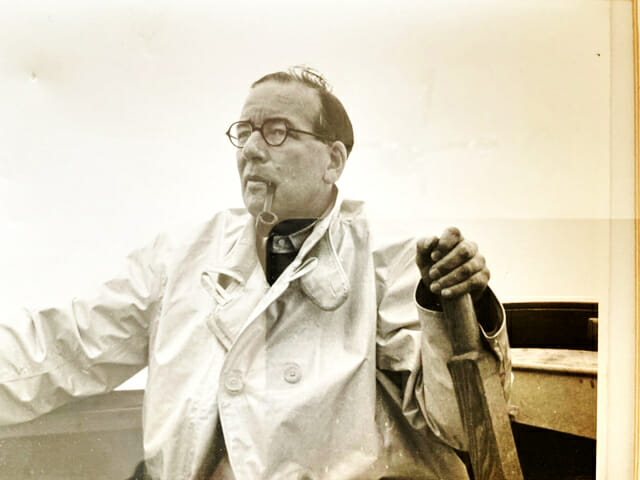 T10 Calista’s owner casually at the helm in the early 1960s. 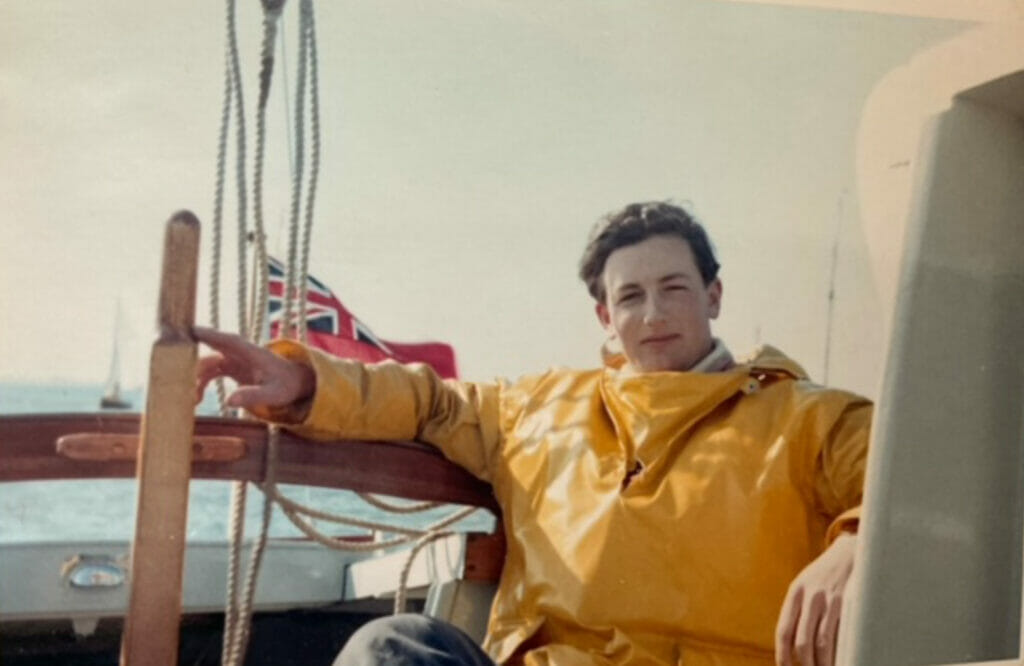 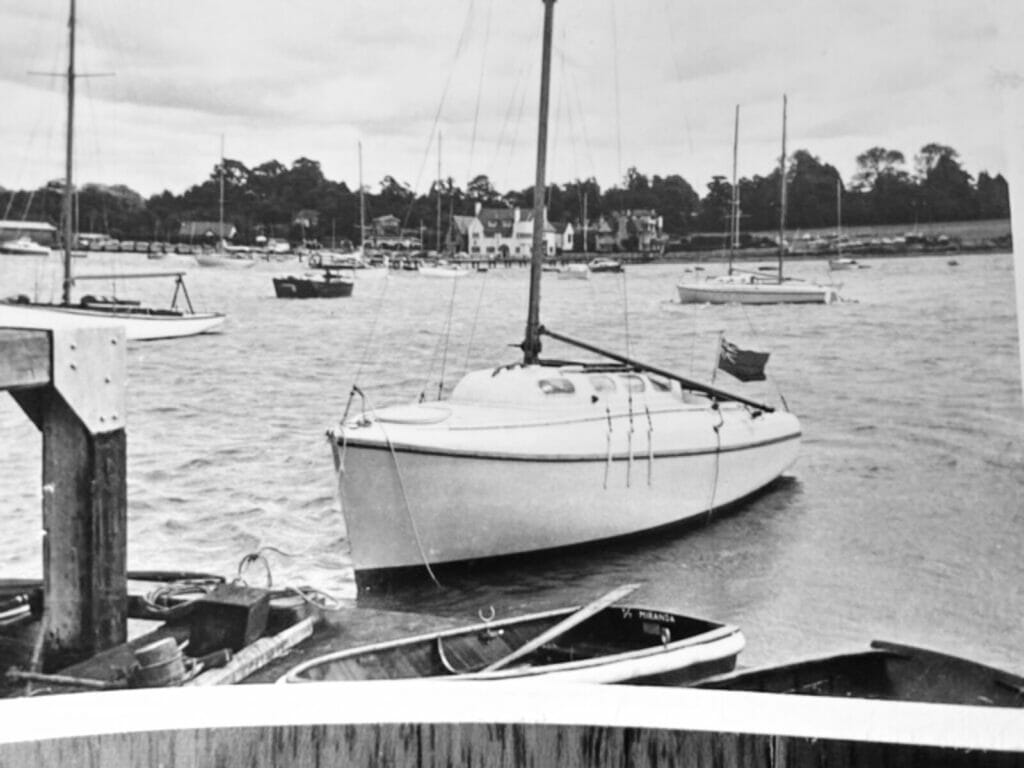 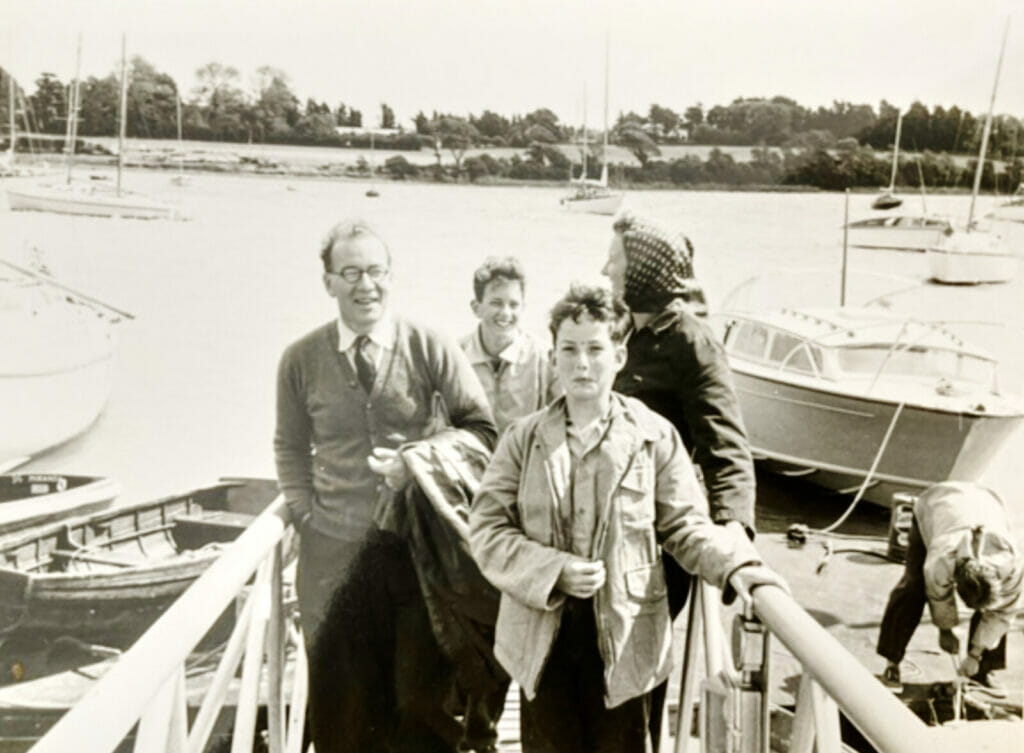 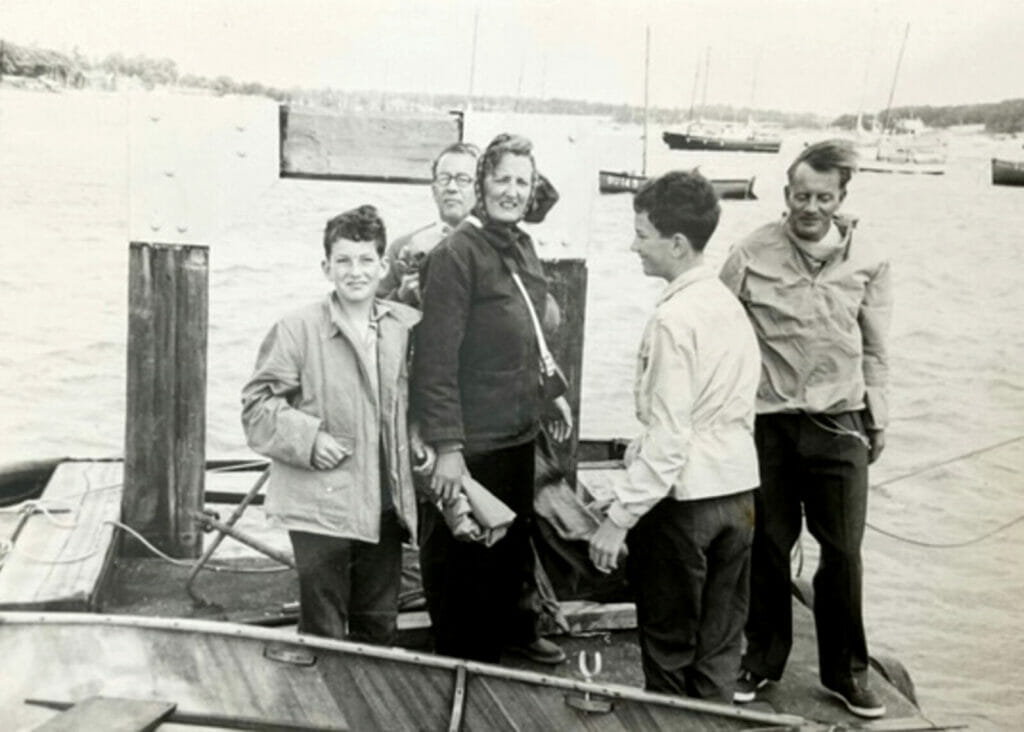 One thought on “T10 Calista – Memories from her first years”