Weren’t they dropped from aircraft during the war? 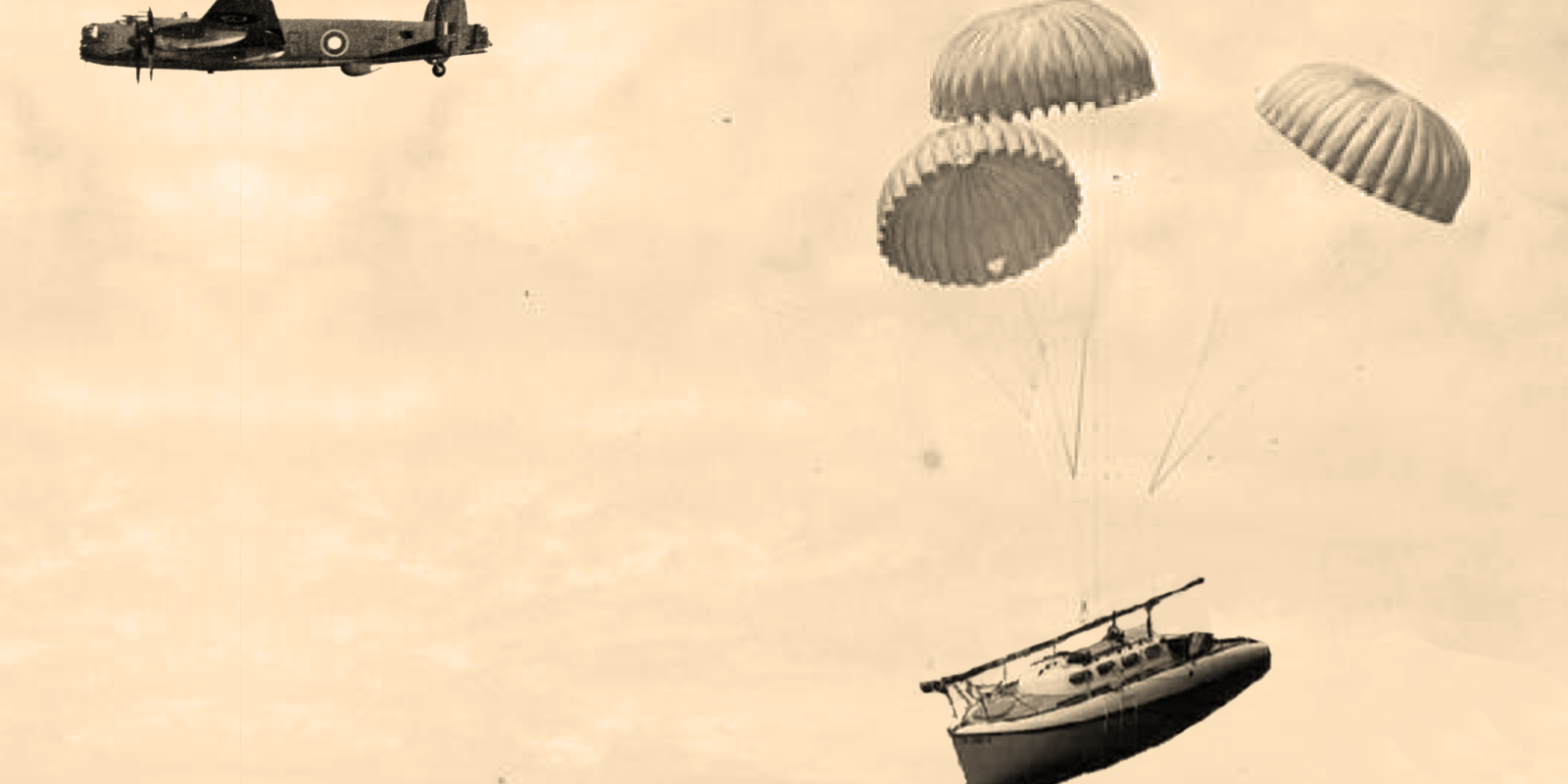 This is a comment that most Atalanta owners will have come accross at some time.
It’s usually when you are tied up alongside in a small harbour attracting attention from all the passers by and someone comes up and says it!

So how did this myth come about? Well, there are some visual similarities as both were designed by Uffa and based on his successful dinghy designs. This visual confusion is increased due to the ‘turtle back’ appearance of both once the lifeboat’s own-deck airbags had inflated. It is also true that after the war many pleasure yachts were created from retired airborne lifeboats, and fast yachts they could be. But they were not Atalantas. These similarities are explored further below.

Learn more about the Airborne Lifeboat on this website.

You are on the right website to learn about Atalantas.

The Airborne Lifeboat needed to be strong and fast and Uffa’s lines were a development of his dinghy hull forms, with a stern similar to his canoes (to provide reserve buoyancy without excessive hull depth under the aircraft on the ground). The Atalanta was a development from his Fairey dinghy hulls, the concept boat Sujanwiz being an extended Fairey Swordfish. The hulls do therefore bear some visual similarities. Note however the vertical stem of the lifeboat com[ared to the raked stem of the Atalanta. The Atalanta hull also has a more ‘V-shaped’ hull amidships and has a transom stern.

The construction of the lifeboat and the Atalanta also appear to have similarities, with multiple planks laid over a framework. However the construction methods are in fact very different.

In the case of the lifeboat a structure of closely spaced frames is built over a set of formers. The planking is attached to this framework which forms an important part of the hull. Further layers of planking are applied at an angle to the first with fabric between and the whole held together with metal fastenings. The construction is very strong and able to cope with the stresses when the lifeboat hit the water at 25mph.

The Atalanta hull is formed with no internal framing by gluing layers of veneer planks over a mould. Each layer is at an angle to the previous one and the resulting hull is like a boat-shaped piece of plywood. Bulkheads and minimal framing is added to stiffen the hull which is much much lighted than the mahogany planked lifeboat.

Another visual similarity but not many people will have made this connection. The lifeboat had to be hung safely beneath parachutes. This was achieved by having strops fitted to eyes bolted to the strong central core of the lifeboat. When designing the Atalanta Uffa Fox included a similar arrangement to allow the boats to be launched and recovered using a crane without slings. There were three attachment points: two on the keel structures port and starboard side of the main bulkhead and the third over the skeg in the aft cabin.