Photo: Bastia. We just do it for the photos

Photo: Fornelli Straight. Coming up from Alghero you can pass through this straight between Sardinia main land and the Isola Piana, below Isola Asinara. The rocks stick out in a westerly direction and I would not trust the accuracy of the GPS in this. I probably mentioned it last time I went through. 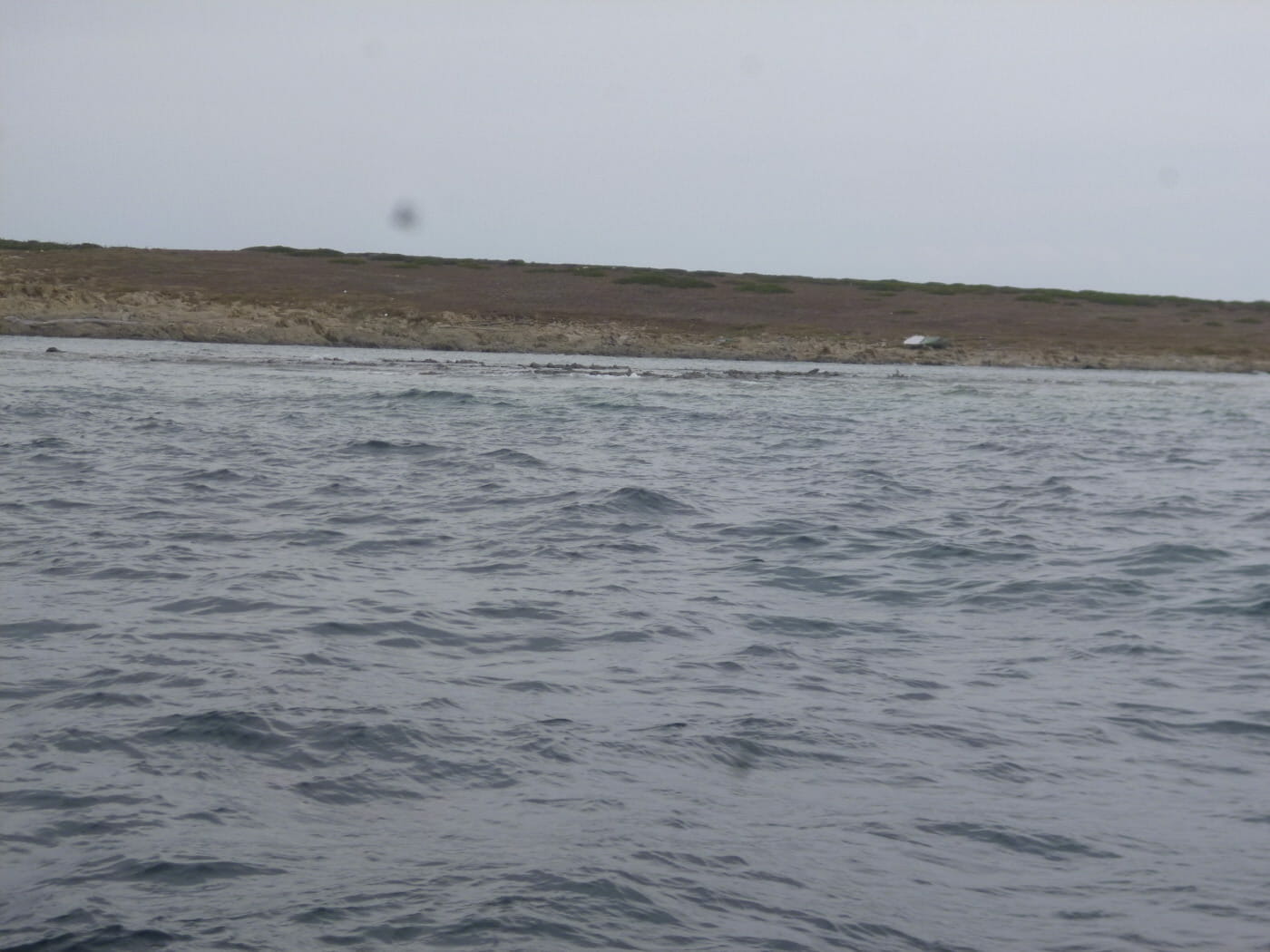 Photo: Corsica east coast. Just north of Solenzara it was a calm day and I covered a lot of miles on the motor. The scenery here is very Tuscan and with the Corsican mountains in the background it is magnificent. 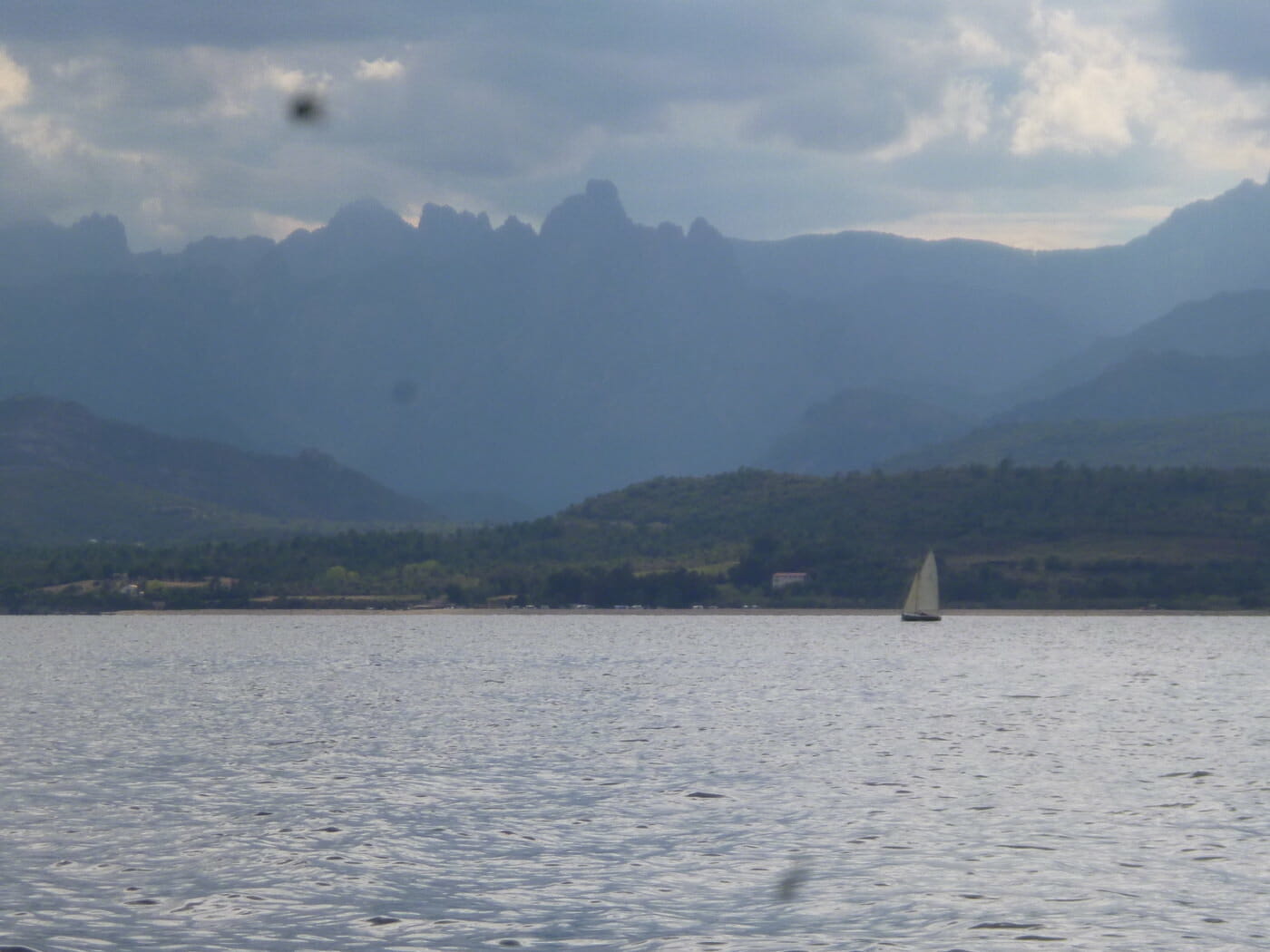 Photo: Portoferraio. I spent one evening in the port as it was the most expensive at Euro 35 a night but I got some washing done and visited the fortifications and generally went for a wander. This is the largest bay in Elba and many people anchor in the south of the bay. As I did the second night. 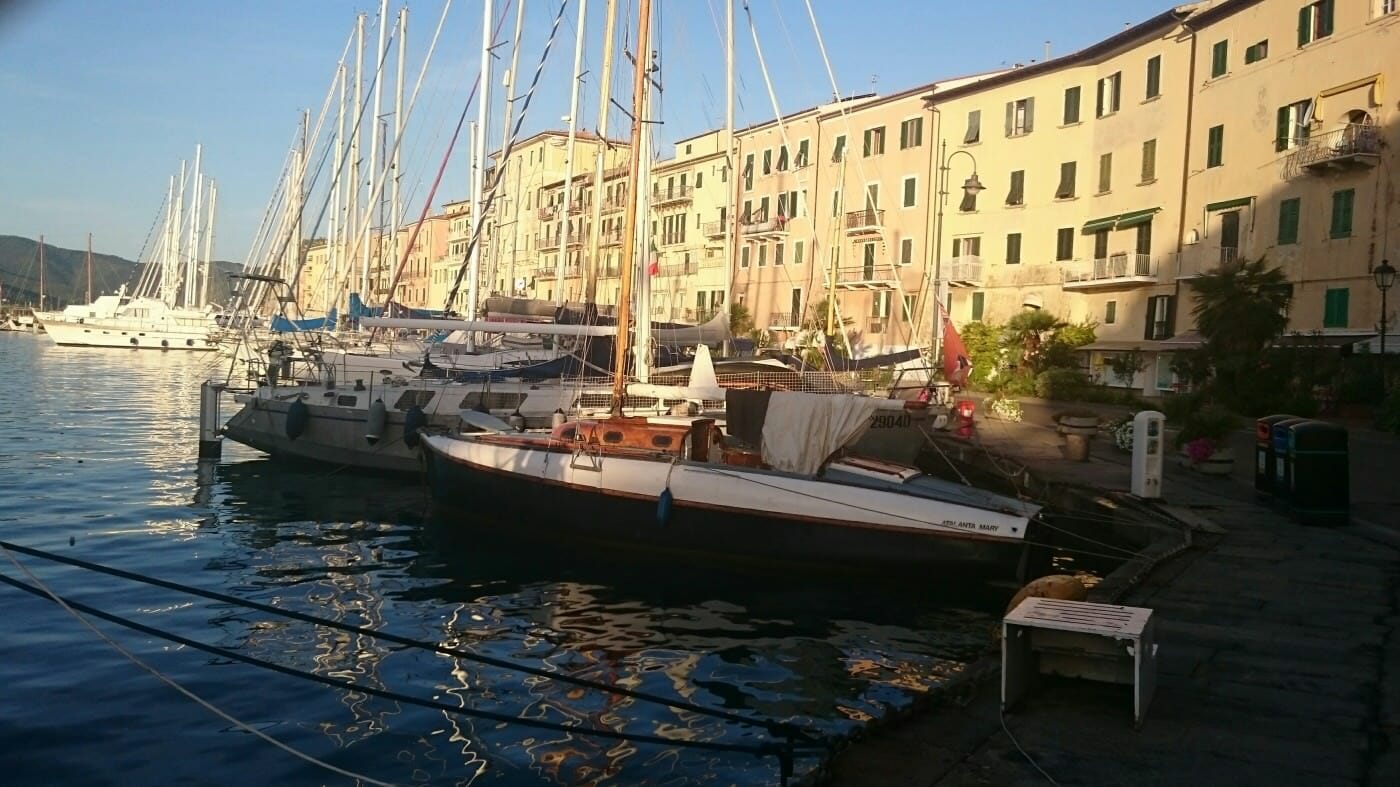 Photo: Portoferraio. This is a fortifications view of the port the town is surrounded by a larger bay where you get to see a good Tuscan sunset. Unfortunately when I was there there was somewhat of a minor libeccio which reduced visibility and increased humidity. I was told this southerly wind is very hot and picks up a lot of the moisture from the sea on its way over. By morning it was so damp my matches failed to work. 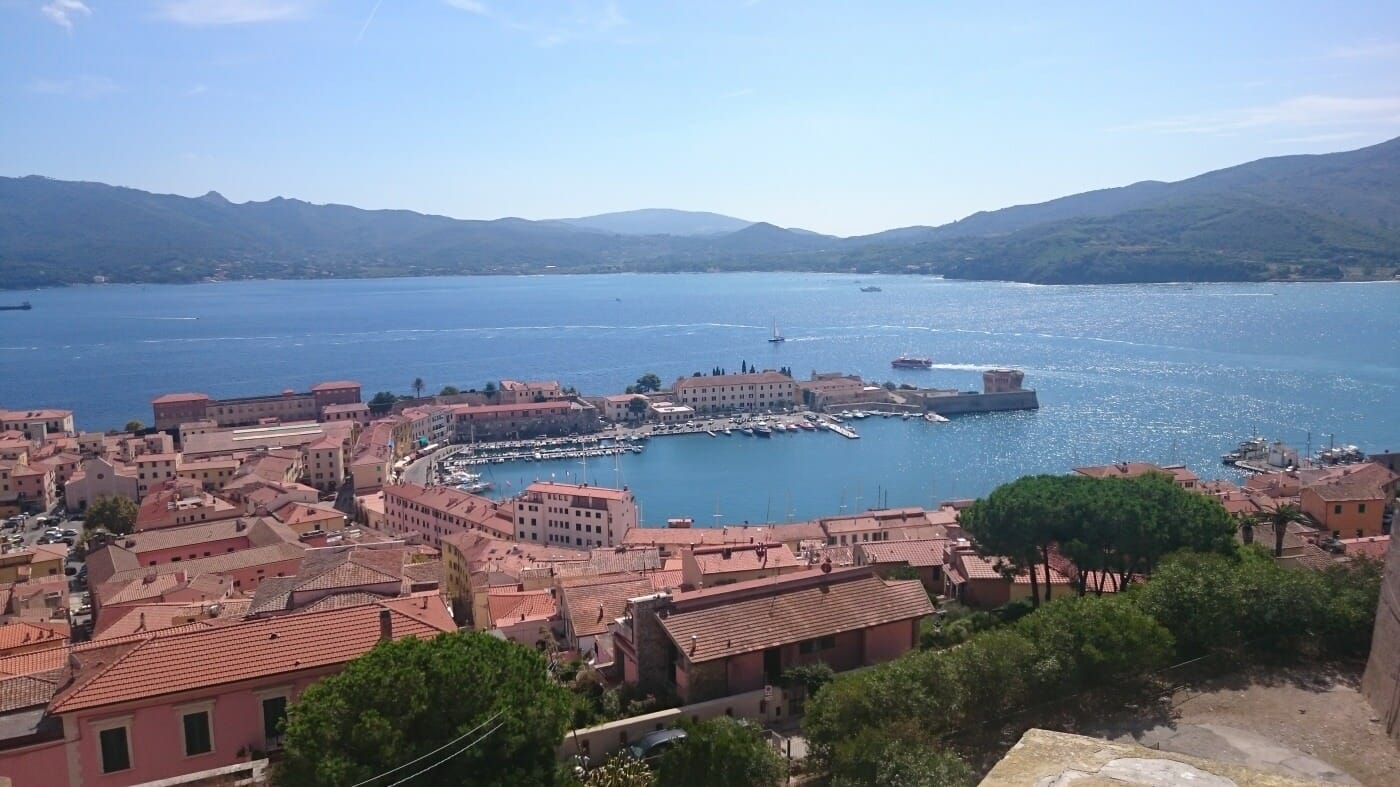 Photo: Entry to the River Arno. This is the entry to the river that Mary will spend the winter of 2015. When I entered there was a swell across the mouth of the river (south to north). The pilot says the southern side of the entry silts up. So do I keep to the south and risk a grounding or to the north and risk being swept onto the rocks. 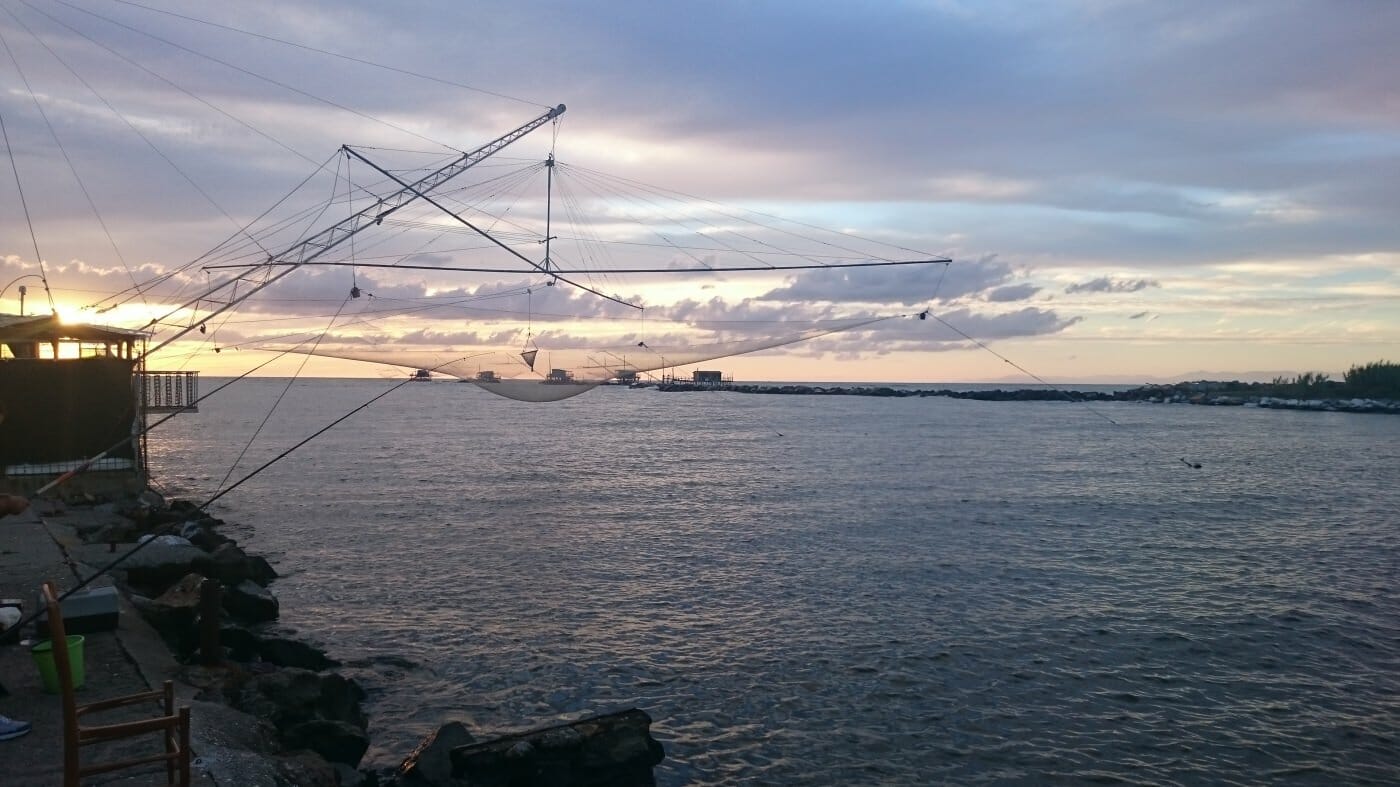 Photo: Pisa marina. This at the entry to the river Arno where Mary is spending winter. Maybe I need to fit a Web Cam. 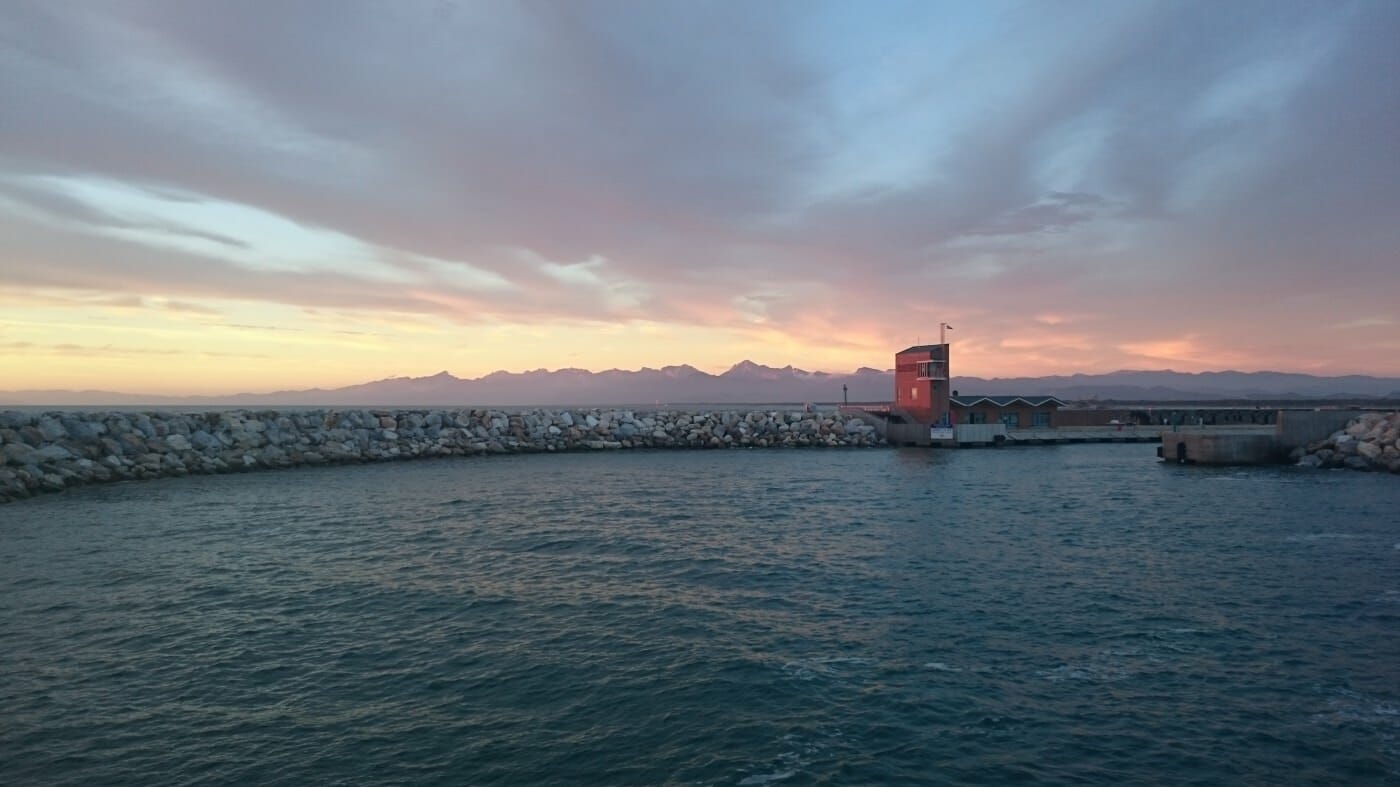