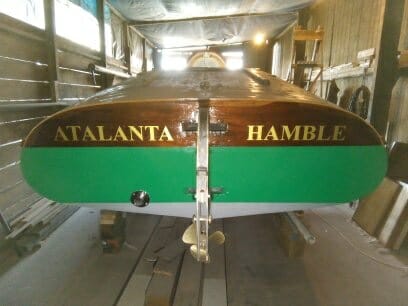 The transom, better than the surrounding hull

There is an apocryphal tale that the overall length of many Atalantas is an inch or two shorter than when they left Faireys. Apparently, many owners when examining the leaking transom to hull joints of their boats, decided the best way to tackle the problem was to saw off the entire transom and replace it with a new one – thus making the overall length a couple of inches shorter. Whether this is true of course………….

A1’s transom was showing all the symptoms of 60 or so years of use. Bearing in mind my principle of keeping as much of the original boat as possible, I decided quite early on to keep the existing mahogany transom – repairing it as necessary before painting and varnishing it to the original colours. Paint of course can cover a multitude of ills, but varnishing is less forgiving.

Despite there being many holes and rot in the deck and hull, where these mouldings join the transom, the mahogany transom itself was not in bad condition. Along the top (deck) edge, there was soft wood and rot along much of its width. But along the bottom, it was sound. But the transom as a whole was peppered with open and filled holes where lots of ‘things’ had been attached over the years.

Old paint was burnt off, soft wood and rot was removed and then cut back to sound timber. Oversized pieces of mahogany of the correct thickness were then glued into position. I cut a piece of scrap plywood to match the curvature of the deck edge, and with this clamped in place, shaped the newly glued fillers until they took on the form of the deck edge. All the holes were drilled out and then plugged with mahogany. The new pieces of wood and the plugs had to be stained to match the original mahogany and the whole lot painted and varnished after the new deck and hull veneers had been applied (see elsewhere).

New name and the original port of registry transfers have been applied and I think the overall callipygous result is rather good! 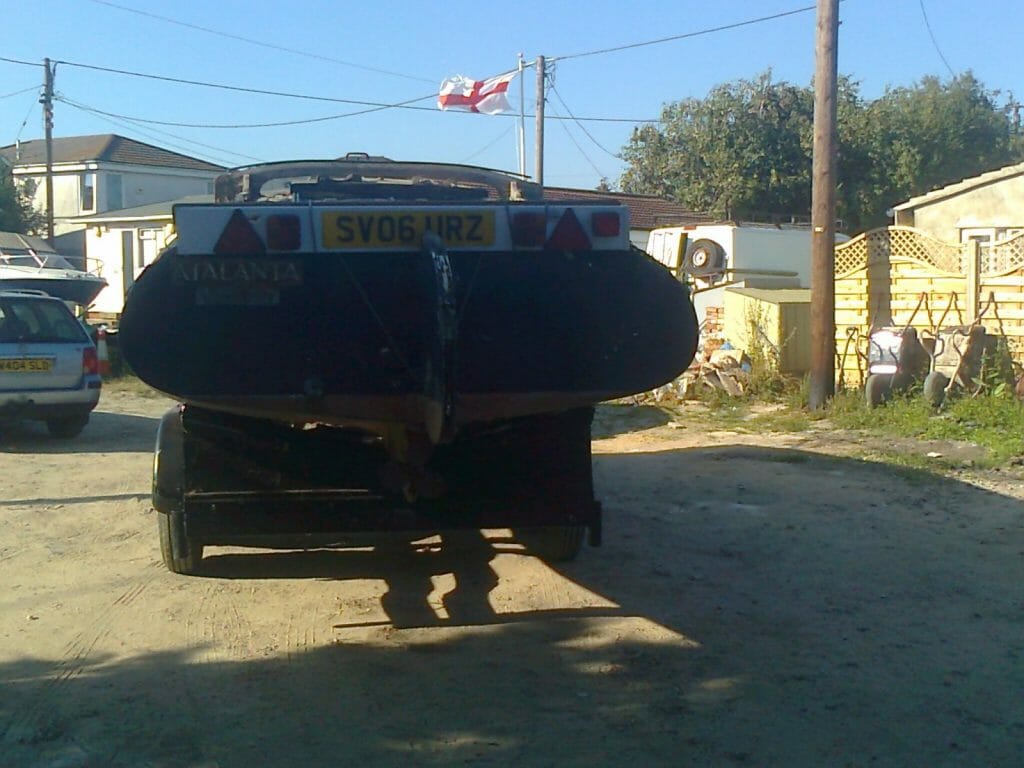 A1 7.0 A1 leaving Point Clear, showing her better side and with the promise of better things to come 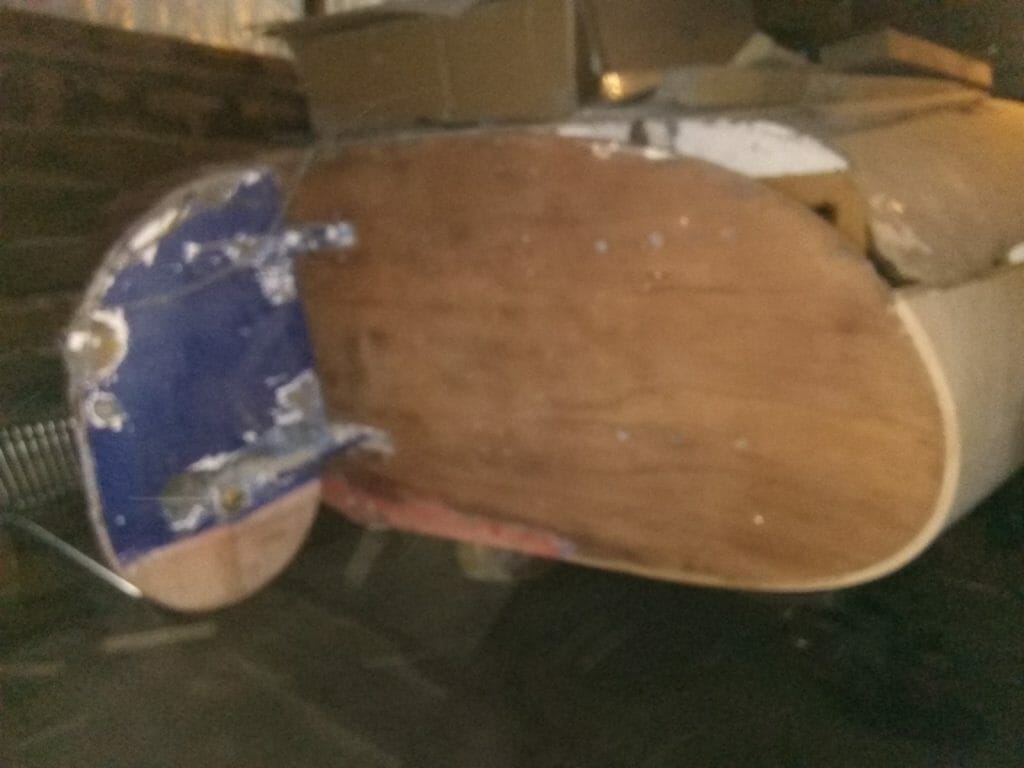 A1 7.2 Transom starboard side – paint burnt off, but otherwise ‘as found’ 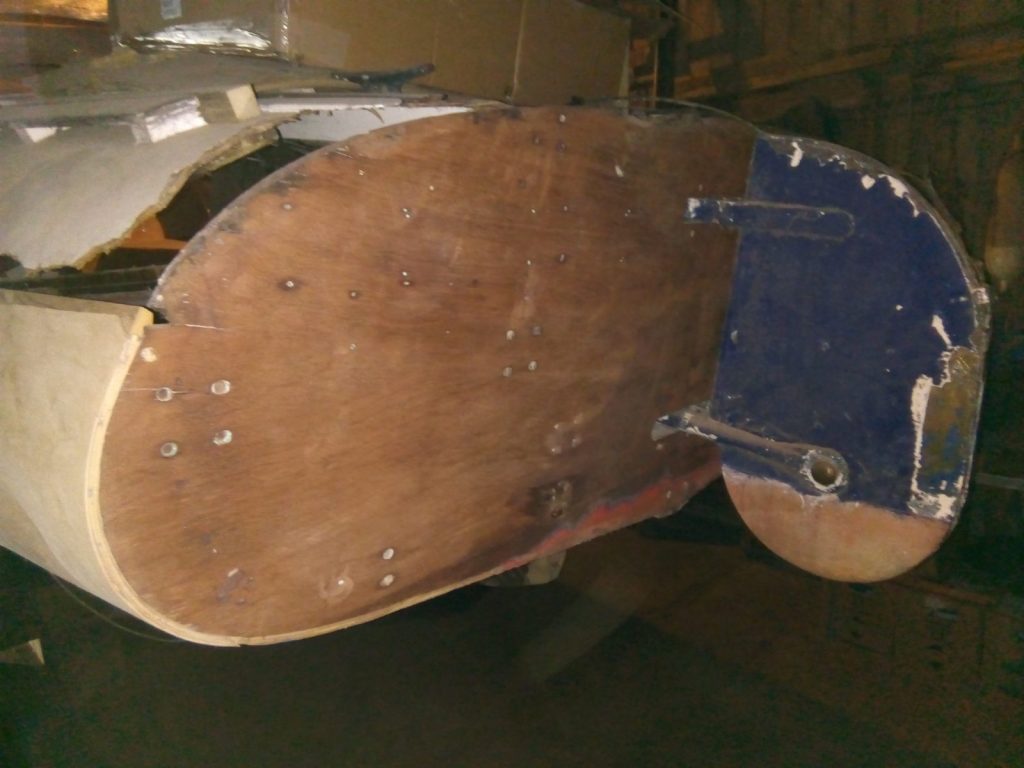 A1 7.3 Transom port side – paint burnt off but otherwise ‘as found’ 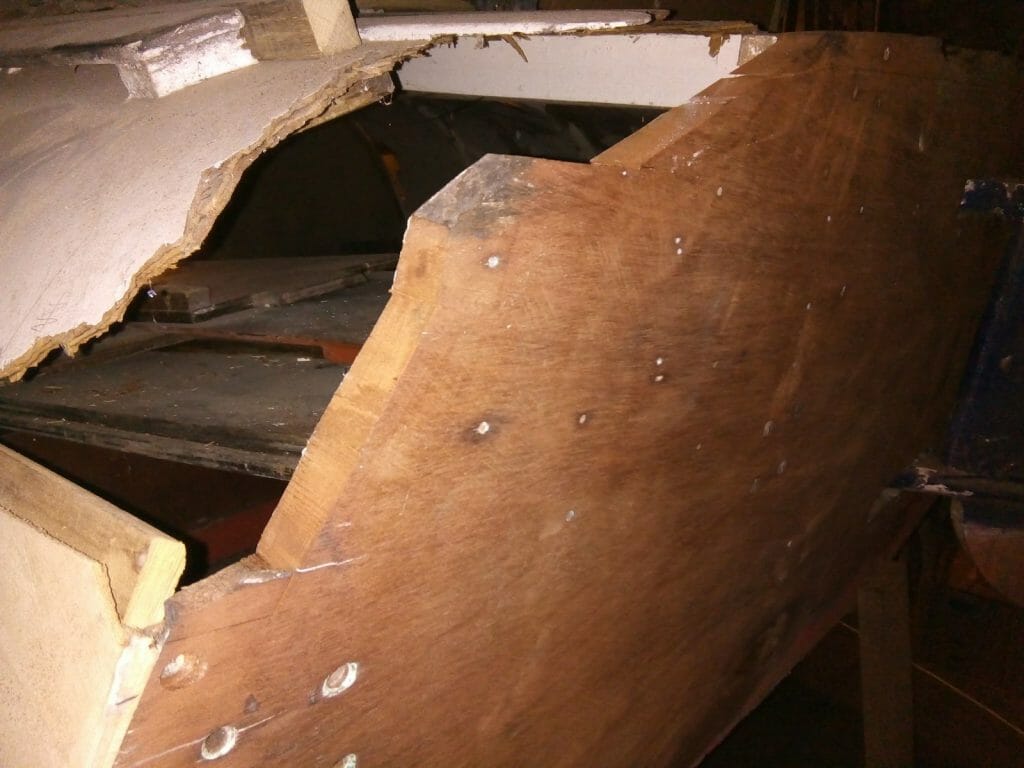 A1 7.4 Transom port side – rotten areas along the top edge cut away 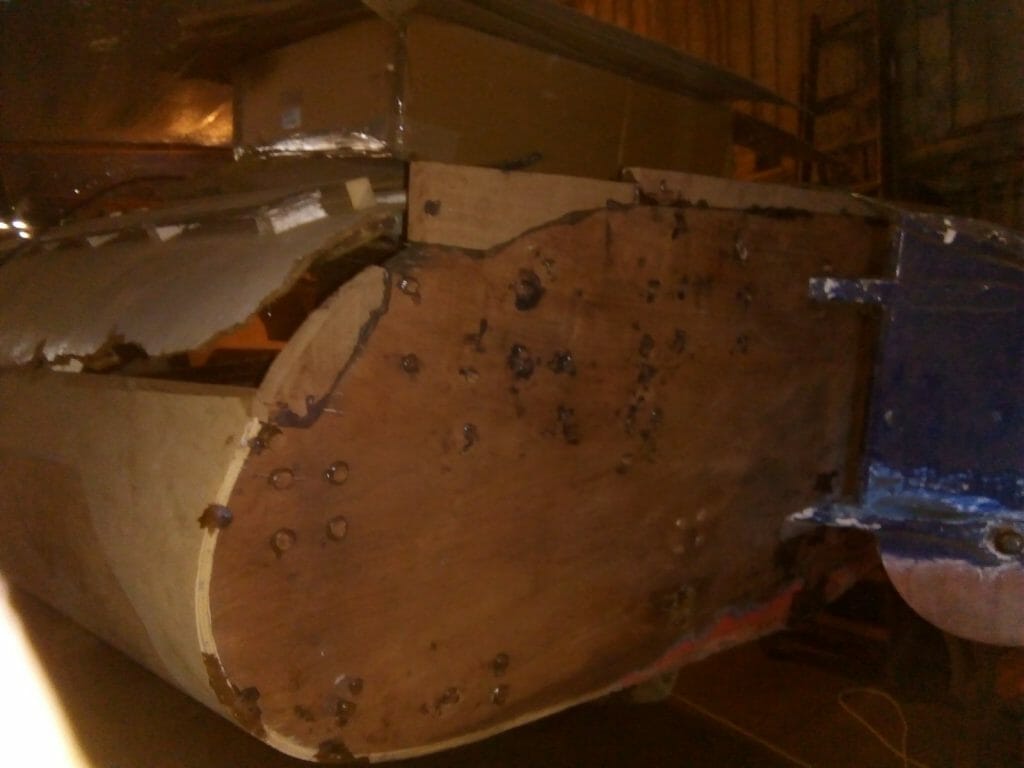 A1 7.5 Transom port side – oversized mahogany inserts glued in place 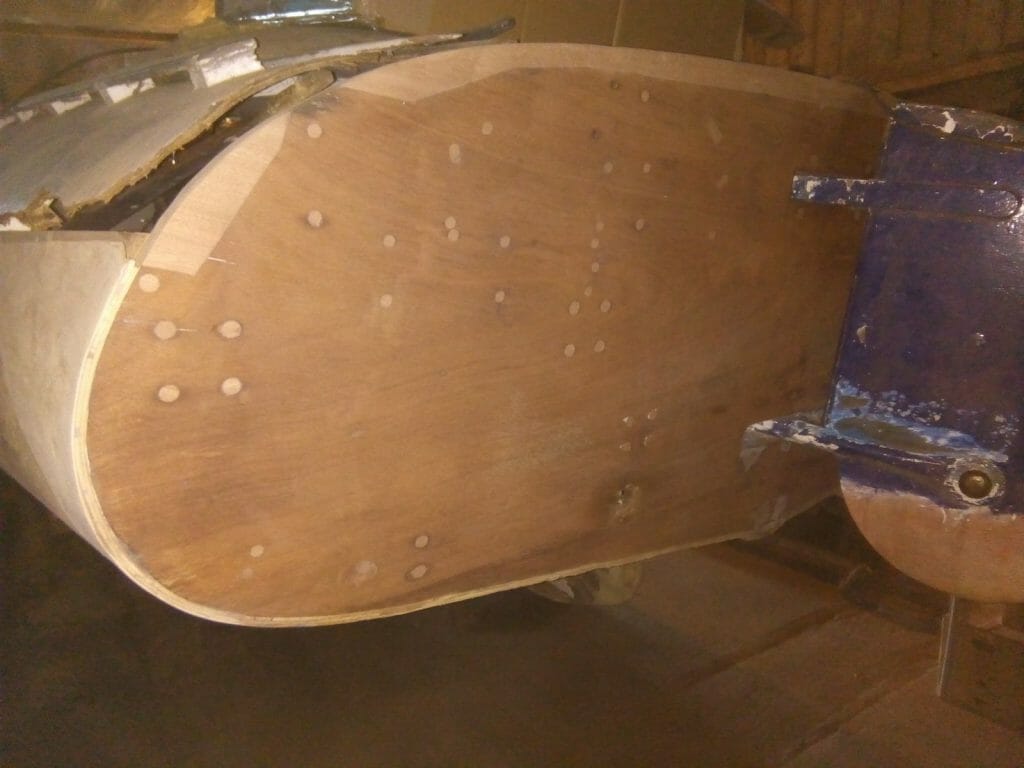 A1 7.6 Transom port side – new inserts faired off and all holes drilled out and plugged, except the hole for the engine exhaust transom fitting

A1 7.7 Finished transom, painted and varnished with name transfers applied