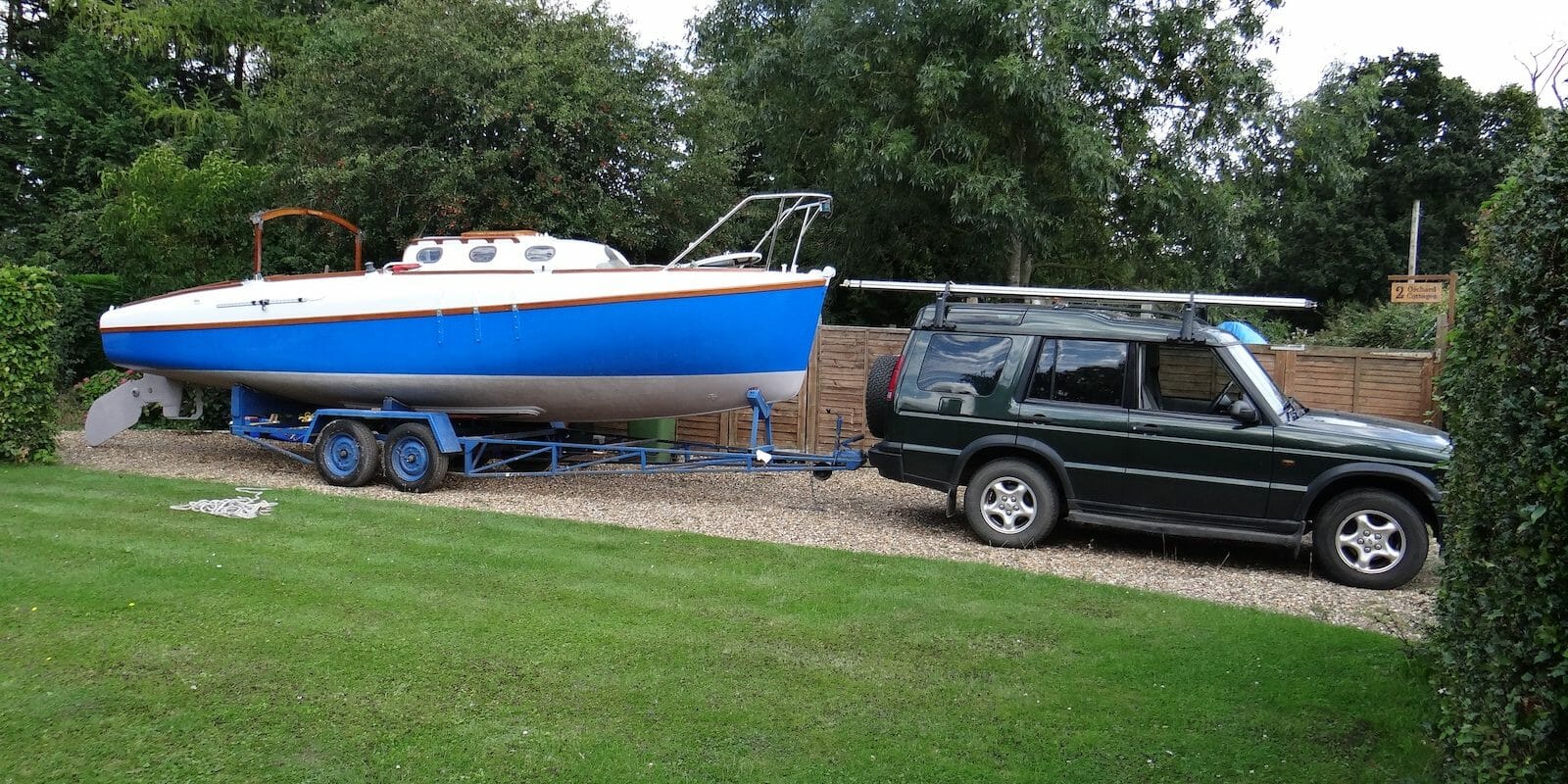 I bought Helene in 2007 expecting to do some light renovation of the decks and then get sailing. I got her home and started the work.

And then I made my first mistake…..I built a large ‘tent’ around he from scaffolding and tarpaulins so that I could work in the dry. The second mistake followed quickly as I decided ‘whilst I am doing this, I might as well do that’.

Warning: Aim for a ‘rolling restoration’, not a full-on rebuild!

Progress was good in the first year around work commitments, although rather more wood was removed than originally planned. In the second year I started to miss sailing and made my third mistake. I bought a boat on The Broads to give me some sailing whilst I carried on with Helene. Not a project boat, just a boat to use. A 1912-ish traditional gaff-rigged Broads cruiser. It started well, a bit of sailing and a bit of work on Helene. Then I decided to do some repairs on the gaffer, one thing led to another and suddenly I was sailing and working on the gaffer. Enjoying it a lot, but not working on Helene.

But I did get back to Helene, had a lot of fun finishing her and then sailing her. In case it is useful to others I have documented a few of the things I did.