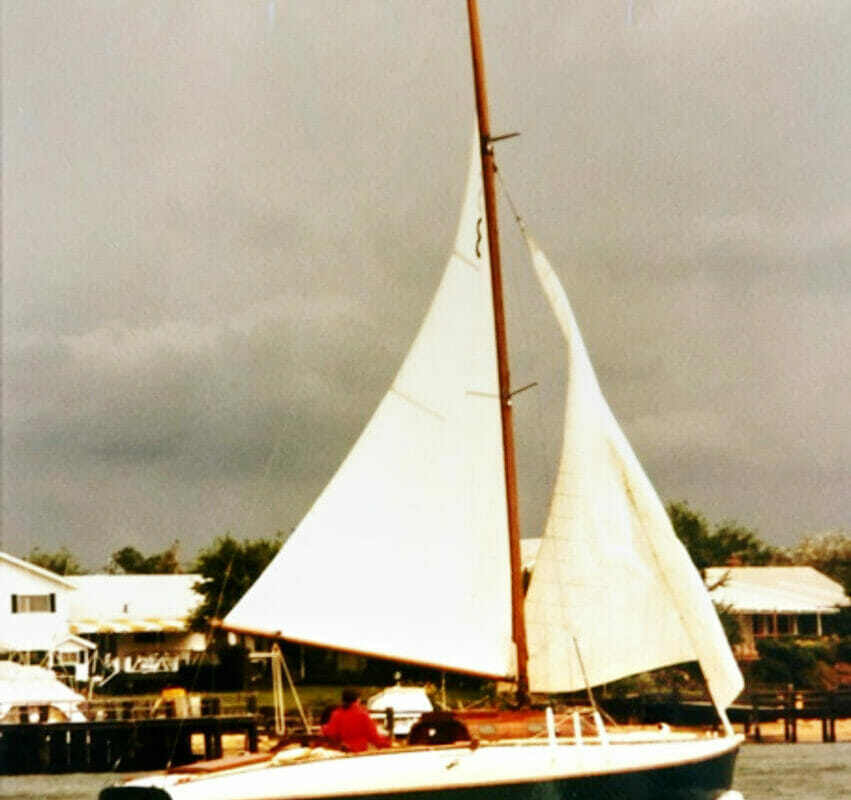 I was delighted to welcome an ex-owner of Kicky Wicky as a website user last month. Having ‘conversations’ with ex-owners and their families is one of the delights of my job as Webmaster. Linda very kindly provided an insight into her husband’s and her time with A85 and some excellent photographs to include on A85’s previously bare boat-page album.

I will let Linda pick up the story:

What’s in a name?

Our recollection is that we took the name from a Shakespeare play* and that it meant “little wife,” at least that’s what we thought when we chose the name.  Later on we found out that there was an alternative definition–“contemptible bitch.”   There were times when the second definition fit perfectly, too.

We became Atalanta owners in the Spring of 1970, just before we were married.  I had become a dedicated sailor in my teens, and my father had promised a boat as a wedding present.  The boat we wound up with, purchased from Donald Bailey, was an Atalanta, and we renamed her “Kicky-Wicky.”   She was a boat that forgave most of the mistakes we made as young and relatively inexperienced cruisers, she never felt unsafe, and her unusual appearance meant that we met and talked to a lot of different people when we cruised around.

While we owned her, Kicky-Wicky was based on Long Island–first on the south shore on Great South Bay, a body of water with plenty of wind but mostly so shallow that we used to say that if you went overboard and weren’t in a channel, you could walk home.  We never dropped the keels the whole way while sailing there. Then we moved her to Greenport as her home base, all the way out on the North Fork of Long Island, while we still lived in Manhattan, 70 miles away.   She was our summer weekend home, and on weekends we sailed her in the areas of Peconic and Gardiners Bays–large open waters between the twin forks of Long island.

On summer vacations, we cruised Kicky-Wicky all over Long Island, the Connecticut, Rhode Island and Massachusetts shores up to just short of the Cape Cod Canal, and also took her to Martha’s Vineyard and Block Island.  We also became acquainted with another Atalanta owner, Jan Adkins (he writes/Illustrates regularly for Wooden Boat magazine).  The person who put us in touch with Jan was yet another Atlanta owner, Stuart Brand (the editor of a 1970’s back-to-the-earth movement publication, the Whole Earth Catalog) who saw our boat sailing somewhere.  At one point, we went to visit Jan via sail and there were two Atalantas moored in the harbor in Marion, Massachusetts–probably the only time that have been two Atalantas  in the same harbor at the same time on this side of the Atlantic.

We sold Kicky-Wicky in 1980 when I was pregnant with our first son and bought an Alberg 35 which we cruised for many years, too.  Twenty-six years ago we moved to house on the water on Long Island’s north shore, on a part of Port Jefferson Harbor (near Stony Brook University). We downsized to a daysailer, a Sakonnet 23, about a dozen years ago. 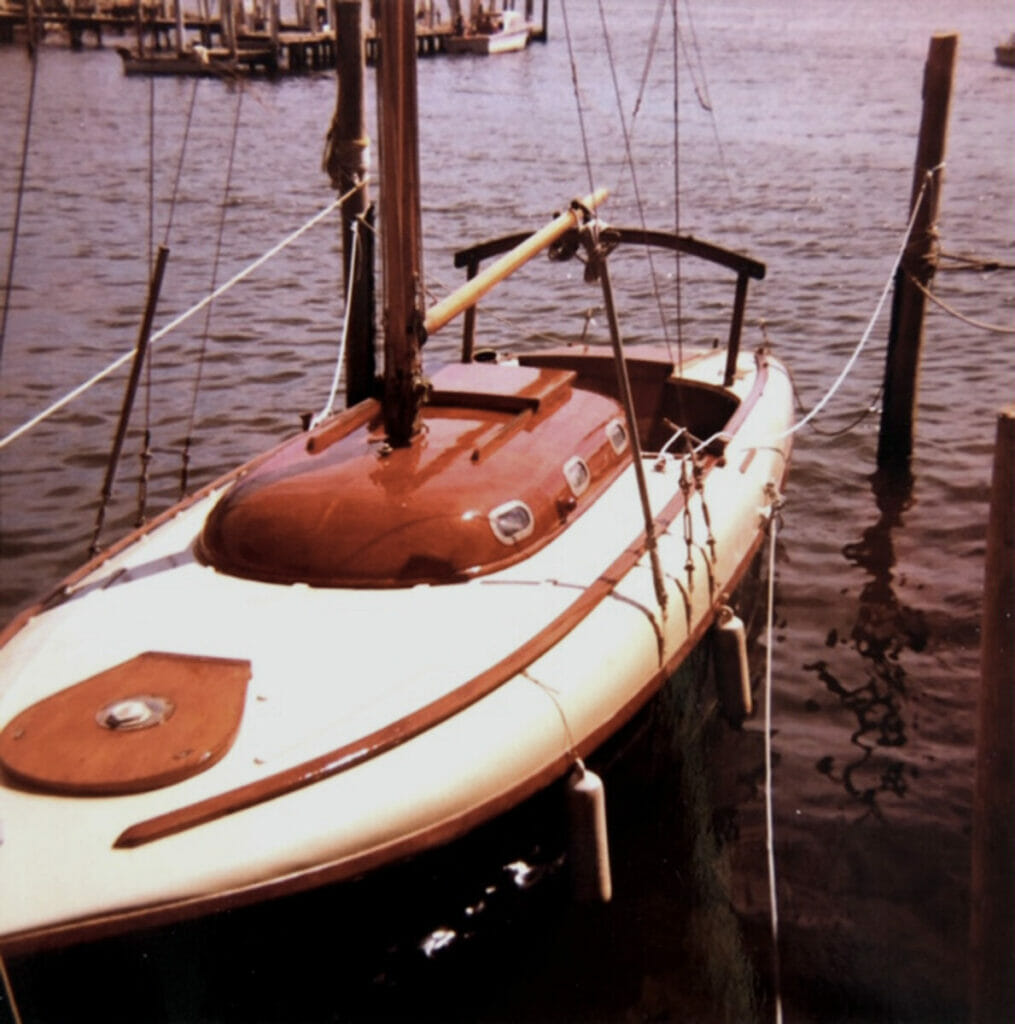 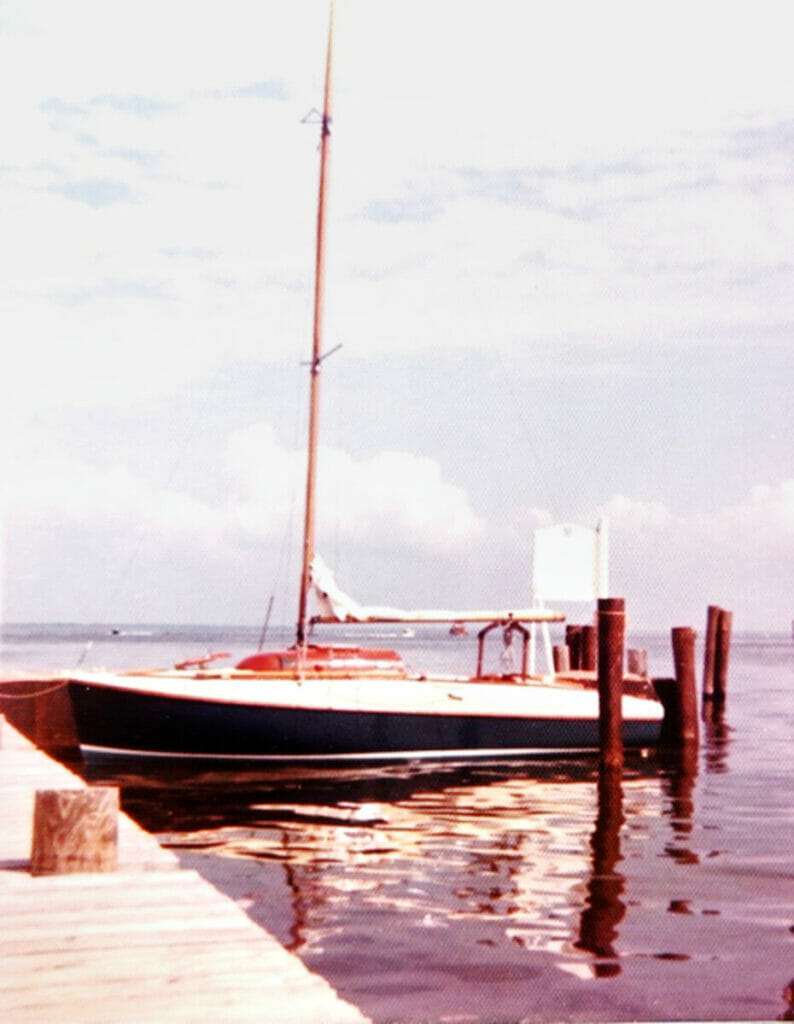 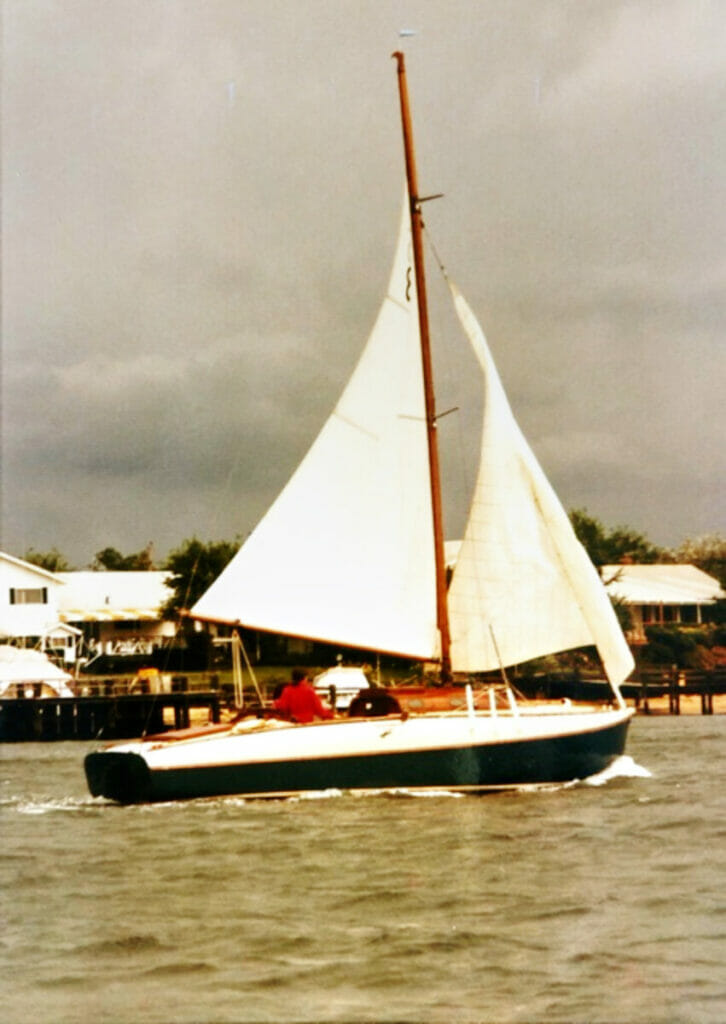 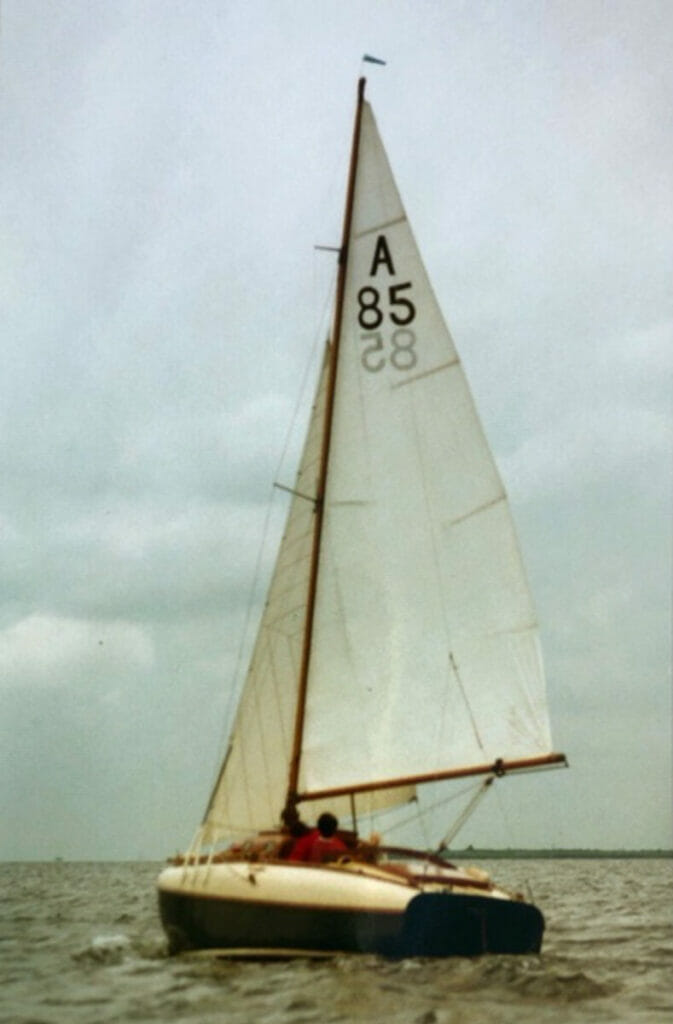 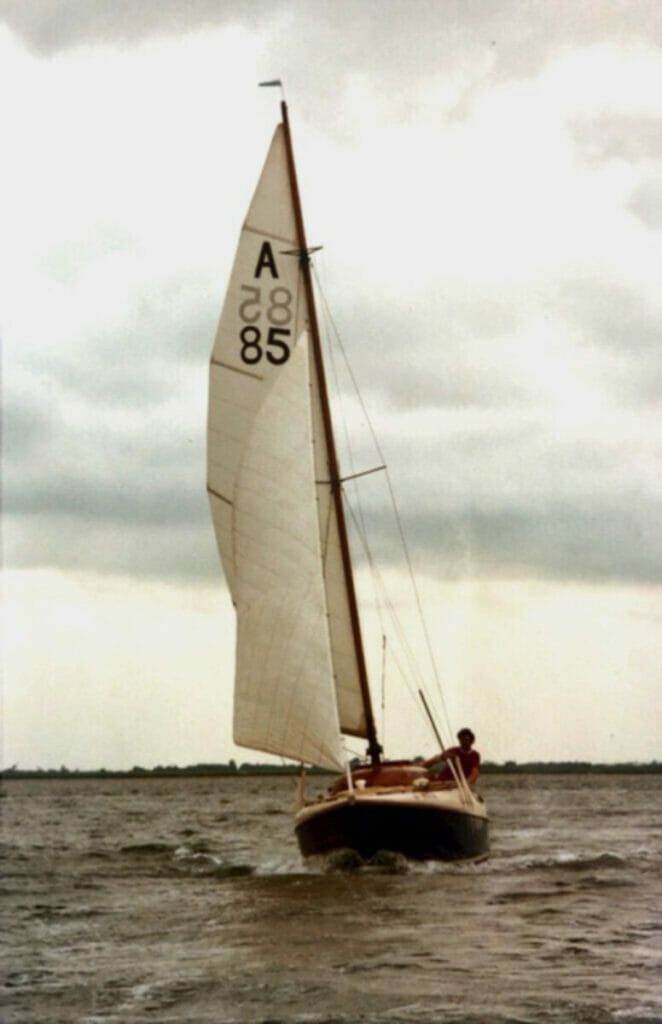