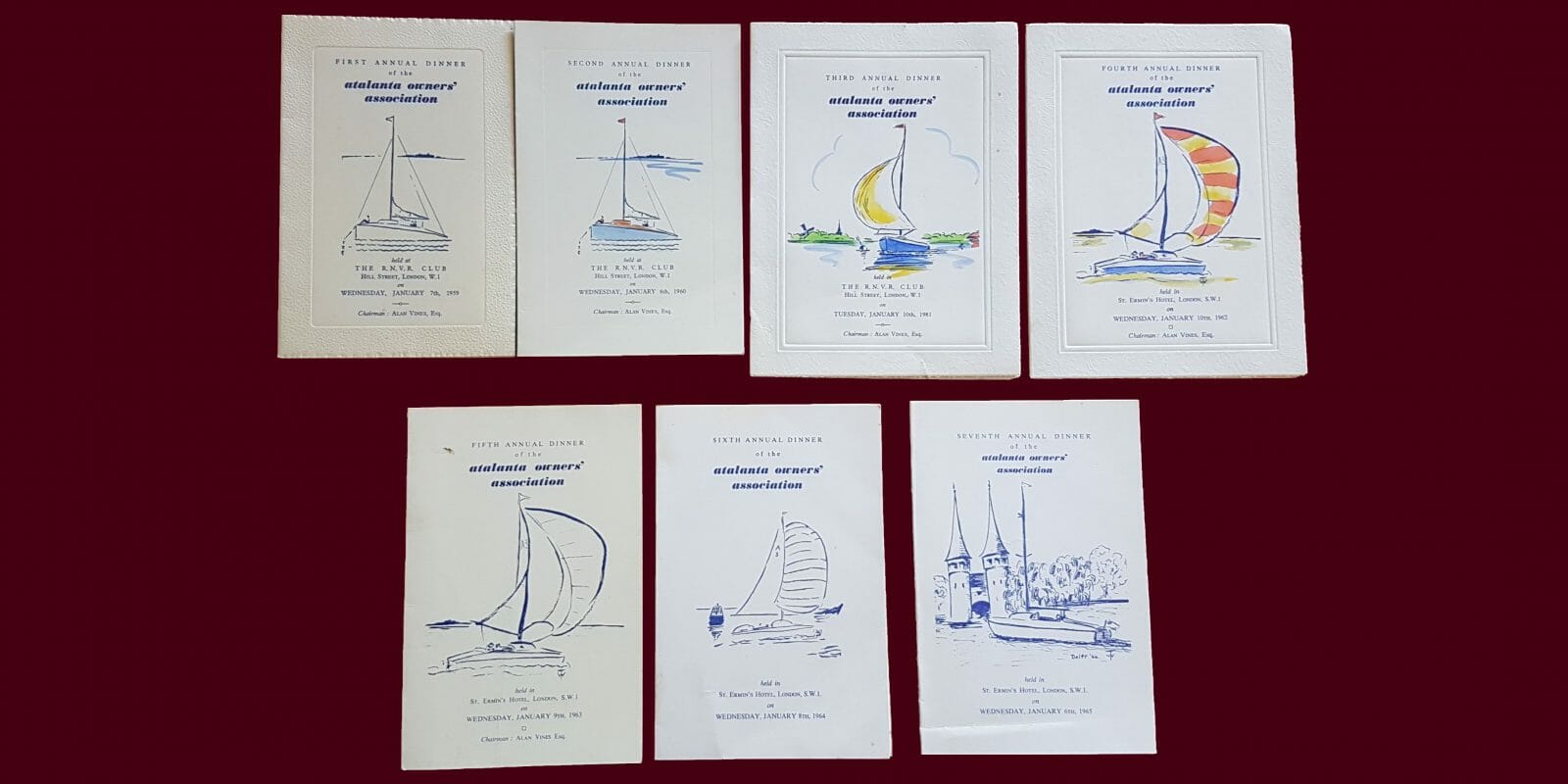 Since the inception of the Association the annual AGM has been accompanied by a social gathering and meal. Between 1962 and 2010 this was held in the excellent St Ermins Hotel in London with dinner after the AGM. In 2011 the venue finally changed and in 2012 the AGM was moved to the middle of the day with the social and lunch following.

The AGM Minutes often included a write up of the Dinner / Lunch and in more recent years the affair has been documented in posts on the website. Below are a few extracts from the Annual Dinner history.

The early Dinners were accompanied by Menu and Attendance cards. John Dixon, whose father and uncle jointly owned A30 Trio, very kindly donated the cards for 1959-1965 to the Association, and these can be seen below. The first two dinners were at the RNVR before the AGM and Dinner moved to St Ermins Hotel where it was held until 2010. (With one exception – the 50th AGM and Dinner were held back in the RNVR club in 2009. The cards give a sense of the grandeur of the surroundings and many members still talk fondly of the Dinners at St Ermins. 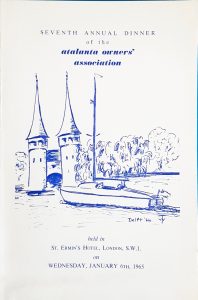 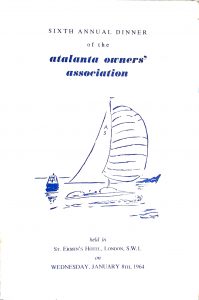 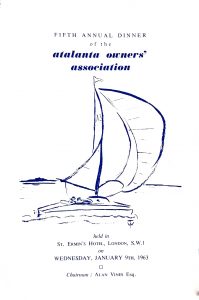 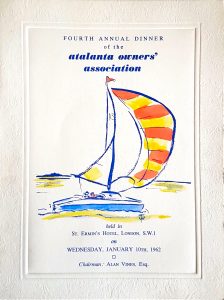 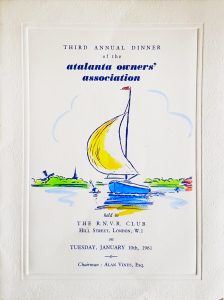 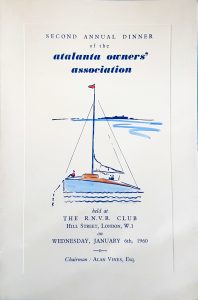 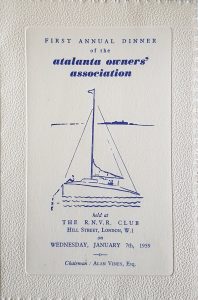 The Annual Lunch in recent years

The following posts record the lunch in recent years. Recently the event has moved to the Tamesis Sailing Club in Teddington on the Thames. Not only reasonably easy to get to from around the country but by the water. By coincidence it is also the sailing club of Sue Harris, daughter of Alan Vines. Sue forms one third of the name 'Sujanwiz', the Atalanta concept boat, and sailed for many years on Sujanwiz and many Atalantas.