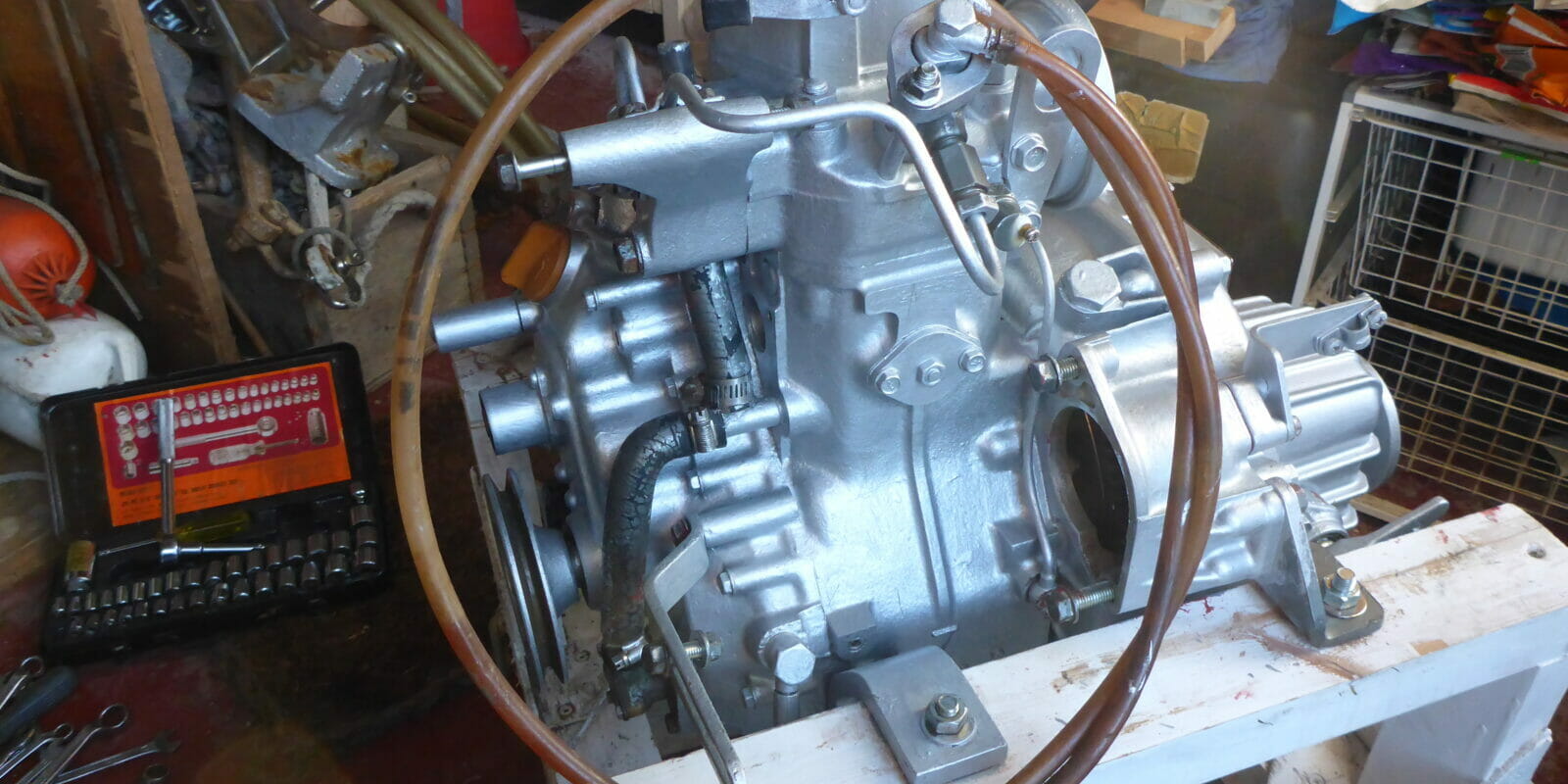 Bluster’s engine was winterised, but otherwise in reasonable working order. It was badly rusted in places, the fuel and oil pipes were beginning to rust, and the paint was peeling off much of the lower half, so it needed a partial strip-down, clean up and repaint. Most of the bits that could be removed without breaking gasket seals unnecessarily were removed and painted separately. The engine was then wire brushed, degreased with Gunk, and then given two coats of Hammerite with an additional undercoat on the alloy parts. This is not a high temperature paint, so may peel near the cylinder, but we shall see.

The engine was given a full service with an oil and oil filter change, primary and secondary fuel filter changes and zinc anode change. The water pump, which was leaking water badly along the spindle was rebuilt with new seals, as was the spare water pump. The exhaust manifold was also changed as there were corrosion holes from the water jacket to the exhaust pipe. The electrics were ok apart from some  of the control cables to the instrument panel which had chafed through the insulation and broken some strands of copper wire. These were bypassed by soldering in short sections of new wire.

The engine was then reassembled and the fuel lines were bled to remove the air.  I tried starting the engine by hand without the electrics connected, but in needs a heavier flywheel for this, or a tame gorilla. Consequently, the battery and instrument panel were connected; it then started at the first push of the button. Having convinced myself that all was ok, I put it back to bed for the rest of the winter.

This work was carried out under cover in a shed, but the temperature varied between about -6 and +1 degrees Celsius. Painting at this temperature was not ideal, but I was able to slightly warm the engine before and after painting with a tube heater under it and a box and blanket over it, however, when these were removed everything cooled down again very quickly.

When it goes back into Bluster it will have four new rubber mounts as these were falling apart.