The crew – Trevor, Pete, Don and John – joined Calista at her mooring in Milford Haven on Sunday afternoon. After settling in we motored up the river to Blackpool Mill. We spent the night anchored there in 1 metre in a pool of water retained by the shallows down stream of us. 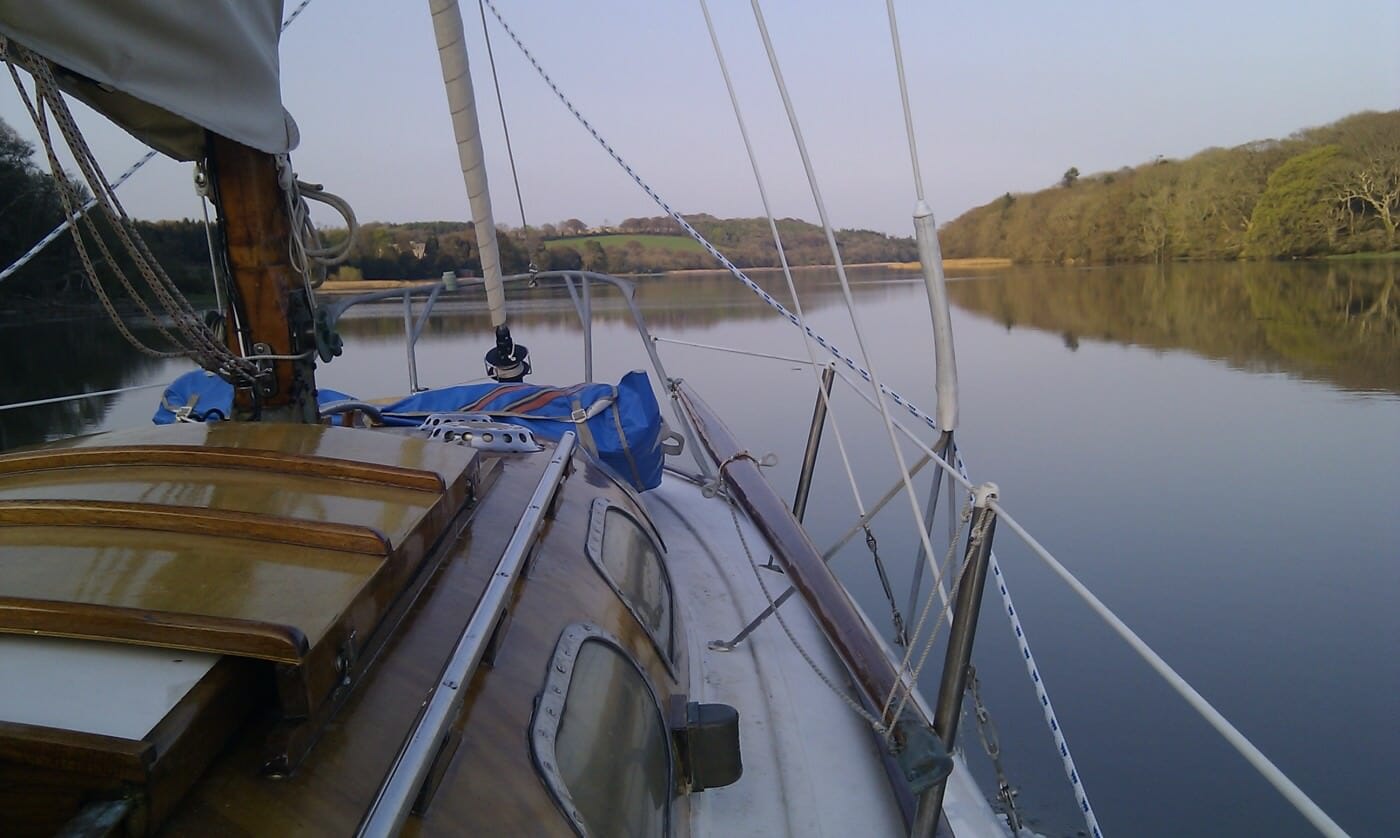 We left our overnight berth just before high water and carefully worked our way past the islands and shallows to get back down river, borrowing a mooring on our way for a bacon and egg breakfast. We then sailed on down to the open sea, and headed out to try for Skomer Island. The wind was fairly strong, and with tidal and wind constraints we felt it prudent to postpone the planned visit to Skomer until another day.

We anchored for a while near South Hook Point to wait for the tide to rise, and entered Sandyhaven at 1800. We anchored well inside the Pill for the night. We walked to a local hostelry later in the evening. 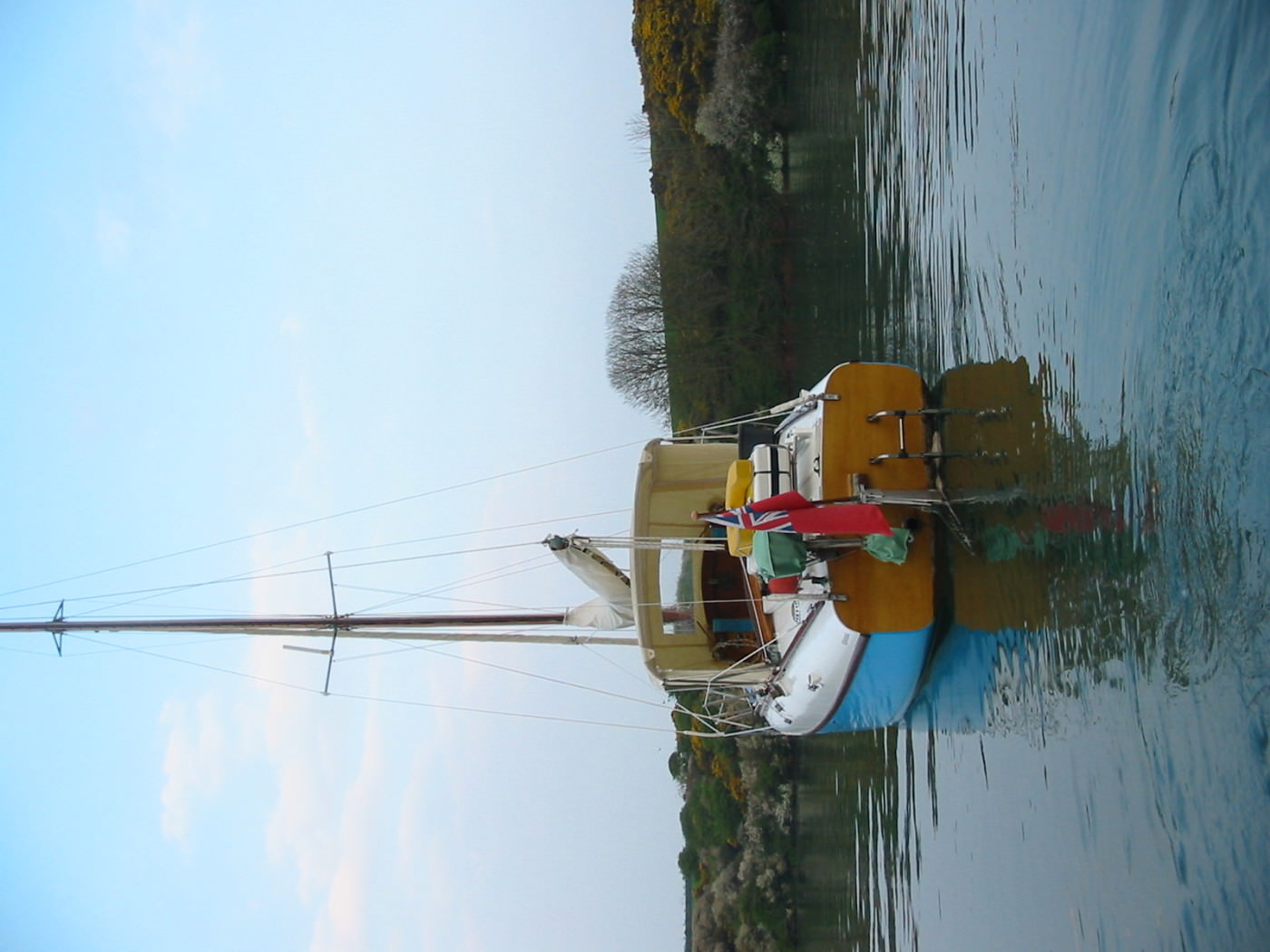 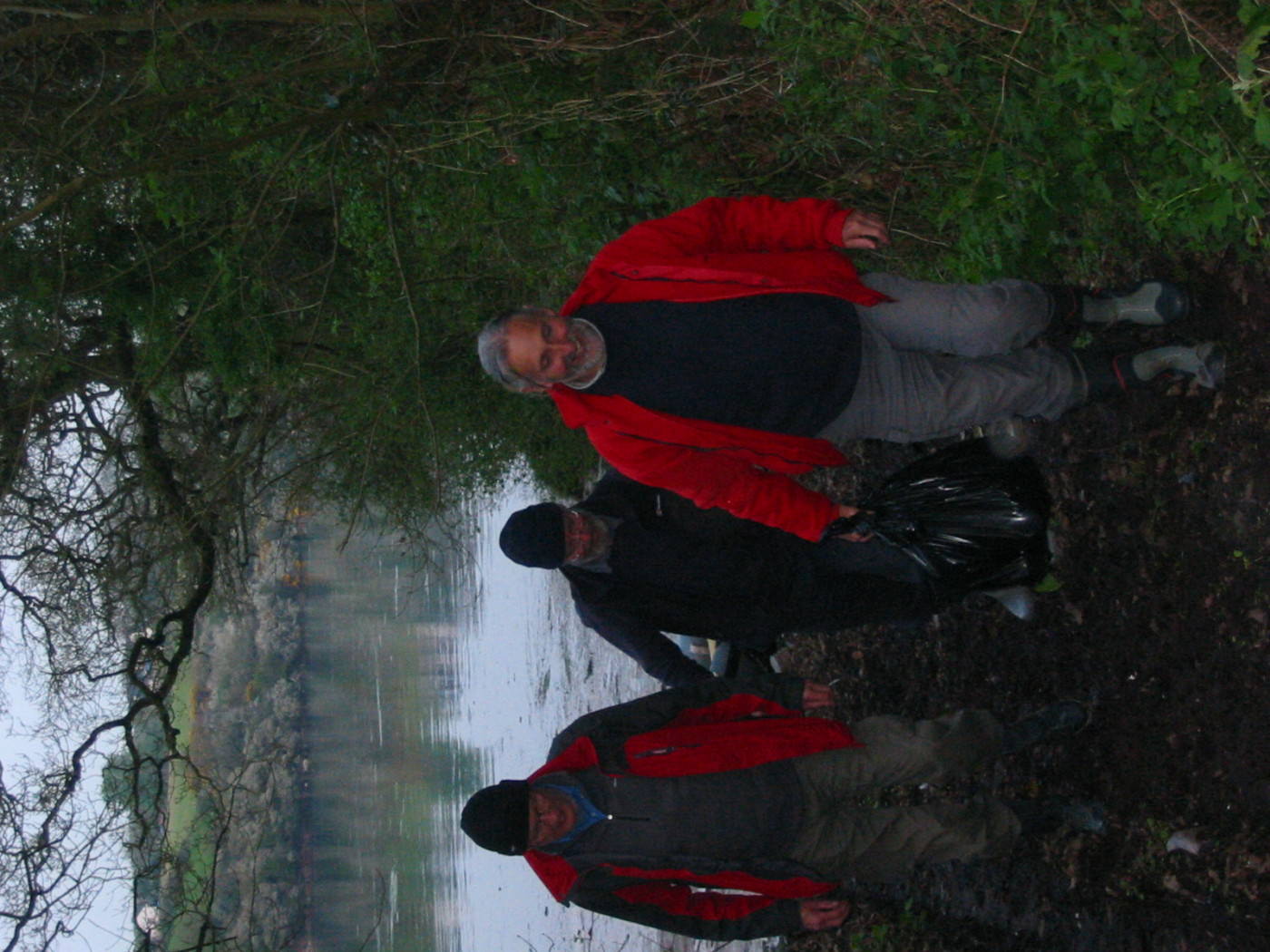 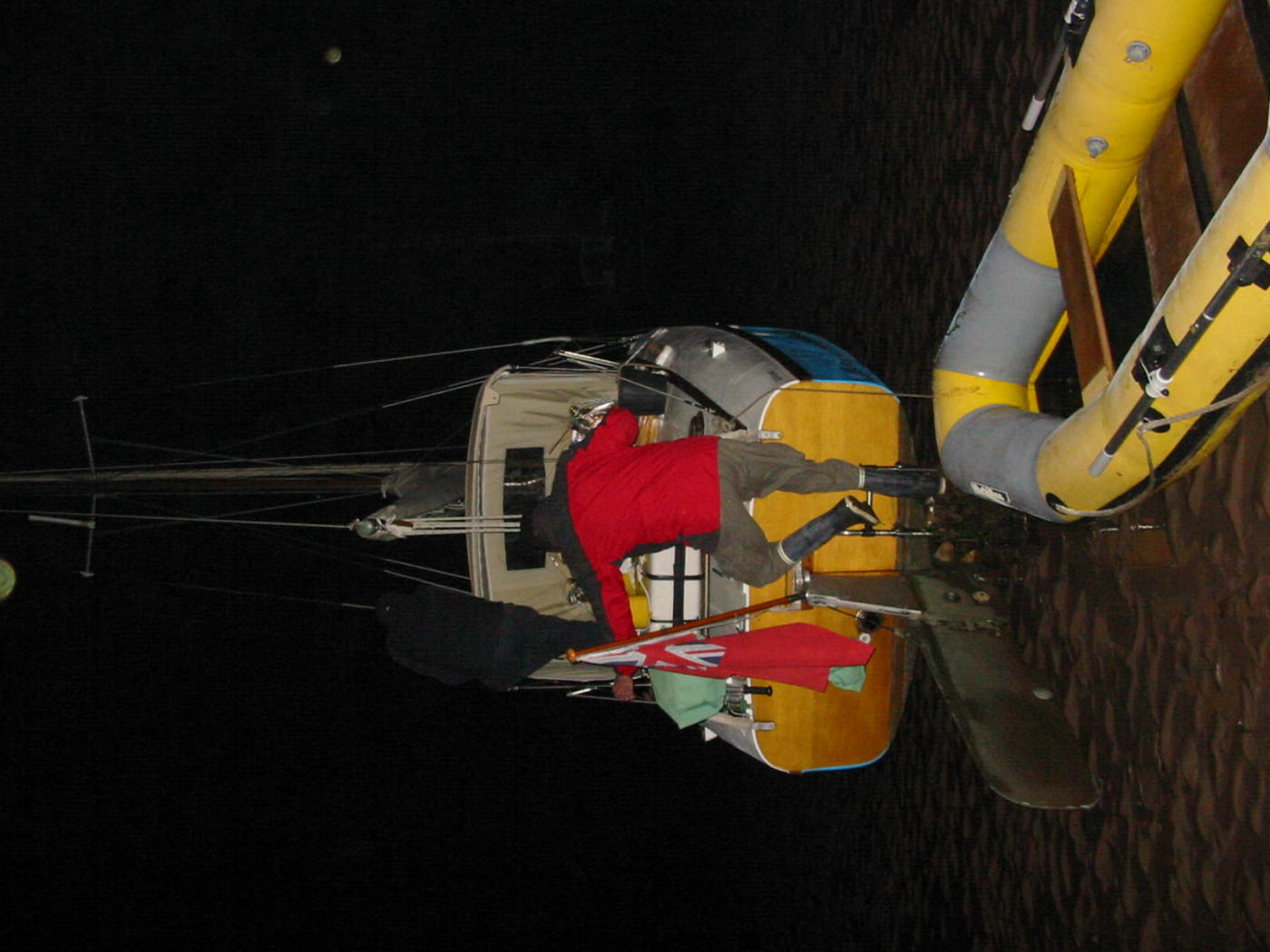 Calista settling in Sandyhaven Pill while we set off in the dusk. We carried the dinghy back across the sand.

We left Sandyhaven on the morning tide and tied up alongside the isolated pontoon at Dale. We took a trip ashore to explore Dale, and walk to the castle. 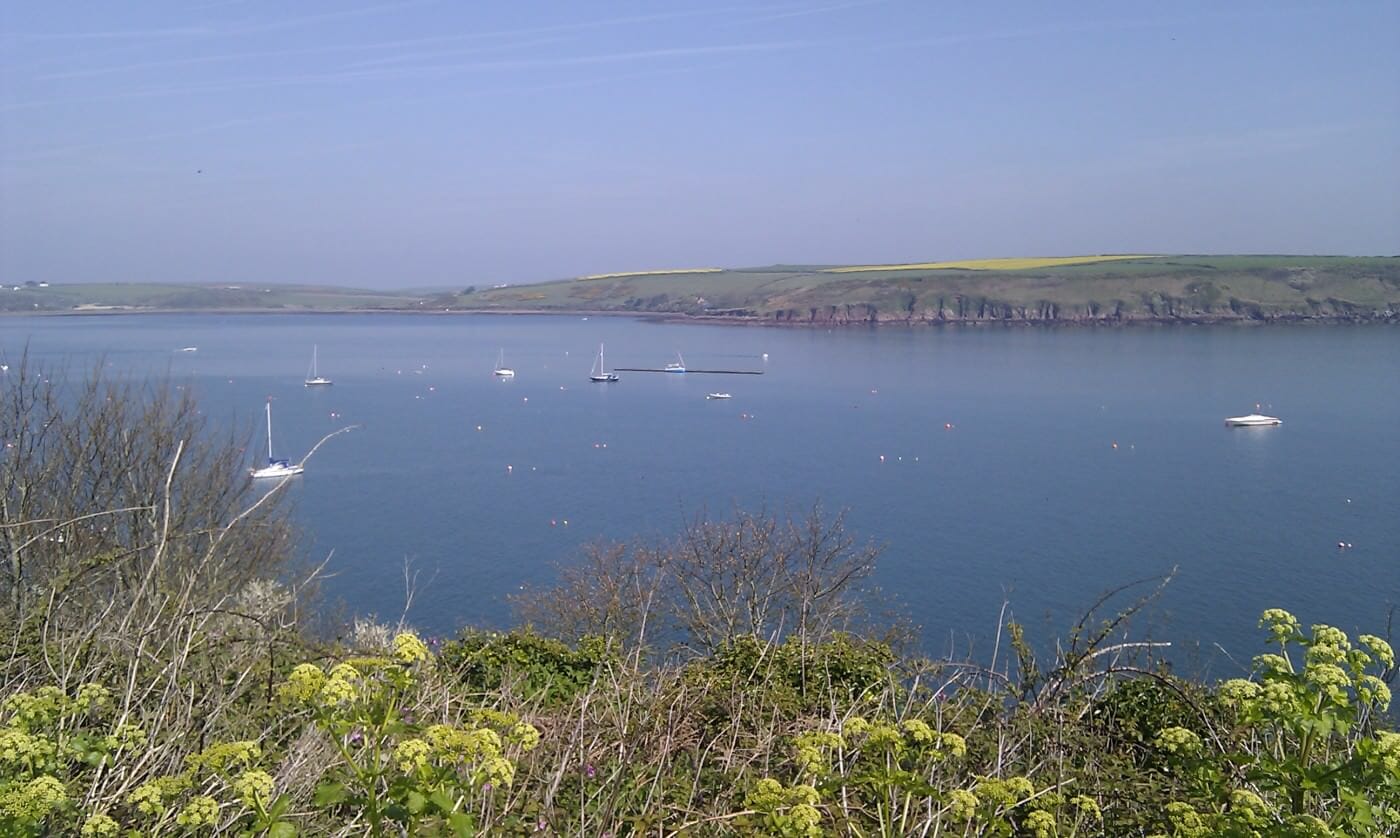 Calista is on the outer pontoon, right in the middle of Dale Harbour

Returning to the pontoon we had a barbeque lunch, before leaving for Skomer via Jack Sound. At Skomer we picked up a mooring in the North Haven, and again went ashore to explore. 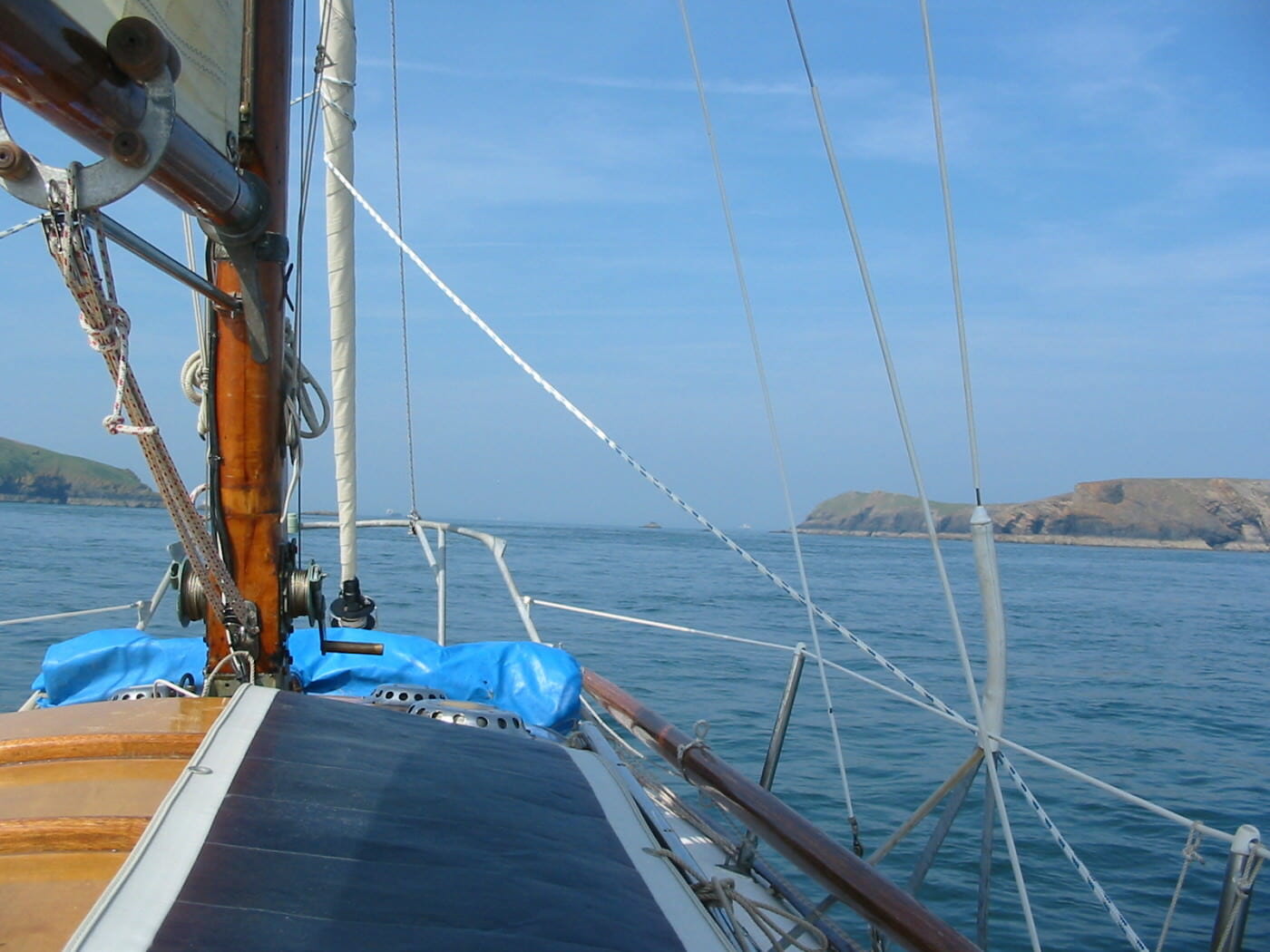 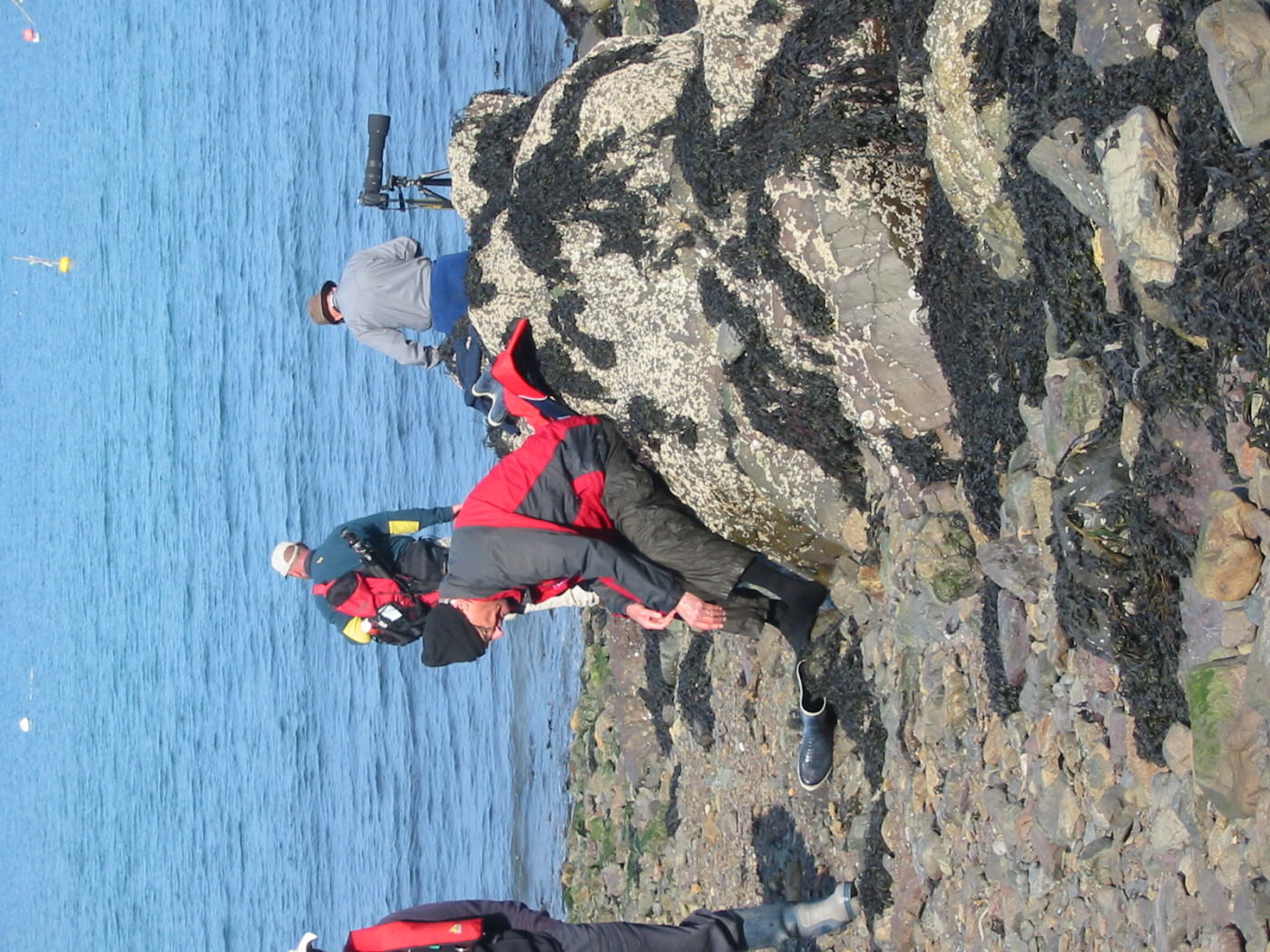 Approaching Jack Sound, and John gets a bootfull coming ashore at Skomer

Unfortunately the wind had completely died and we had to motor all the way to Solva, where we picked up Pete’s mooring. We were entertained to a superb evening meal and welcome showers at Pete’s house (and John’s trousers thankfully dried out).

>Leaving Solva at high water we sailed in a NE 3 under full sail for Jack Sound, and carried a fair tide all the way to Tenby which we reached 10 hours later. The wind was light for much of the day, and we were sometimes able to sail, and sometimes forced to motor. 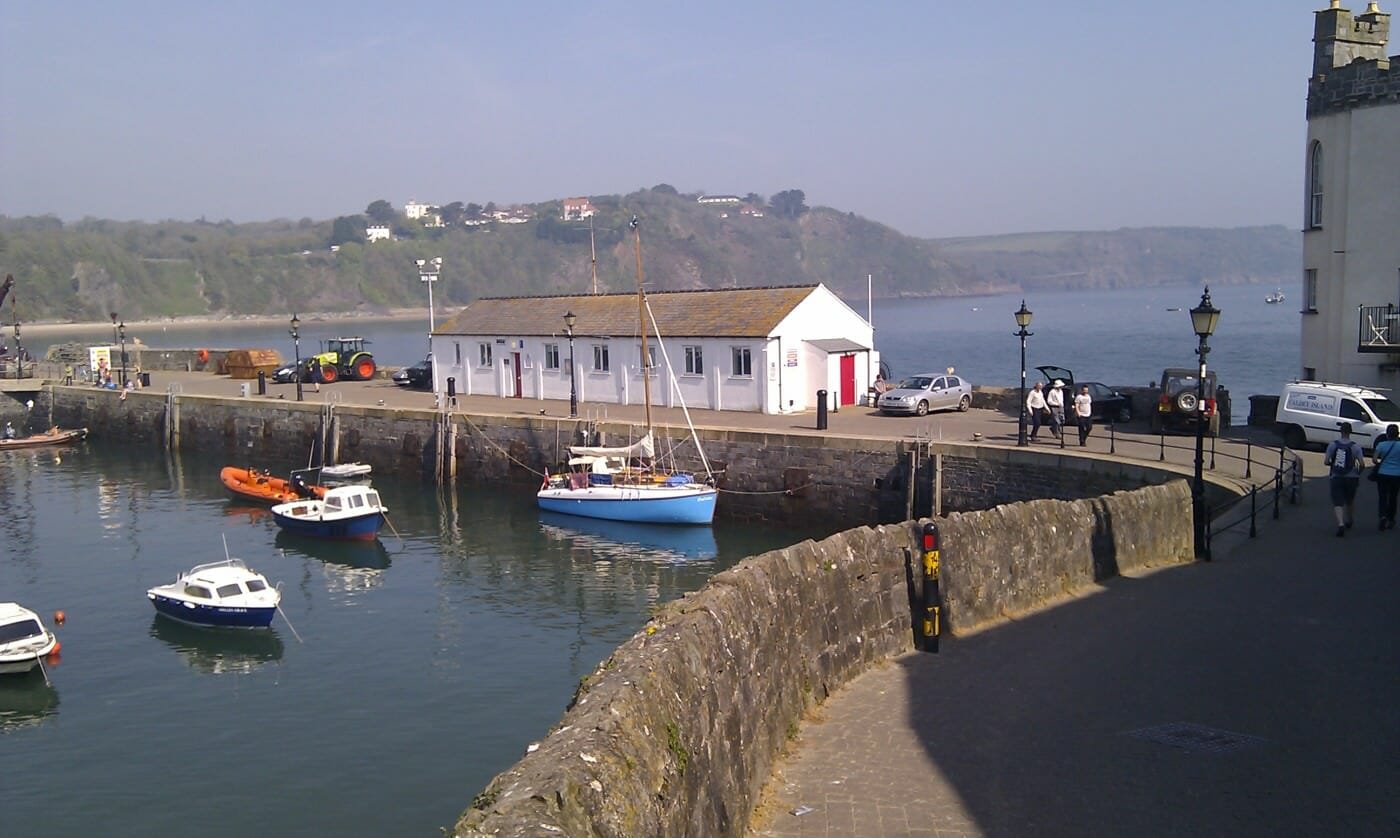 The Tenby Harbourmaster’s Base above Calista has loos and a shower.

We left Tenby at 0830, in a flat calm and were surprised to find wind out beyond the first headland. We soon had the main and spinnaker pulling well. We borrowed a vacant mooring at Angle, which we reached just before low water. Afternoon and evening spent ashore exploring again. 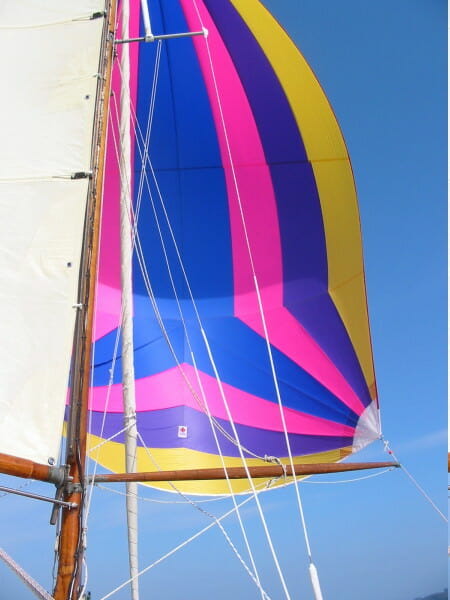 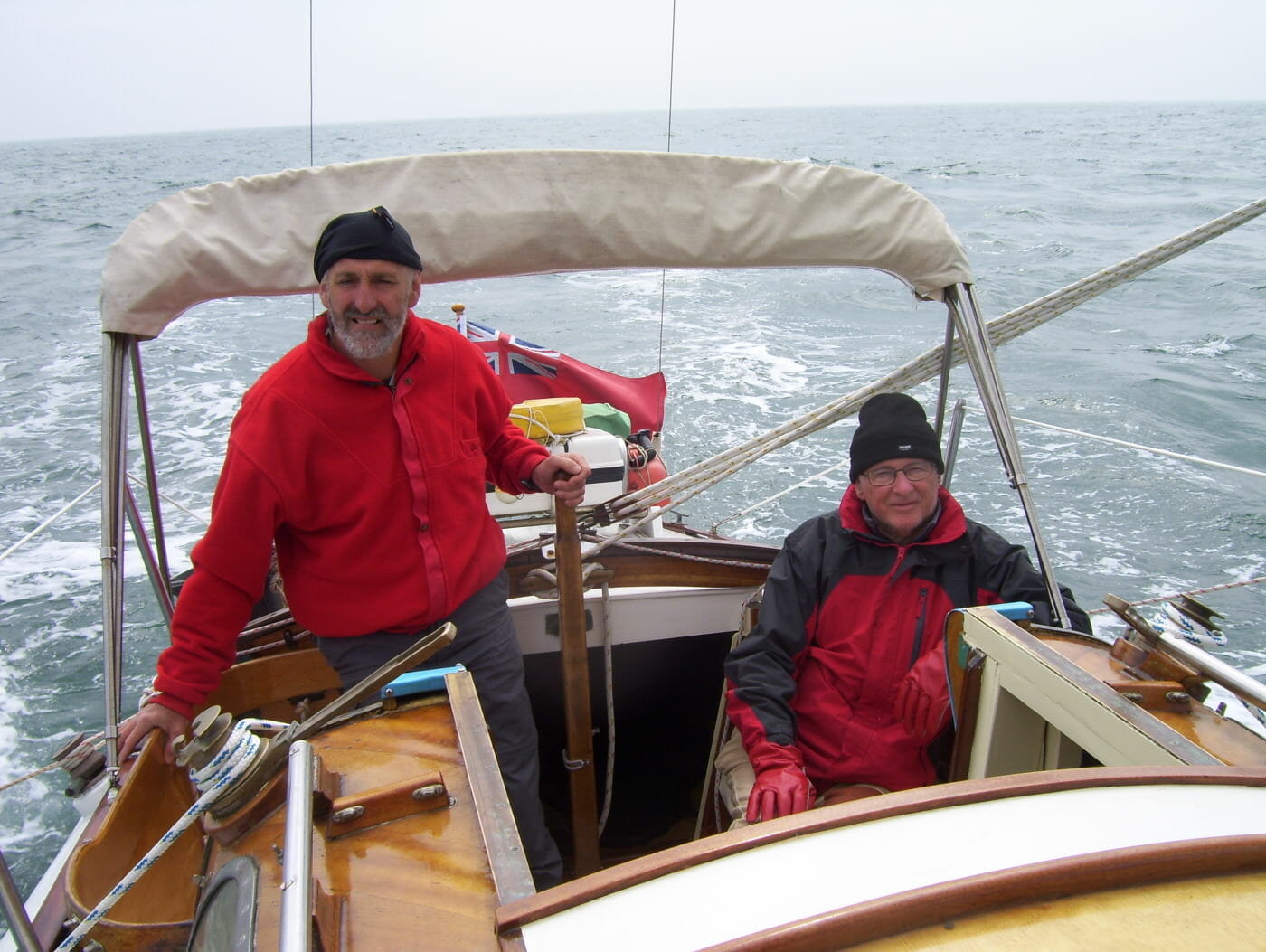 The spinnaker flew beautifully most of the way and Calista romped along. 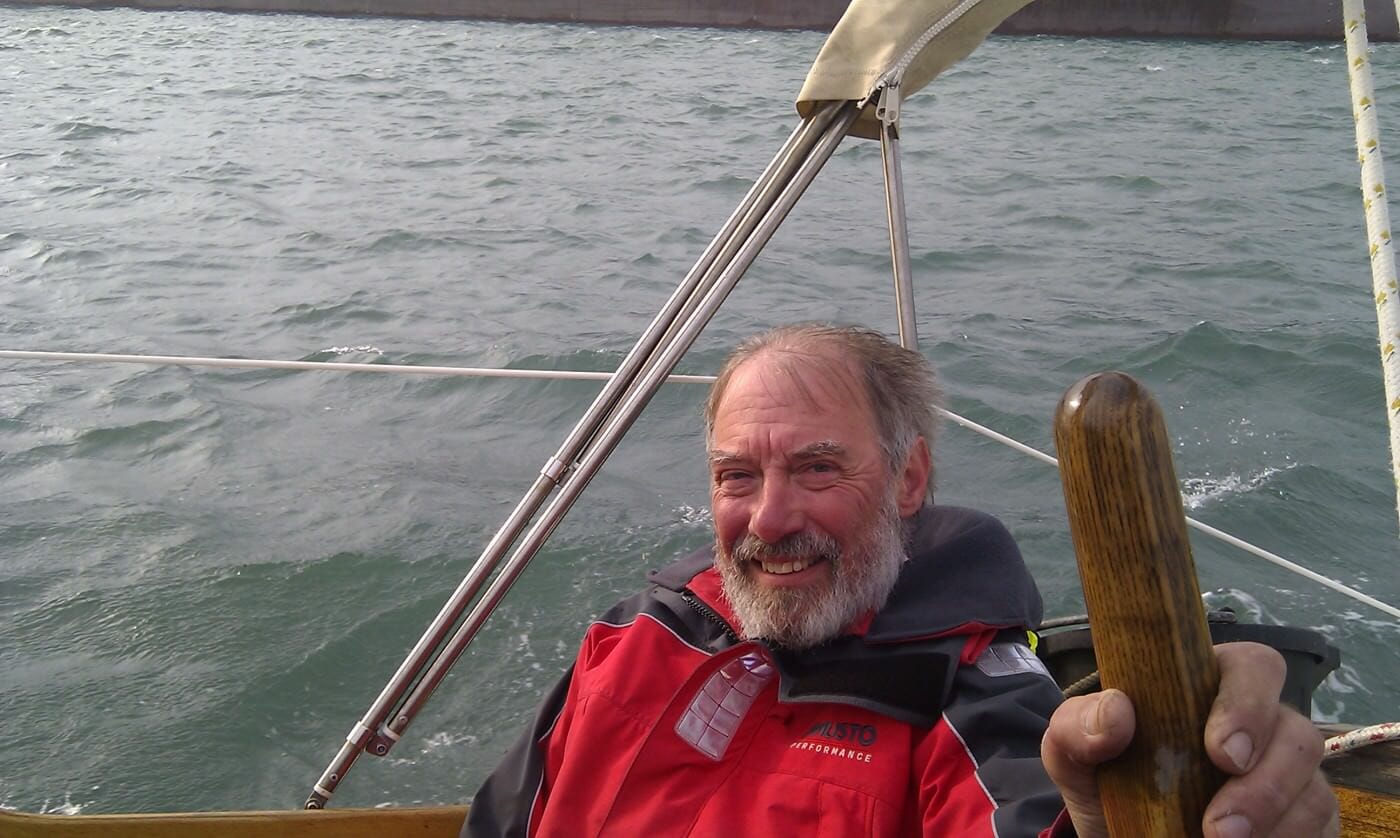 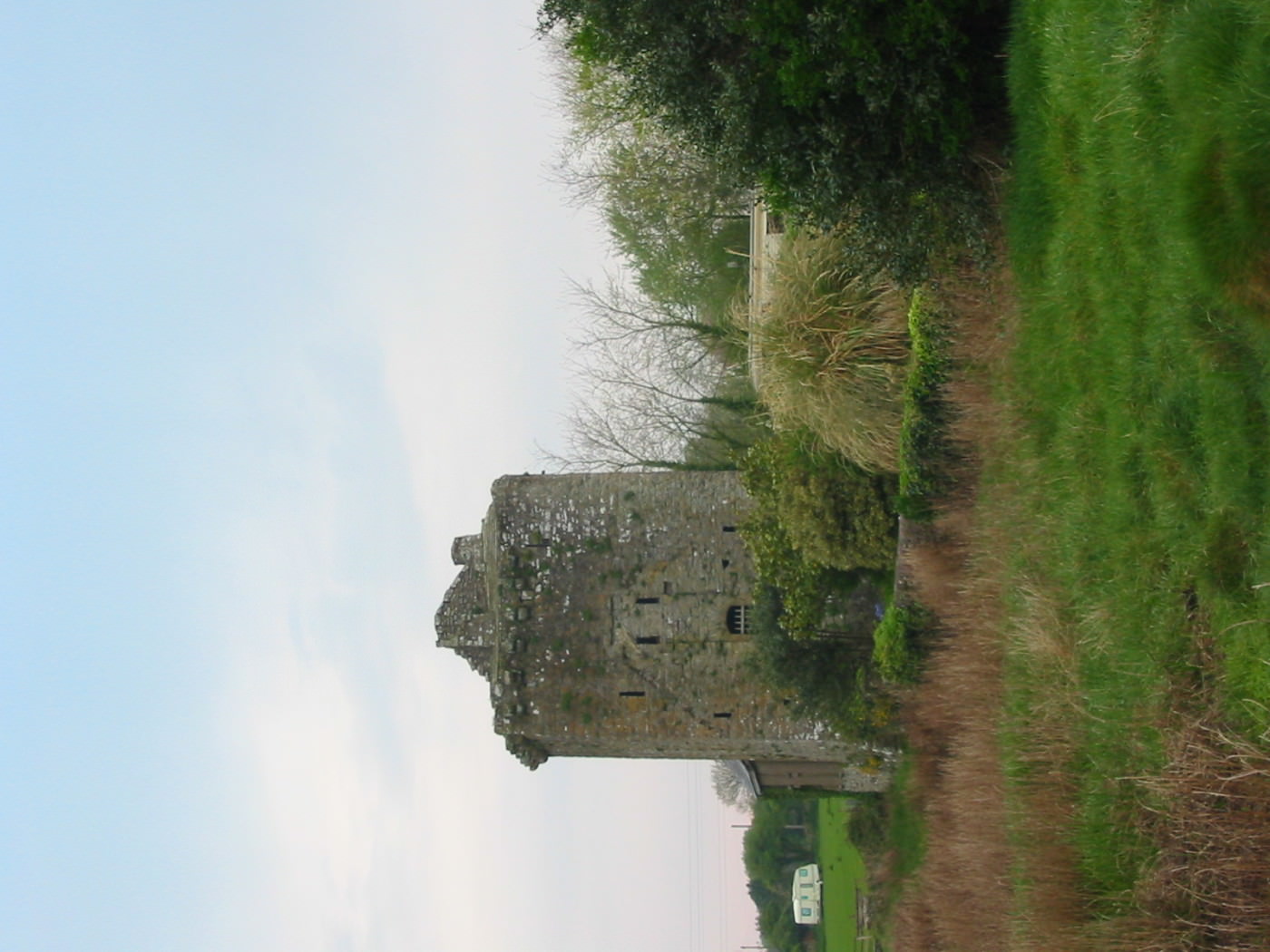 Trevor was in his element!  At Angle we visited the 14th century Tower House

The last leg back to the mooring was completed entirely under sail in light and variable winds. Pete cooked Bacon Butties en route, and the crew were all on their way home by lunchtime. 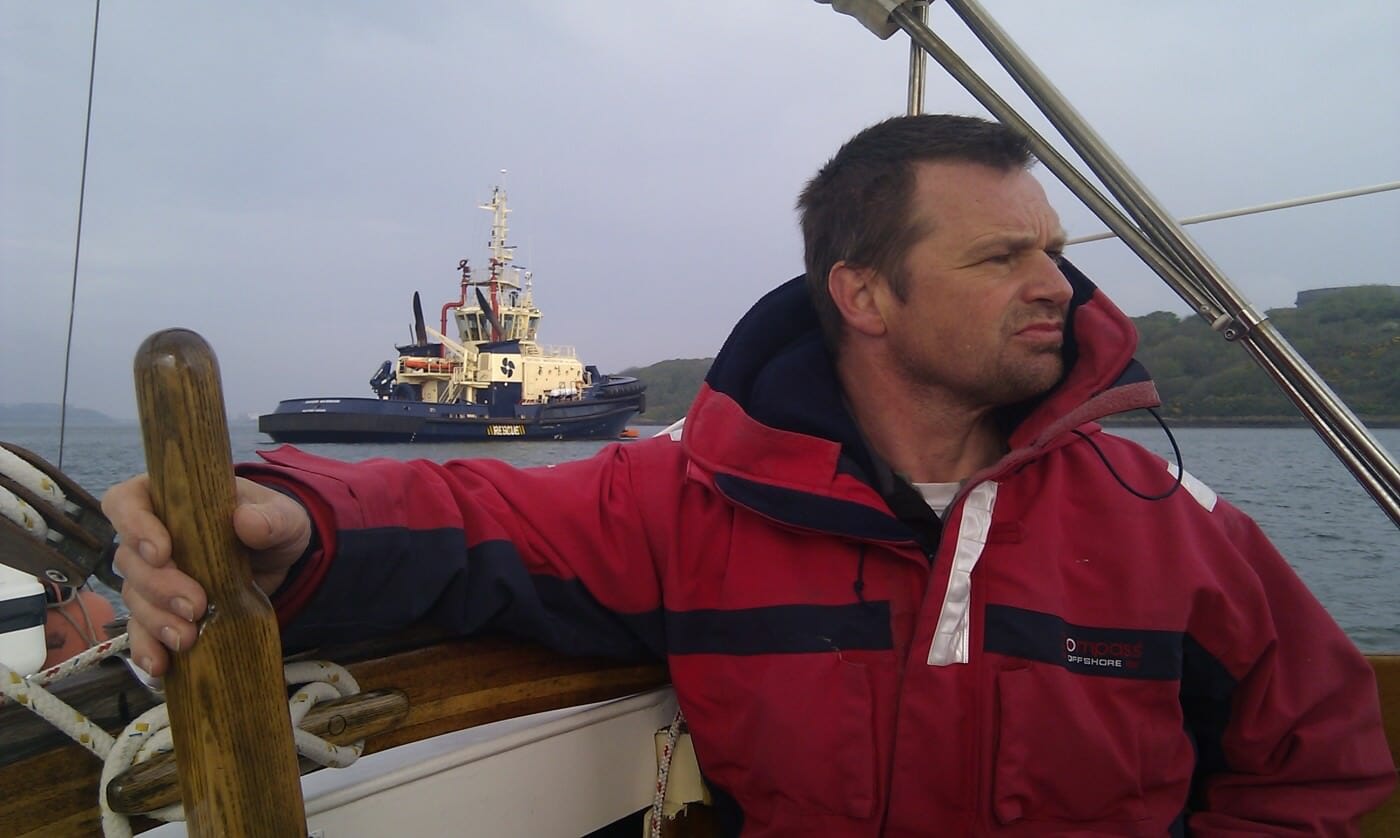 Sailing back to Calista’s mooring with the tide

We were very fortunate to have beautiful weather almost to the very end, although the wind became quite cold out at sea, and we managed to mix some serious sailing with plenty of time spent exploring ashore. Altogether a trip we will all remember!