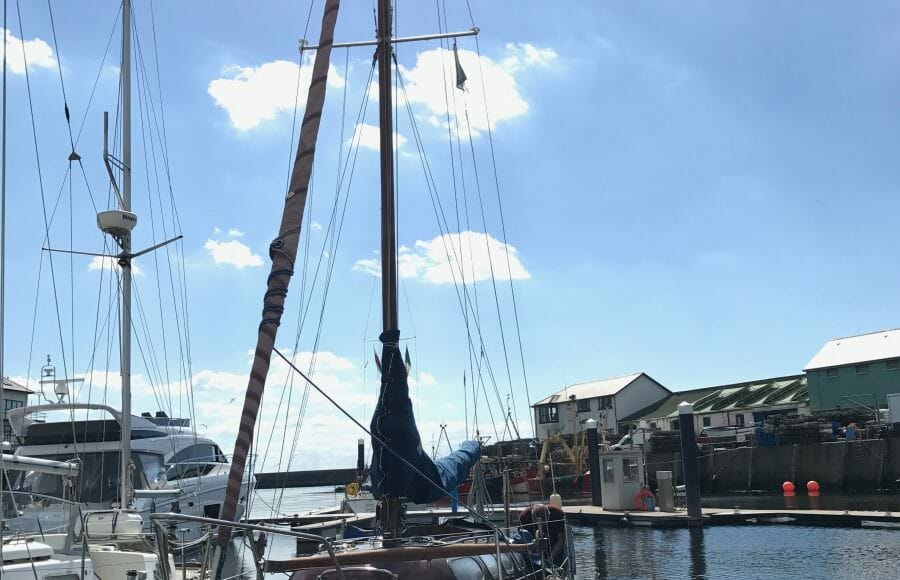 So after the false start first time round, myself and another 2 others set sail from Aberystwyth in the dead of night (11pm to be precise). 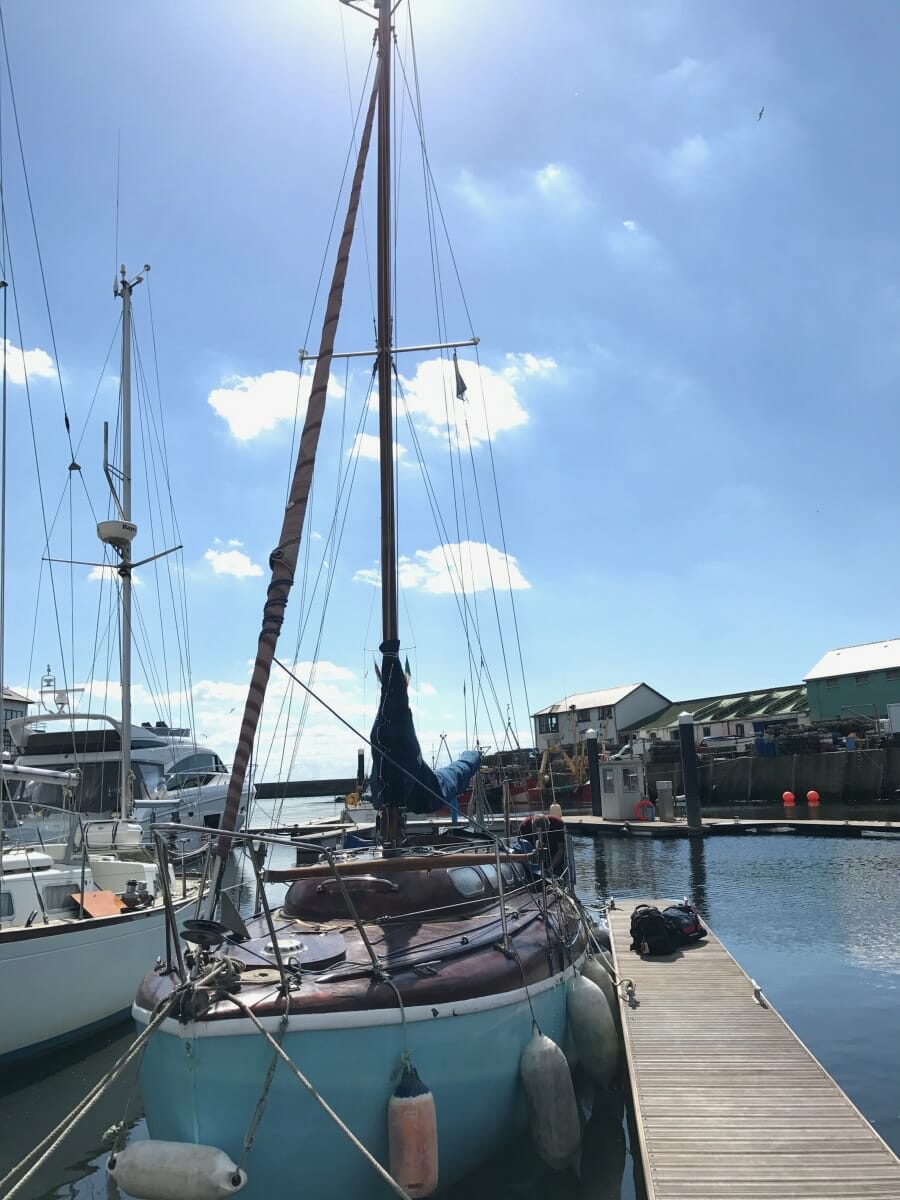 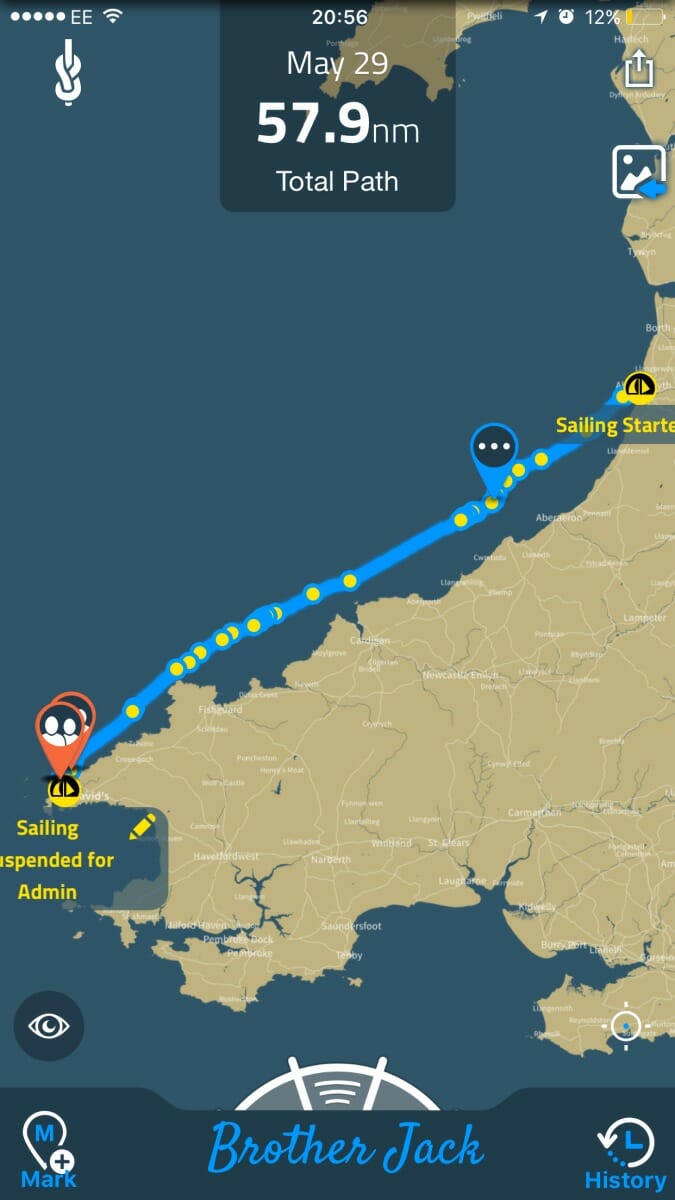 First waypoint was Porth Mawr on the west coast of Wales just short of Ramsey sound. Having taken advice from the guys at Aberystwyth we arrive about 2 hours before the turn of the tide to make the run through the sound in daylight. We averaged about 6 knots under power as any wind we had was on the nose and therefore it would have meant us missing the tide window in Porth Mawr for Ramsey Sound.

So after my first attempt at laying anchor on a sandy bed and some well earnt coffee and bacon sandwhich’s we headed off for the next waypoint which was the entrance for Ramsey sound. 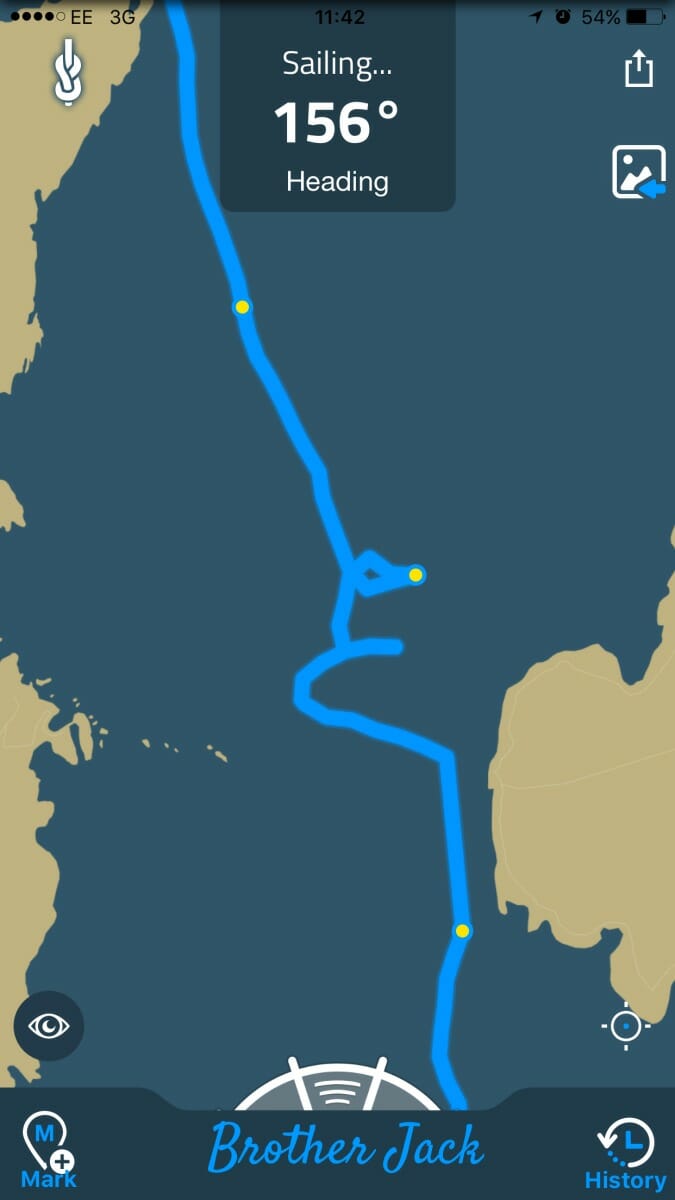 We set off using the course heading that we were advised to take. Ramsey sound was very interesting to say the least. There were very fast currents providing a very challenging time on the helm as can be seen from the course plot. We tried to run the currents and make our way through nased on the water condition (one of my crew knew the sound very well as he has canoed there). Need I say that if we had stuck to the original heading as recommendded we would have saved ourselves about 30 mins. 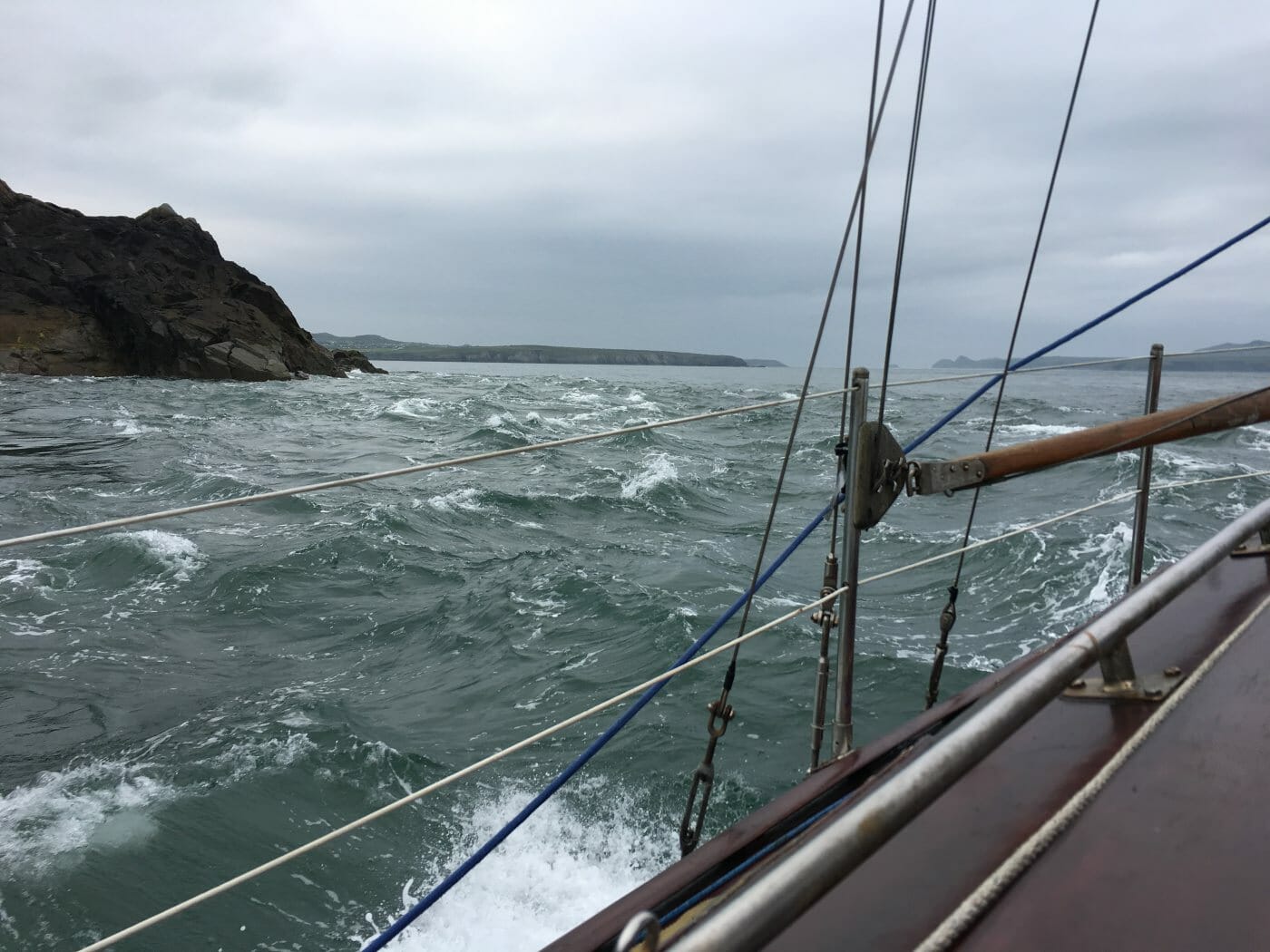 As can be seen the Waters in the in the sound are choppy even when the sea state outside the sound is calm. The standing waves on the bitches are impressive.

After we departed Ramsey Sound our next waypoint was for Jack Sound and then the turn at St Anne’s Head for tthe run across the bristol Channel. 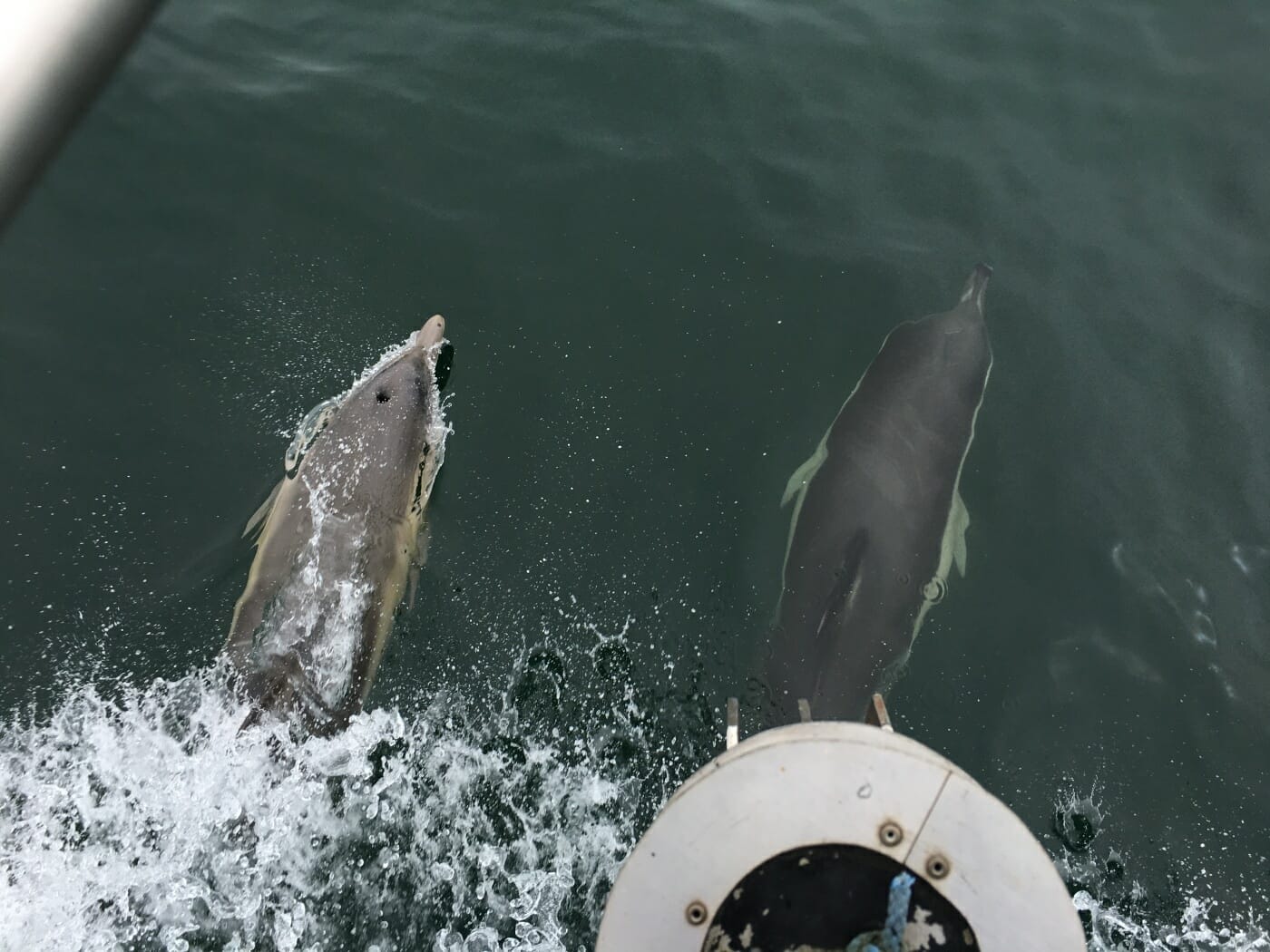 I will leave a picture of just some of the visitors that kept us company on the journey so far.

One thought on “Portsmouth Bound Prt 4”