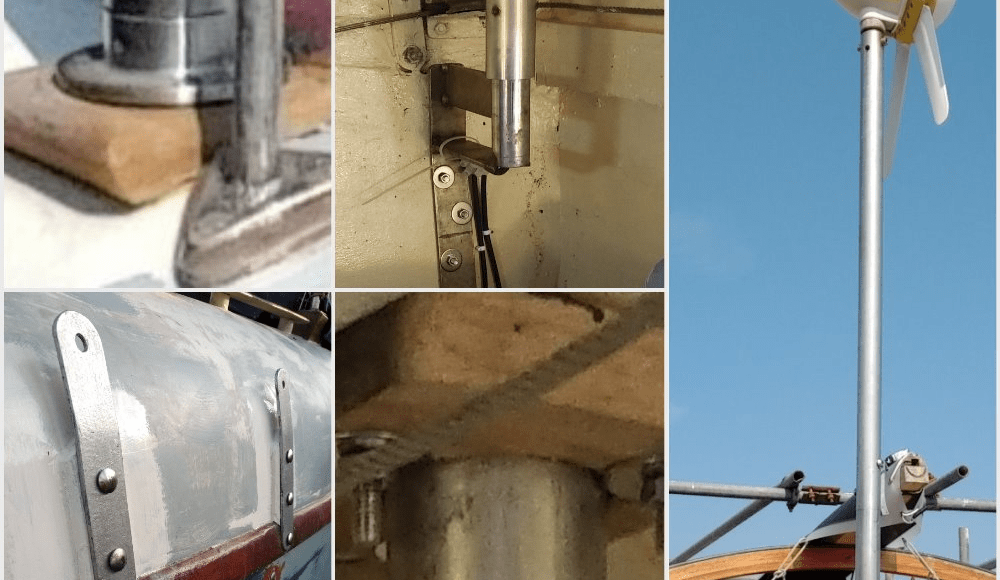 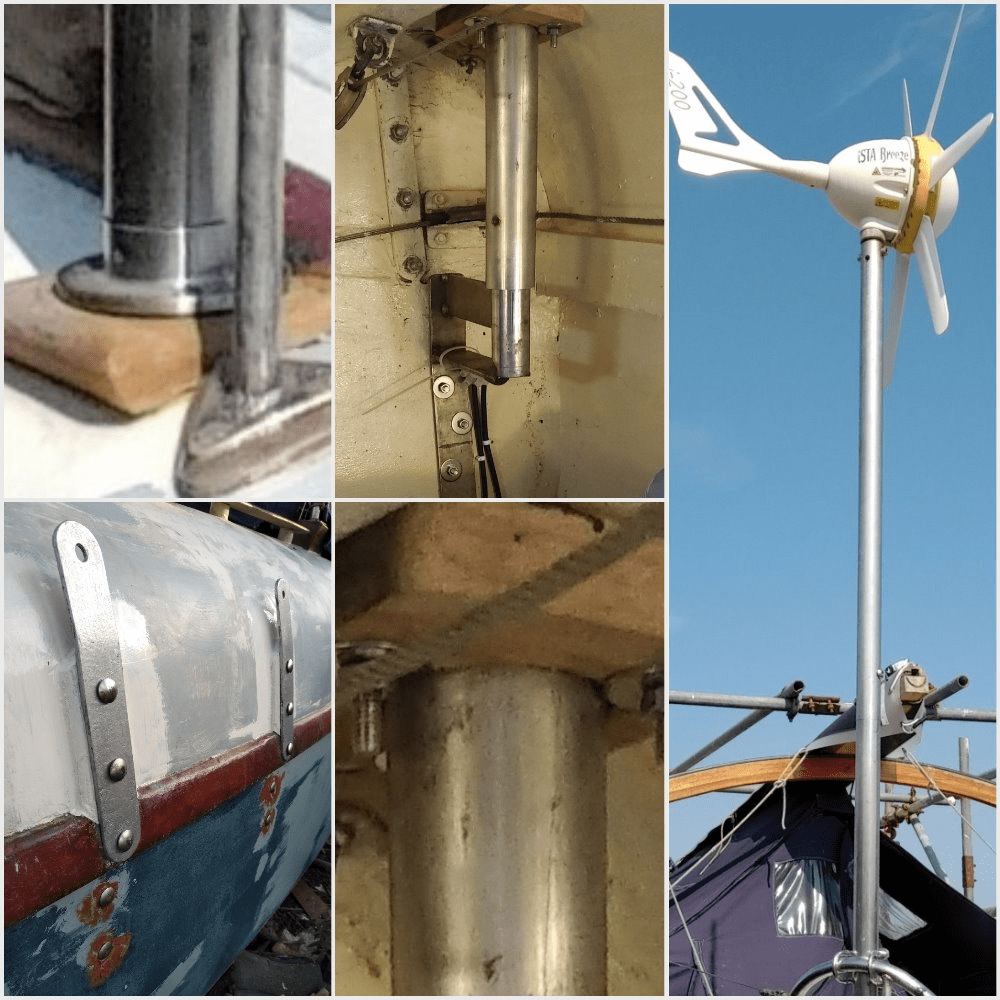 Weather is too hot for scheduled epoxy work on A169 (renamed Elle). July had been set aside for epoxy cloth sheathing below WL and rebuilding the wood mast. The problem is that even slow-cure epoxy resin I have used for a few small jobs is curing in 5 about minutes! So it will not possible to mix the larger amounts required for laminating etc until heat and humidity is reduced.
Work done since spring (photos below):
A removeable 200W wind generator has been added – mounted on a 42mm two-part ss mast above deck (2.2m), which easily dismantles. The mast is joined with an internal welded ferrule of 38mm ss, so when the 2 securing screws are released, the two 1.1m sections are easily stowed. A permanent 70cm lower part in 38mm ss is mounted through the deck and supported on an internally mounted bracket bolted through the transom. Upper mast slides over the permanent through-deck lower part which can be used as a danbuoy holder when the wind charger is not deployed. Cables from the generator pass below through the mast and are joined with standard quick-release solar connectors.
Second roll-up 100W 1000V solar panel has been added in parallel to the existing one (see previous post); with the wind charger this boosts maximum charging capacity for the 48V battery bank to 400W (wind plus solar).
Chainplates refurbished and re-fixed with new coach-bolts. 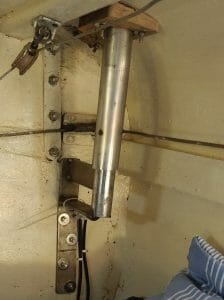 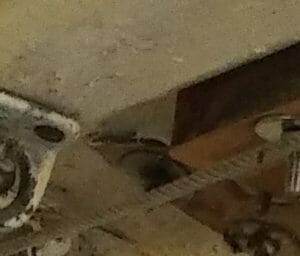 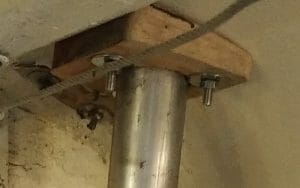 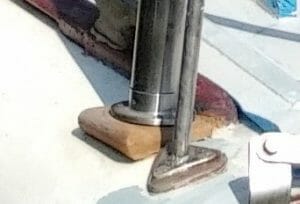 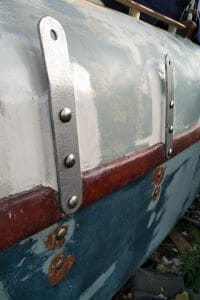 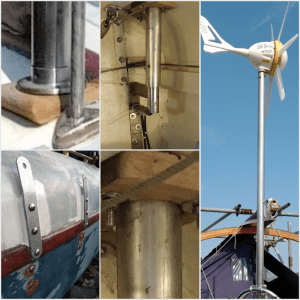