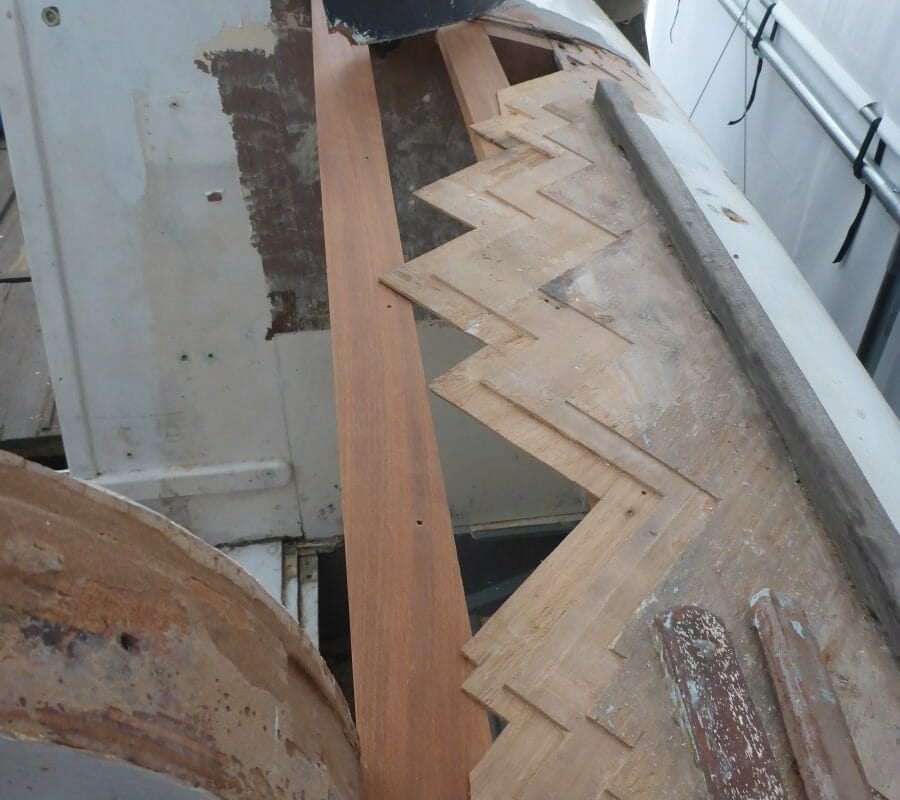 On Bluster, between the companionway bulkhead and the main bulkhead the side deck and blister were joined without any reinforcement other than the quarter round on the outside. This led to separation, water ingress, rot, and my son putting his foot through the deck, It was patched up and reinforced with a steel bar under the deck join.

As part of the deck was found to still have rot, it was stripped back. The top part of the frame by the companionway was also rotten in parts so this was cut out. The opportunity was then taken to insert two additional deck stringers supported at the aft end by the new frame (solid mahogany instead of laminated) and at the forward end by being let in to the main bulkhead.

I will make the same modification to the starboard side. Once the deck is rebuilt and the blister is back on, I will add a thin vertical strip covering the inside of the deck/blister join, as in the main cabin. This will stiffen the joint still further.

One thought on “Side Deck Strengthening”