The times they are a changing, dear Maurice 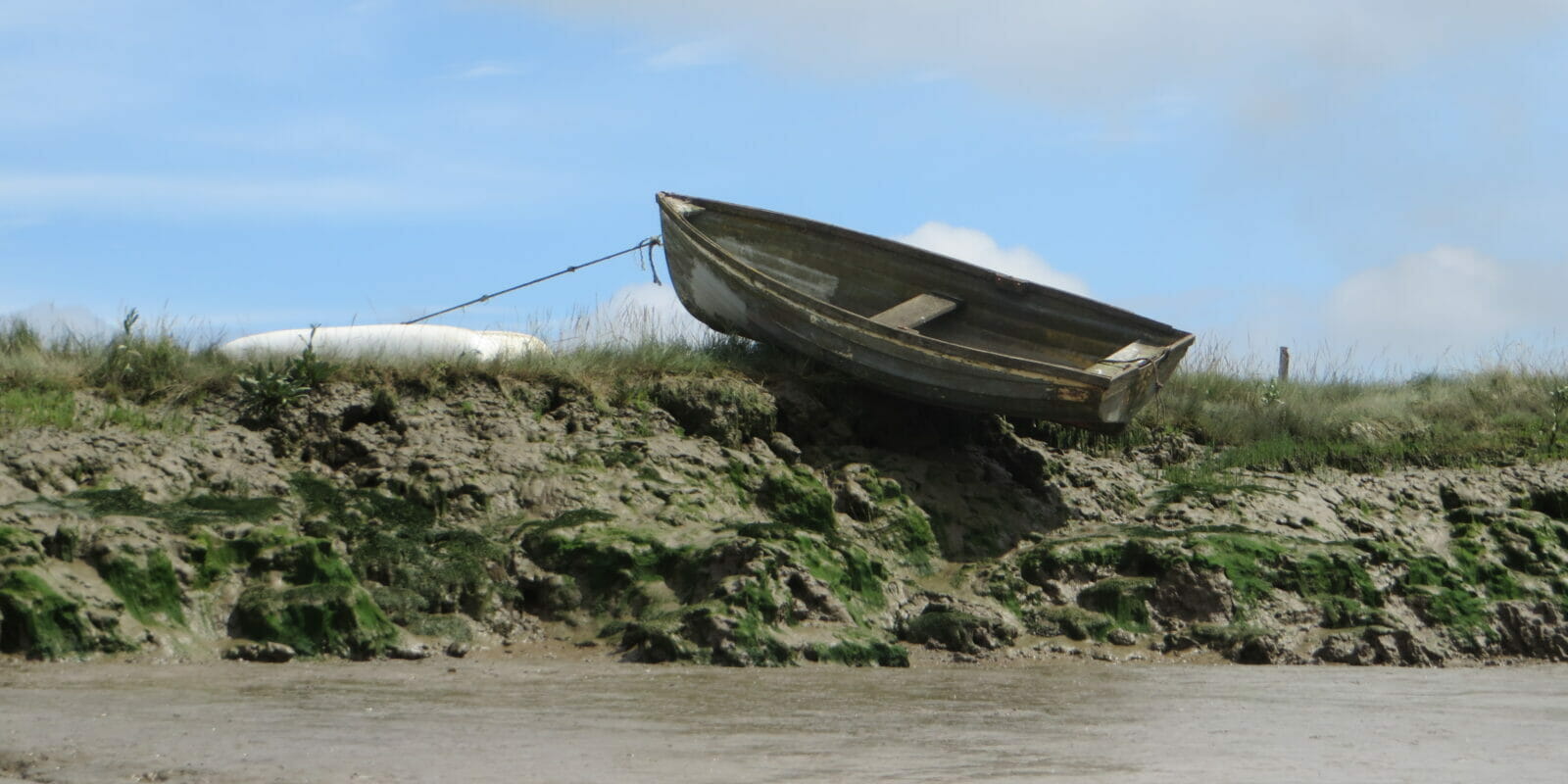 To escape the worst of the expected heatwave I thought I would visit what has quickly become my favourite anchorage, and do some relaxed mud listening. After a beat down the Stour in a light breeze, a quick passage through Harwich harbour, and a broad reach down toward the red No 2 off Crabknowe Spit, Helene ran down the channel into the Backwaters with about an hour before low water. In we went, past the branching to the Twizzle, past the clutch of boats anchored together, as if for warmth and mutual protection, at the beginning of Hamford Water, and in further still, whereupon we came to the turning south for Landermere Creek. Here and there Helene’s keels had ever so gently kissed the mud, but there is always good water in the creek. As we headed in, the small wooden sloop that is moored in the middle of the creek came into view, covered and quiet. We swung round and lowered away – leaving enough distance to keep our silent neighbour in view, without intruding. Time to get the stove light and the coffee brewing. Within an hour the red sails of a small but very lovely gaff cutter could be seen entering the creek. It may not have been designed by Maurice G. but he would certainly have appreciated the elegance with which she was handled. Well I thought, can’t complain about company like this. I decided to it was time to explore a bit in the tender. Upon returning after an hour or so, I was surprised to see that a largish white plastic boat had anchored between Helene and the gaffer, up close and personal, while the rest of the creek was empty. ‘Grace’ might have more appropriately been named ‘Beneteau Bling’, dripping as it was with multiple antennas, rubber dinghy, radar gear and a very fancy air generator. Of dear, what would Maurice have thought? Well, the truth is he would barely have had time to consider it because a moment later two jet skis mounted by grown men came barrelling down the creek, circled the four anchored boats and set them all rocking at sixes and sevens. Polite but firm words were exchanged, and they departed slowly enough that their grumbles were clearly audible. As soon as they were passed their throttles were open, and they were off. In all of the excitement the mud stopped talking.

One thought on “The times they are a changing, dear Maurice”