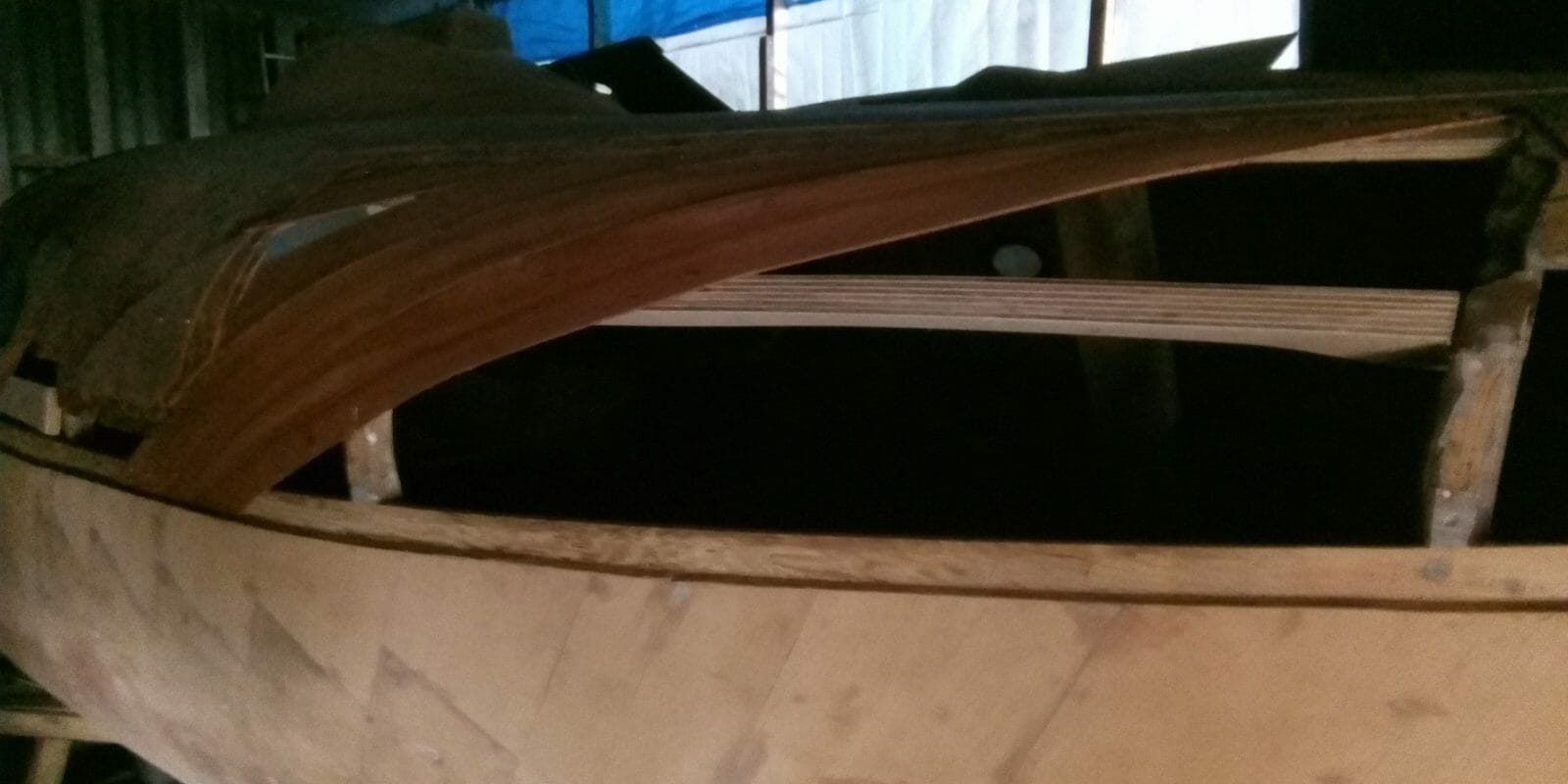 I’ve included this item separately as it presented some unique challenges not specific to A1. Nearly all veneer repairs are carried out in two dimensions, as although almost the repair strips have to be bent round a corner, the strip is essentially going to go into place “flat” – i.e. not having to be bent two ways.

My problem was that I has to repair a pretty large hole in the rounded topsides up by the starboard bow. And here there were two curves to be taken into consideration. Firstly the rounded topside between the rubbing strake and the toe rail, and secondly the curve from the side of the boat where it is much flatter, round the starboard bow to the stem. In my case, these curves were pretty extreme.

The ribs had been repaired (glued laminated veneers) and I had fashioned temporary battens to follow the two set of curves. So there was a reasonably robust framework before I started veneering.

I had (naively) thought it would be a case of just applying the usual 2½” wide strips of veneer as usual. And so it was at the after end, but as I worked nearer to the bow, where the curve became more pronounced, the veneers simply wouldn’t behave.

So began the laborious task of trimming each veneer so the width of each veneer tapered from bottom to top. Each one was different, but on average I would say that whilst the strip was 2½” wide at the bottom, it tapered to 1” or 1½” at the top. Once you get into the swing of it, the task becomes manageable, though it doubles the time taken. 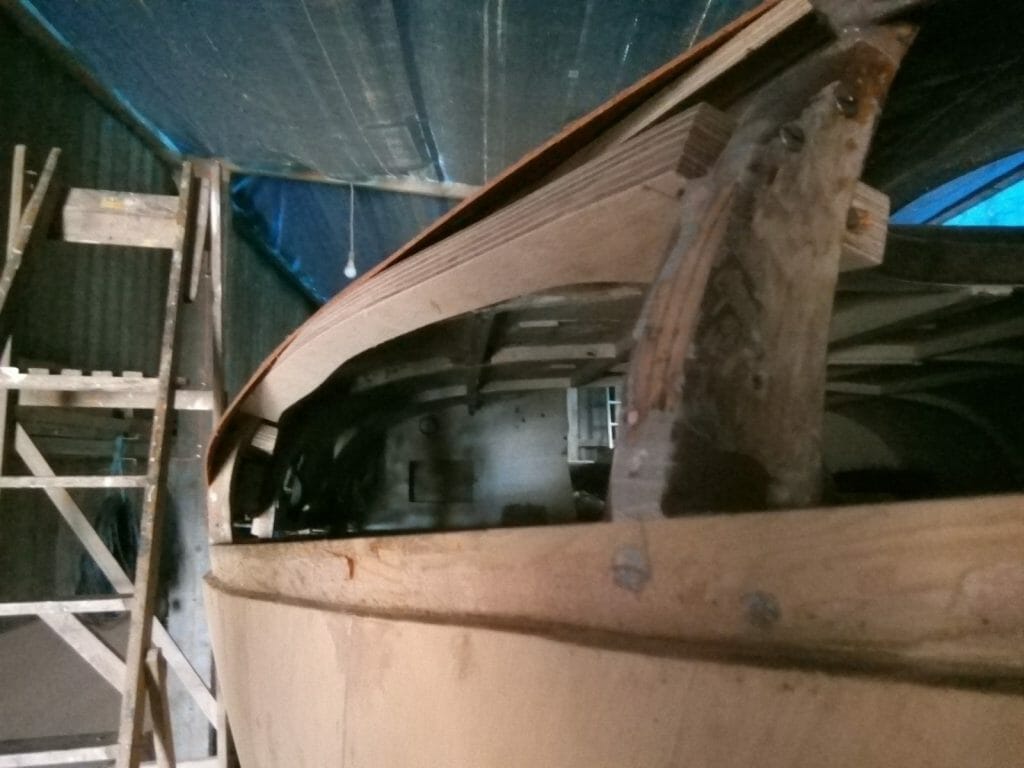 13.1 Topside repair starboard bow. Curved top to bottom and aft to for’d round the bow. Temporary battens in place to ensure correct curves 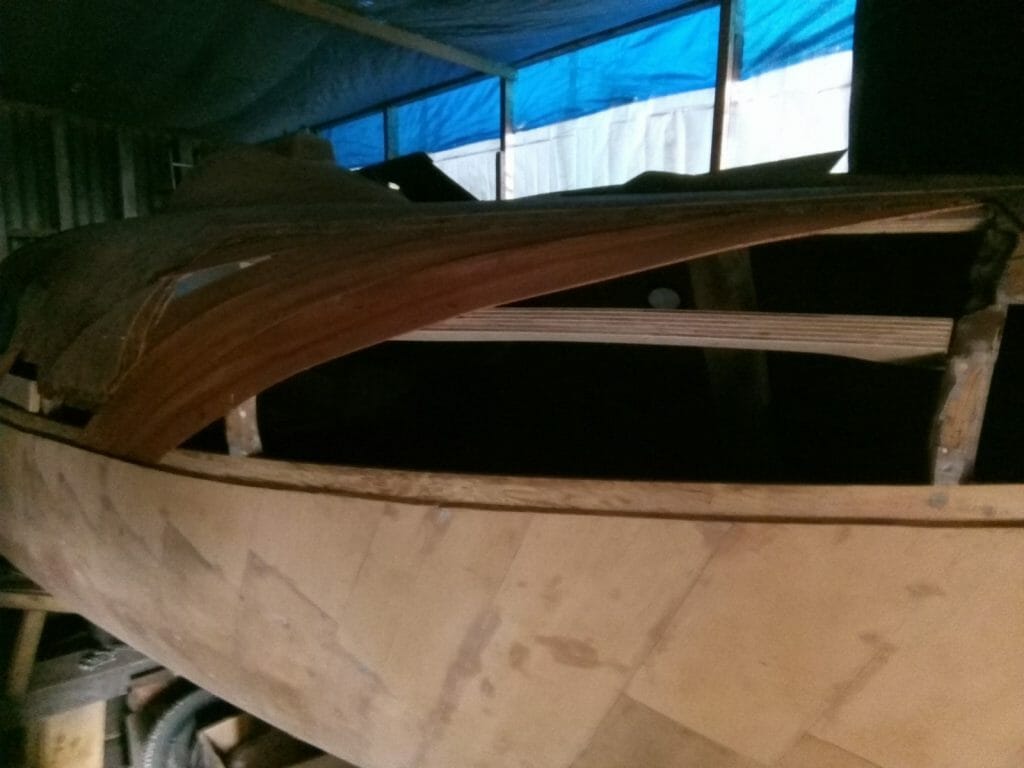 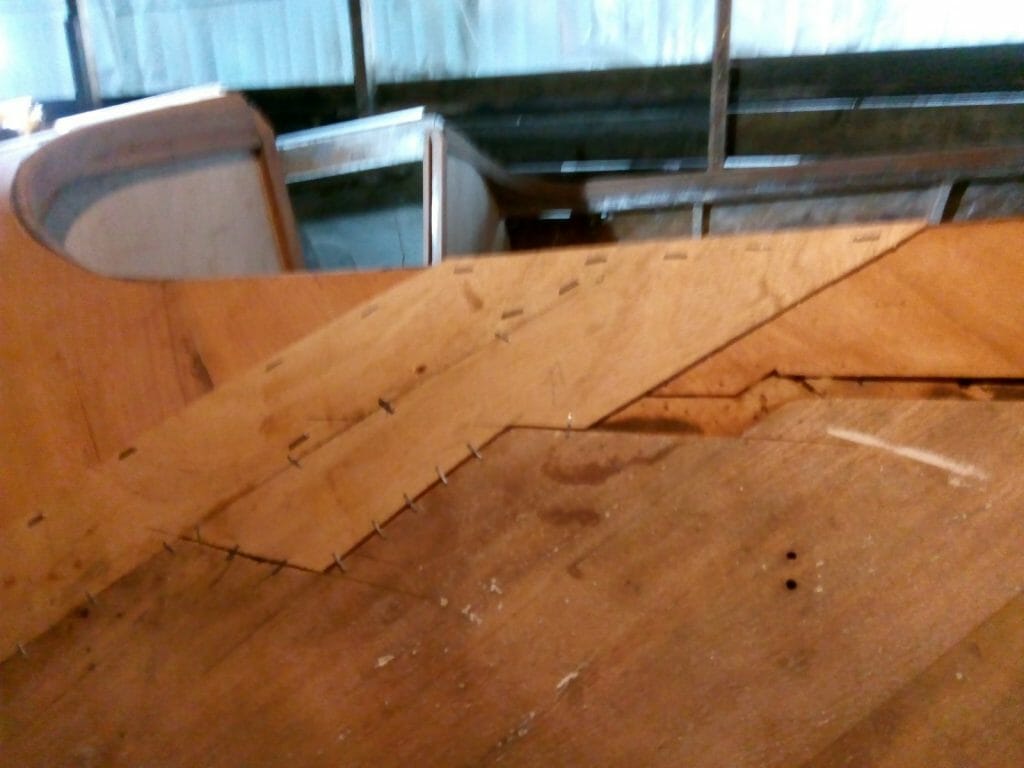 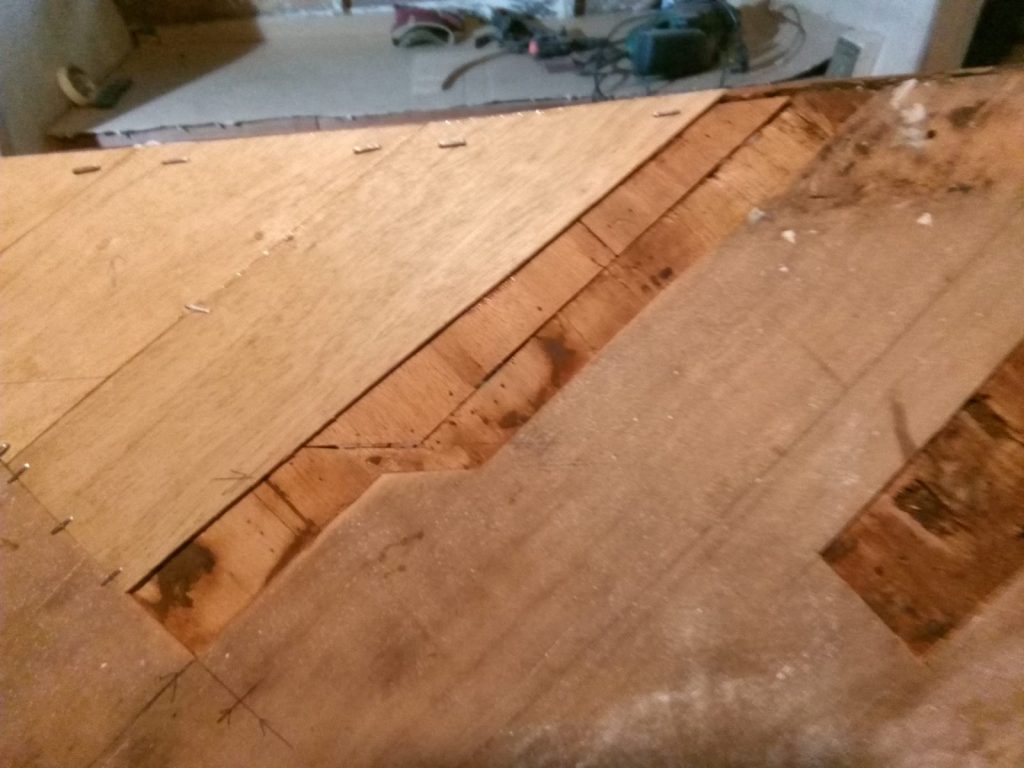 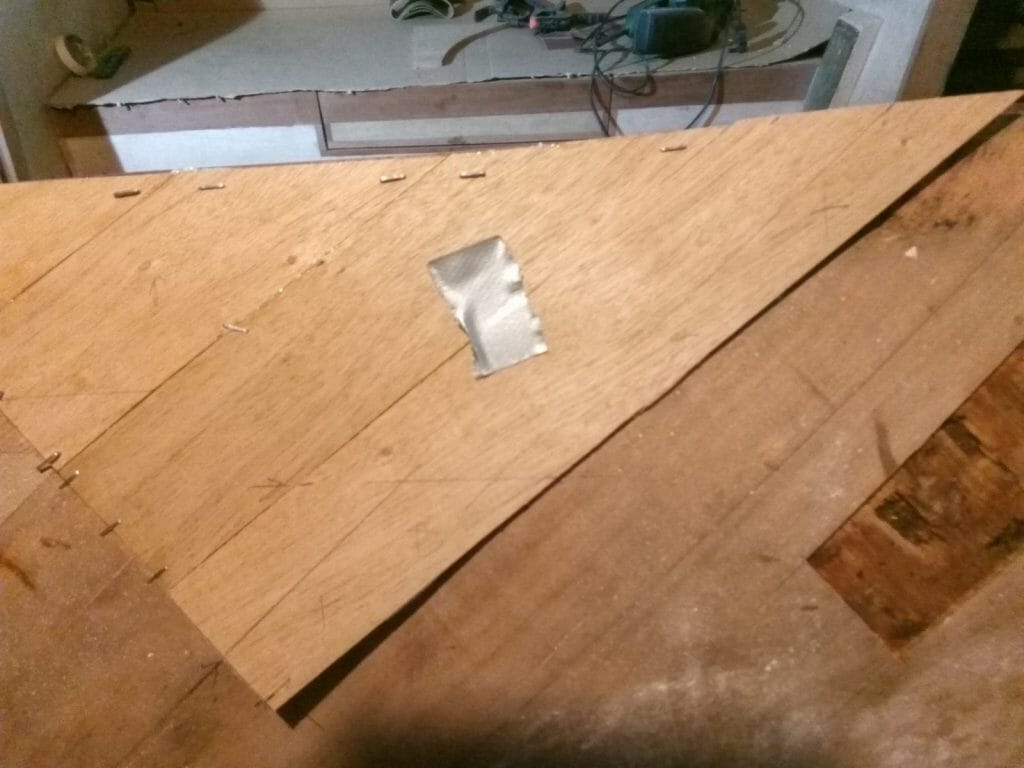 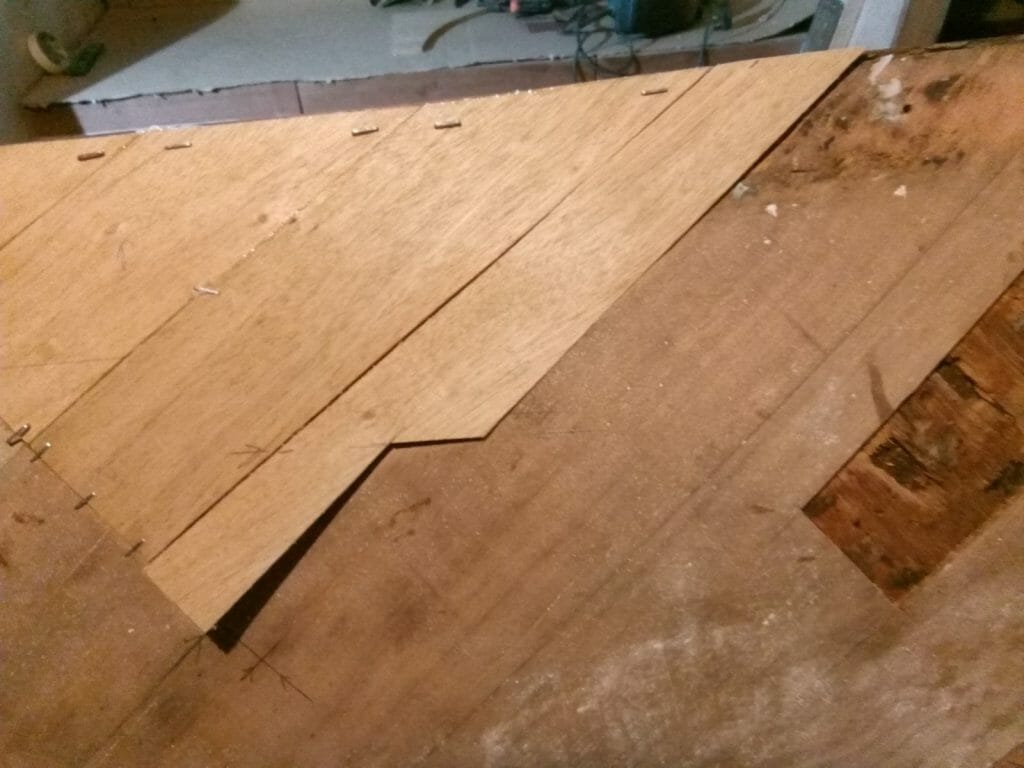 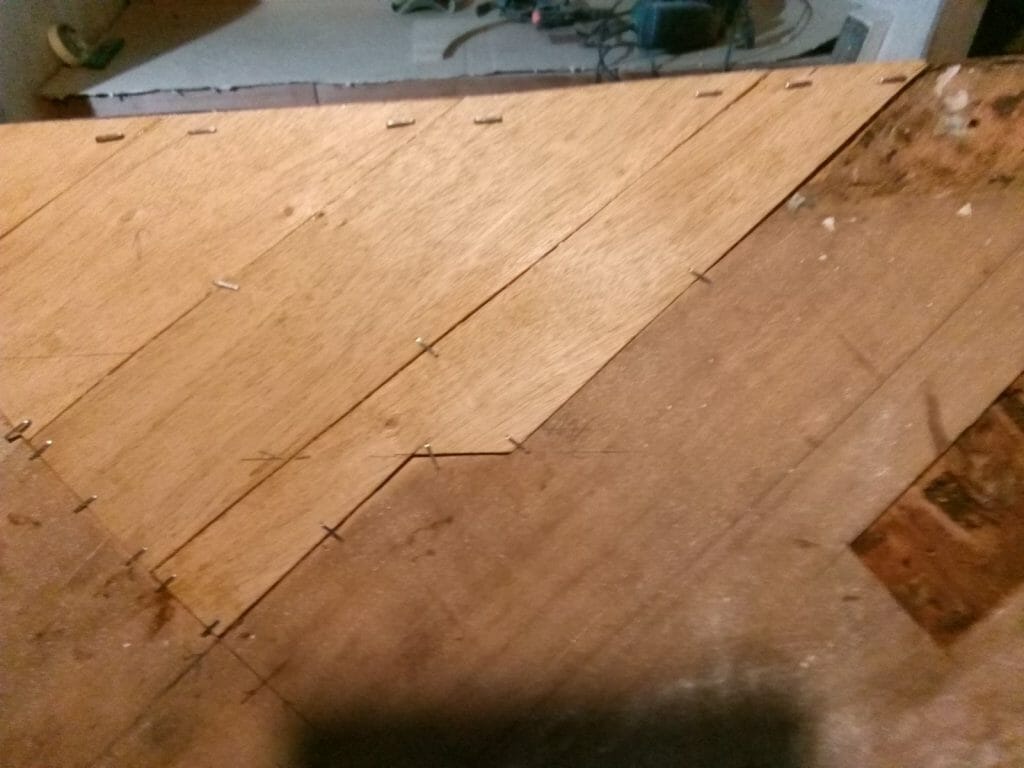