Continuing the very first  ever Virtual Gathering of the AOA

Well, here I am at the Windemere Jetty Boat Museum. The cafe has amazing views over the lake and the food is – well, out of this world! 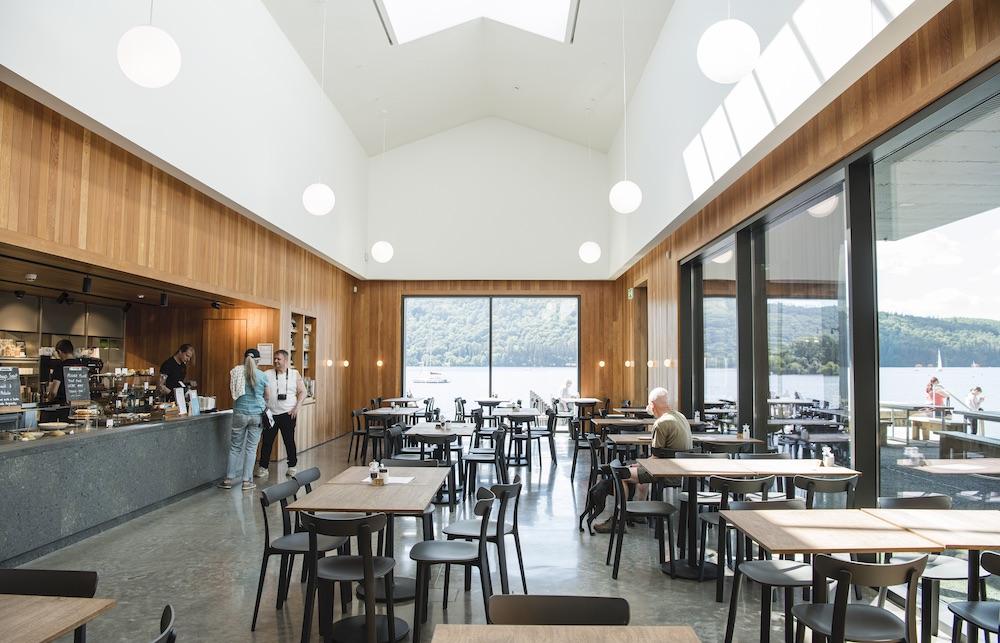 I had a great sail down from Low Wray. The perfect F4 Easterly meant a fast passage and made it easy to impress the crowds coming alongside on the museum jetty. There was only one other boat on the jetty. Although it was a motor boat I was rather taken with the varnish which looked like a sheet of glass moulded around the wood. Perfect! Almost too perfect, like a dream.

Anyway, anyone else around?

At 1230 the Museum have very kindly offered us a personal tour of their exhibition celebrating 90 years since Arthur Ransom wrote Swallows and Amazons in the Lake District.  A ‘Reply’ will be added to this Topic thread to allow you to join in.

And at 1245 a further ‘Reply’ will invite you to join other logged-in Atalanta folk in a ‘Virtual Meeting Room’.

Before that why not take a trip on a steam launch, or learn about the museum and how it came into being.  Use the selection of videos below.

Some very kind people have offered to take us out on the Lake during our Virtual gathering.
Choose a trip below, or take them all!

Learn about the Museum, its building and its volunteers

2017 Kids project Esperance, they make a video about getting the museum ready (3m 41s)

A major new tourist attraction opens in the Lake District this Saturday. It's called The Windermere Jetty Museum of Boats, Steam and Stories. I've been taking a look ahead of the opening and trying out some of the boats.