Strange Bulges on the Bulkhead in the Cockpit 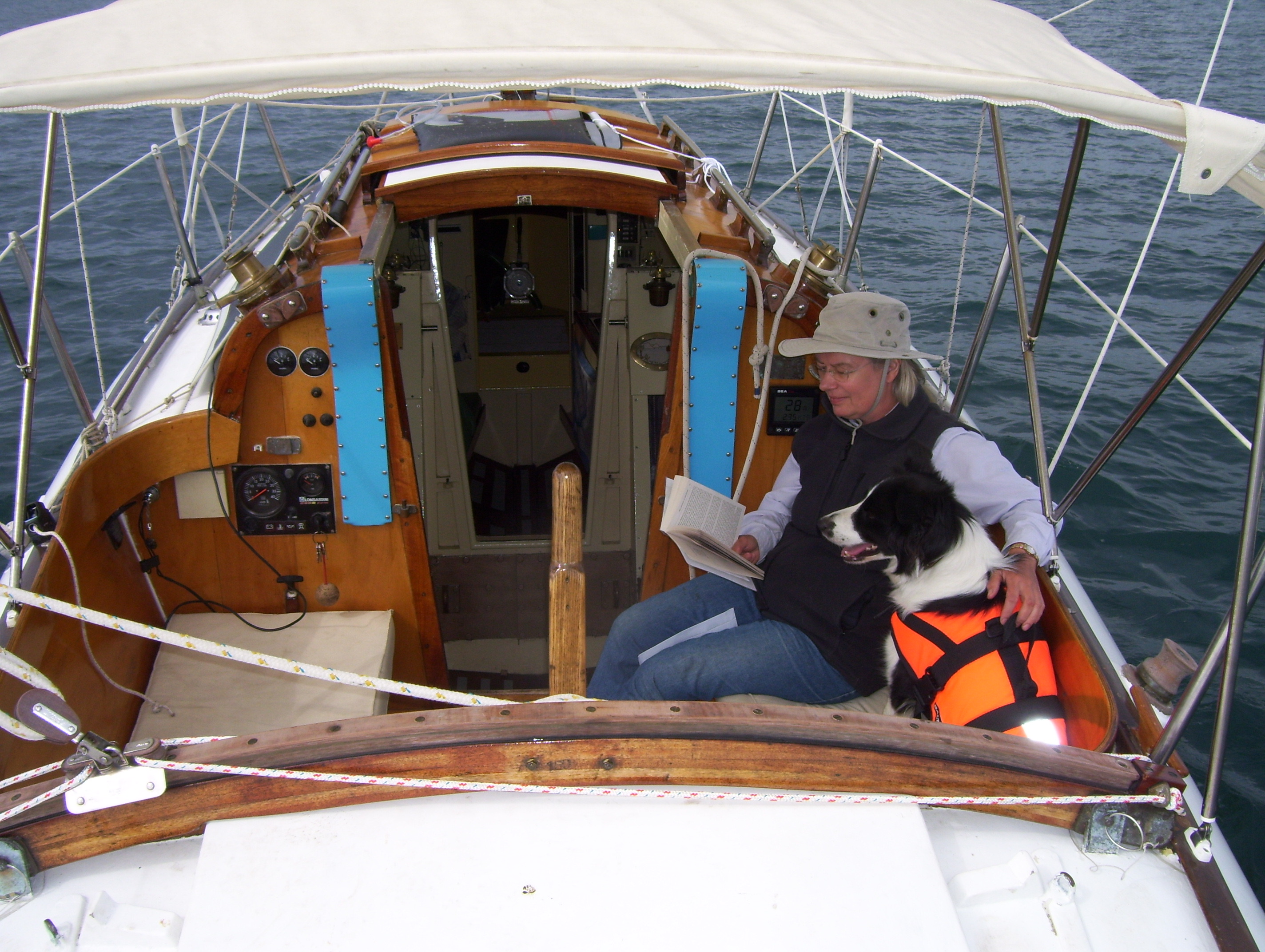 Sailing in the sun with the spinnaker pulling well, and the auto helm steering.

I am talking about those blue things mounted either side of the cabin entrance. They are original features of the Atalanta and the Titania. They are common on factory finished boats which had engines installed from new.

Those curved alloy panels (the blue bits) are screwed to wooden sides. The top of the ventilator protrudes forwards over the coachroof. It catches any draft passing over the coachroof, and forces it down inside the ventilator. Any water falls out of a thin slot at the bottom. A number of holes are cut in the bulkhead underneath the blue bit. On the other side of the bulkhead are wooden ducts which follow the line of the companionway sides. They duct the air into the front of the engine compartment.

So that is air going in, how was it meant to get out? 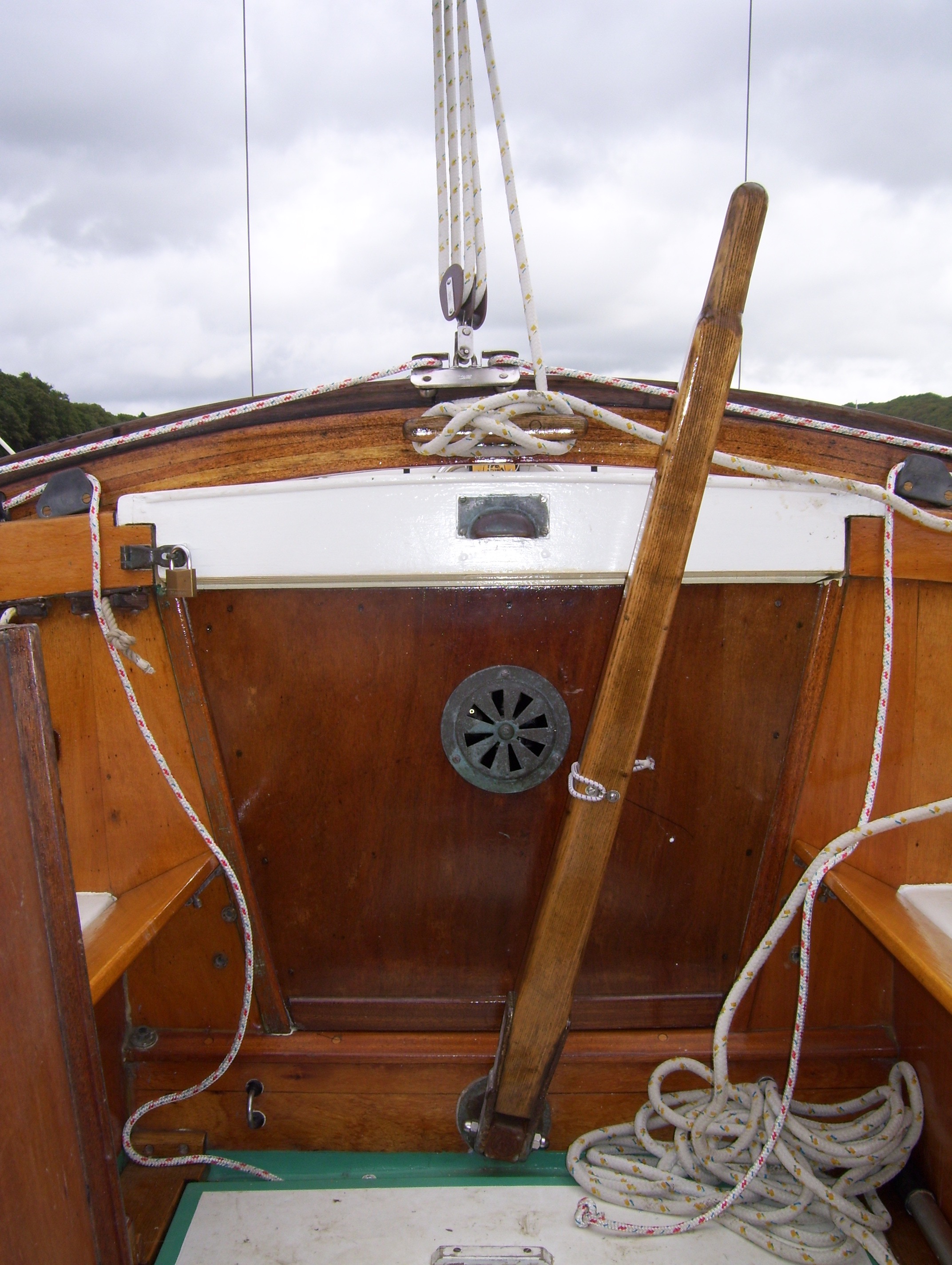 The engine ventilation was always considered to be insufficient. Two inlet ducts and two outlet ducts – and still not enough!

I suppose it was all the bends and limited diameter ducts which restricted the air flow.

What have I have done to provide sufficient ventilation for use in the Mediterranean? I retained the original vents in the forward bulkhead. In fact I reinstated them. All that was left when the boat became ours were the blue bits, and the holes in the bulkhead. I only retained them for aesthetic reasons, they were original. However I made ducts to carry any air they delivered into the engine space.

I also made new ducts. Using plastic ducting, the rigid flat type they sell for bathroom fan ducting. On the starboard side I fitted a proprietary engine exhaust fan and ducts to lead the air into the space behind the cockpit backrest. Two new vents in the top of the backrest allow the air to escape. On the port side I did something similar  without a fan to let air in. Now you can feel a solid flow of warm air coming out of the outlet vents!