Calista took Dominic Dobson and myself on a cruise around the Milford Haven last week. Not actually Easter week, but the week after (Easter was early this year so it was still pretty early in the season)!

The weather was cold and windy throughout, and we spent most of the week with two deep reefs permanently in the mainsail, and very little of the genoa unrolled.

We managed to sail out of the Haven on the Monday to Skokholm Island and back, and on the Friday to anchor breefly in South Haven on Skomer Island. Apart from that we spent the week inside the Haven – due to strong winds.

We visited Sandyhaven, Angle Dale, Llangwm, Rhoose Ferry, and the town of Milford Haven itself.

We spent most days beating down the haven against the strong westerly winds, or running back up the haven to seek shelter.

The worst of the weather was on Monday night when it reached Force 9. We were firmly aground in Sandyhaven at the time, but the gusts were so violent that the whole boat shook with every gust. Not a good nights sleep! 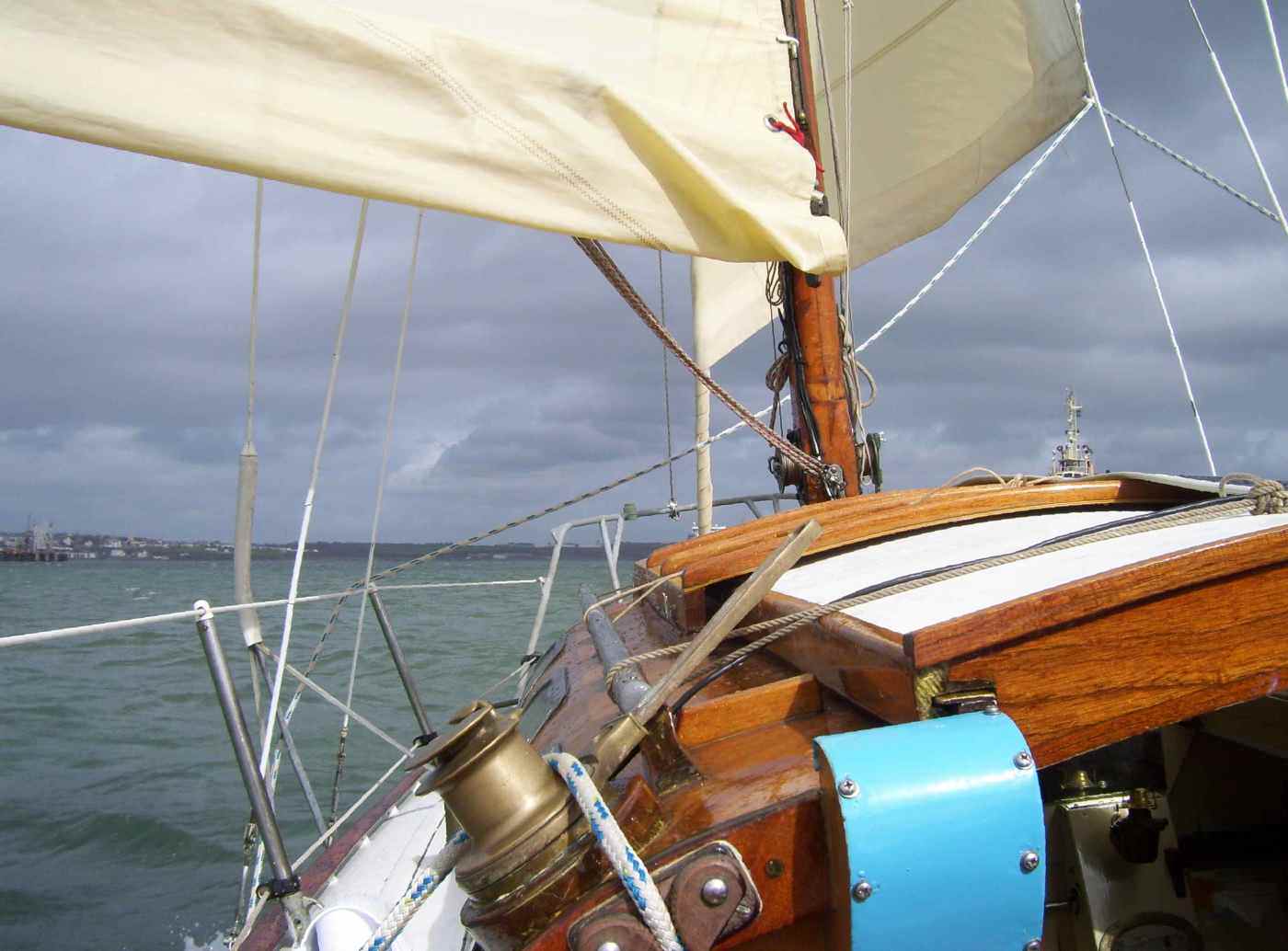 Calista running up a sheltered section of the haven with a heavily reefed main and scrap of headsail exposed to the wind. 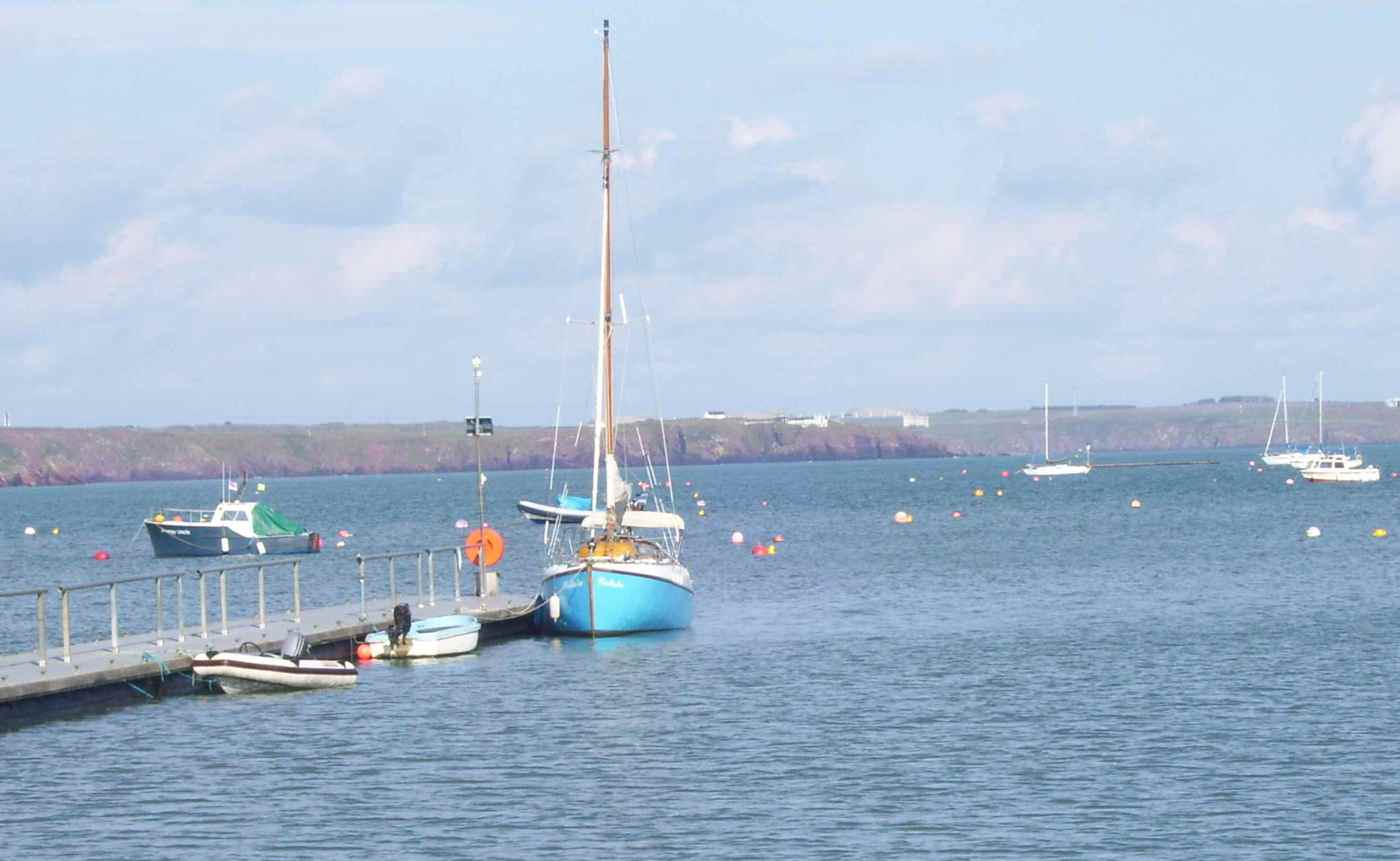 Thursday night tied up alongside the pontoon at Dale. It was about the only time when the wind dropped to Force 4.