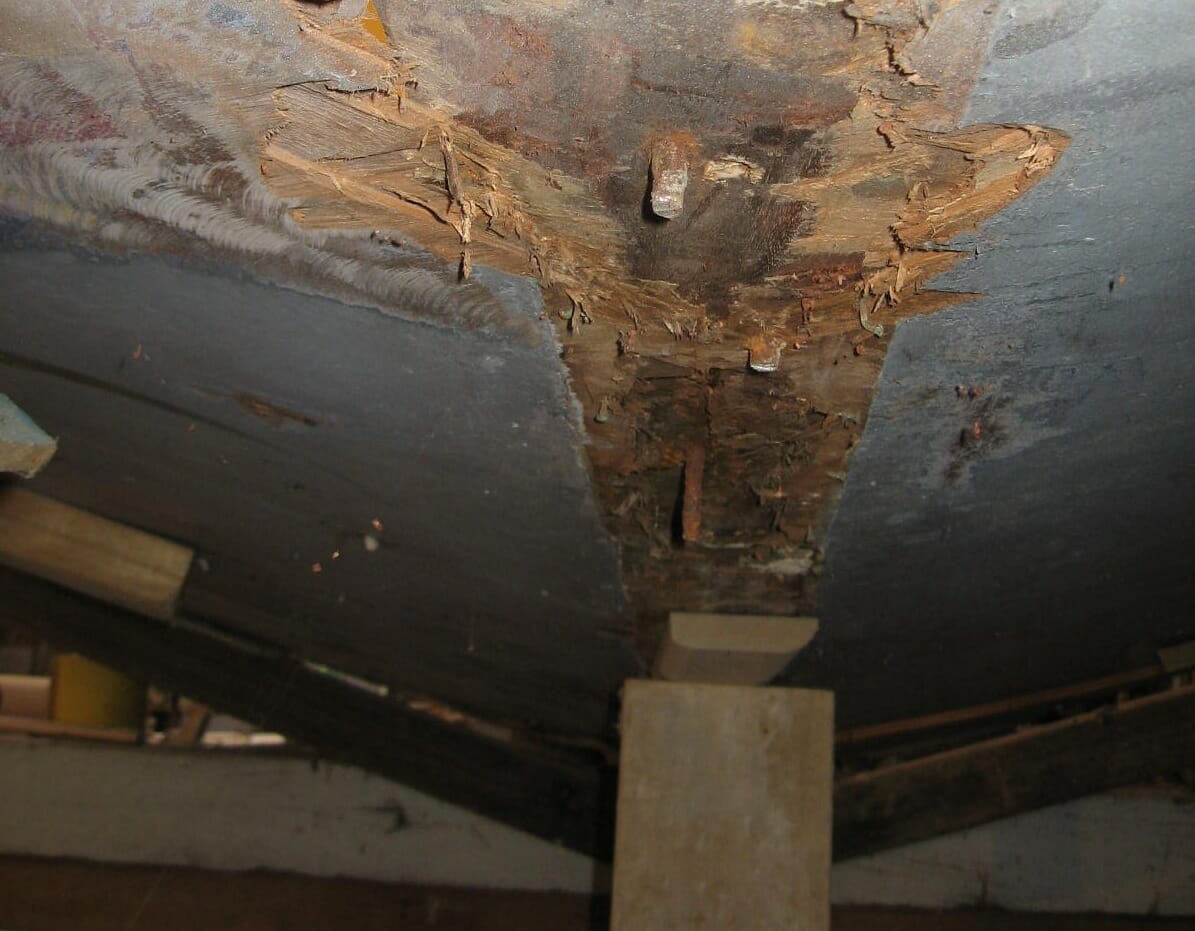 This is what remains of the bolts that held Methuselah’s skeg on and the planking under it. I will have to replace the planking from the transom forward to the engine bay, from the centerline out to about 300mm. My plan is to cut the planking back to the new (thicker, wider) stringers I have put in, then put in the first layer of veneer, then router out to the next stringer etc, so the repair is stepped. Getting those rusty old bolts out of the keelson wont be easy, the keelson itself is ok, although I will have to drill out the bolt holes to good timber, then plug them once the bolts have been removed.

How did you do Calista’s?

Your transom is original – that seems to be how they made them. Mine is the same. I had to rebuild the transom on Calista. The bottom 8 inches was totally rotten, as was the keelson as far as the “P” bracket. Quite a daunting repair! So I cut back the transom in steps and fitted veneer in in stages to laminate up “ply” in situe. Of course I also scarfed in a new section of keelson and a new sandkeel. That left the transom sound but clearly repaired.

The transom is a very important part of a boat, and how it appears is quite an issue – well that is how it seems to me. The transom is something of a statement about the boat.

After much thought I used a circular saw to cut slots 2.5mm deep all over the transom, and then removed the rest with a chisel, to leave a flat surface 2.5mm below the proper finished surface level. I then veneered it in three sections, the top section in a single length covering the solid wooden section, and the rest in a port and starboard section. It resulted in a finished veneer level with the original level, but in clean new wood. The only negative is with the holes left by the staples. They are visible in the vinished varnishwork, an I havnt worked out how to hide them properly.

Of course I have done something similar in the cockpit. I will take some photos when I go out to Calista this afternoon.

Of course it then took a lot of sanding and varnishing.